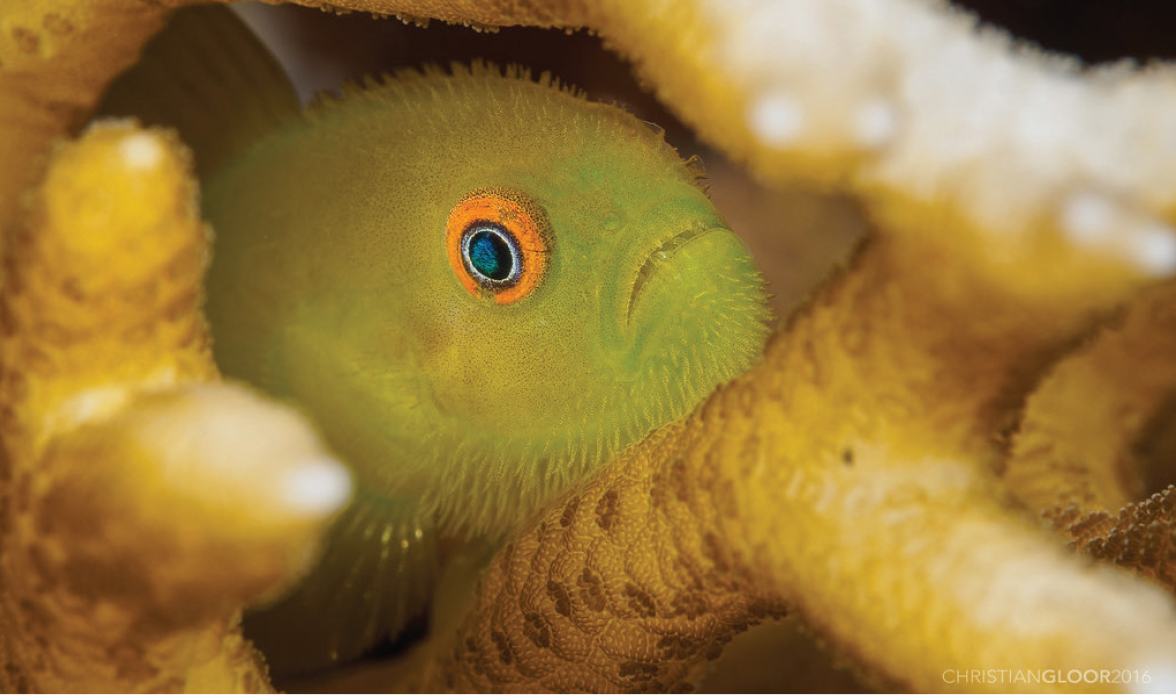 Emerald coral gobies can return to their “home” reefs. Credit: Christian Gloor / Flickr CC BY 2.0
You’ve probably heard that birds of a feather flock together. It turns out the same may be true for reef fish called emerald coral gobies. These fish live in small groups that include a single breeding pair and a host of subordinates who are ready to step in and take over as the male or female breeder if one of them dies. Scientists have learned from past research that these non-breeding subordinate gobies stick around in each group because being together offers them safety. The remaining question was why the larger breeders were willing to share space and resources with the hangers-on.

Genetic analysis of 73 gobies from 16 groups in Kimbe Bay, Papua New Guinea revealed the likely reason—family loyalty. Biologists discovered that gobies in each group were more related to one another than to gobies in other groups on the same reef. Further, gobies at the same reef were more related to one another than to gobies at other reefs. This might sound unsurprising at first—except that gobies, like many reef fish, don’t spend their early lives on a reef at all, much less the reef where their parents live. Instead, goby larvae ride the currents of the open ocean for several weeks, where they’re less likely to be targets of hungry predators. Previous research has suggested goby larvae can choose the currents they ride so they can return to their “home” reef.

Putting all these findings from different studies together, scientists are getting a fuller picture of the lives of these reef fish. It seems their larvae return to the reef they came from, find a group of kin, and stay with them for safety, even if it means sharing food and other resources. Emerald coral gobies keep it all in the family.