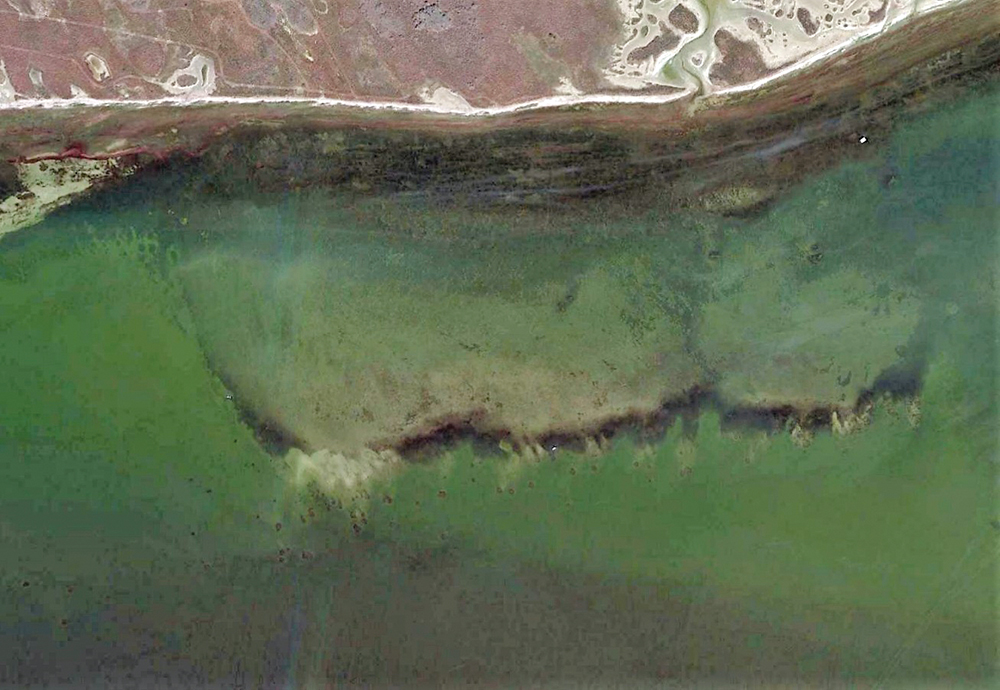 In Texas, normally sometime around Thanksgiving, water temperatures in our coastal bays dip down into the 50s and stay there for at least a few days. When this happens, cold weather patterns emerge as the most productive ones for catching trout and redfish. Hypothetically, this happens because of a natural response the fish exhibit when confronted with water temperatures declining to a point where they become uncomfortable.

I chose the word hypothetically to start the last sentence for a reason; the fish have no way of telling us if water temperatures measuring below 60° make them uncomfortable. I assume trout and redfish feel discomfort in cold water because they apparently leave it temporarily, especially when places holding warmer water lie close to their favored haunts. Again, I used the word apparently because I've based my belief in the veracity of the statement on anecdotal evidence gathered with a rod and reel, not by tracking fish with devices which would provide direct knowledge of their locations.

Some of what we believe about the behavior of trout and redfish, especially with regard to their tendencies to move about in response to various stimuli in their environment, relies on our ability to draw conclusions from anecdotal evidence, rather than the kind obtained through scientific research. Certainly, to me and many others, trout and redfish appear to react to the season's first few strong cold snaps by retreating from the shallows into water of greater depths, where temperatures remain higher for a while. Significantly, the fish also return to shallower water when conditions moderate, sometimes bearing ravenous appetites.

Anglers who believe these statements and who understand the need for planning trips to coincide with different stages in the cooling and warming trends dictated by the passage of harsh cold fronts from the middle of autumn through the middle of winter stand some chance of connecting with large numbers of hungry fish packed into relatively small spaces. In some of these places, the average size of the trout will run well above normal, sometimes into the epic range. Most of the consistently productive cold weather spots in Texas bays share some critical attributes.

Normally, a land mass provides protection from the chilling effects brisk north winds exert on shallow water in a place where anglers regularly catch plenty of trout and reds when water temperatures first dip into the 50s. Obviously, strong winds blowing over a bay create wave action, which mixes water of different depths. In places where chilly winds blow onshore, this causes the shallow water to cool down fast, from top to bottom, and fish generally retreat from such places soon after they feel this effect.

Conversely, in places lying in the lee of a large land mass where northerly breezes blow offshore, winds don't create wave action of such magnitudes, and the water becomes more layered, in terms of temperature. In some places, the shallow water lying in a protected leeward pocket measures three or four degrees warmer than water of the same depth outside the protective cloak provided by terra firma. This matters to trout and redfish when water temperatures descend below 60°, especially when they fall into the mid-50s and lower.

Another shared aspect of the most productive winter hot spots relates to their inclusion of water of significant depth, where fish fleeing the cold can limit Jack Frost's numbing effects.  Areas close to the main basin of a bay, where depths reach or exceed seven feet, or to channels and guts, with water of similar or greater depths, meet this description. In the best case scenarios, these places also display one other important attribute: they include cover and structure elements in the shallows lying close to shore, where the predators can find food with relative ease.

In Upper Coast bays, these elements most often occur in the form of oyster reefs. Farther south, they might include grassbeds, sandbars, reefs, and/or rock formations. Where I live and work, in the waters south of the JFK Causeway, three famous places provide Texas' saltwater anglers ample opportunity to make memorable catches from about the middle of November through sometime in February. The best approaches for fishing these three locations vary slightly, since they don't include exactly the same features.

One of the most famous places lies in the Upper Laguna Madre, along the King Ranch Shoreline. In the first half of the cold season, the area north of the Pure Oil Channel provides the most reliable action. This likely results from the relatively short distance between the deepest nearby water (which I and others often refer to as the “swag”) and the shoreline shallows. From Pure Oil north to Pita Island, anglers who time their outings to coincide with the proper parts of the cold weather cycle catch lots of fish, including some giant trout.

As is the case with any of these spots, one of the best times to fish this stretch of shoreline starts a couple hours before and for about an hour after a front passes over the coast. Fish tend to feed voraciously in this situation, repeatedly rising to tackle topwaters in and around the potholes and grass mats adorning the bank. Once the frontal winds stiffen the flags for a while, the action abruptly ends, often for two days or more, as the fish retreat into the swag to wait for a warming trend. The next big bite usually occurs on the first day the winds die down and temperatures begin to rise, tempting hungry fish to return to the shallows close to the west shoreline of the lagoon.

Because the water in this area tends to run stupid clear, catching fish in the shallows proves much easier in low light conditions. This becomes especially true under bright skies, which typically prevail after a frontal passage. Consequently, anglers who want to experience the best catching on the King Ranch Shoreline in early-winter often wait until late-afternoon to leave the dock, then fish their way through the gloaming and into the early hours of night.  The smartest ones do so on the first day winds blow gently onshore after a bitter cold snap, throwing slow-sinking twitch baits around potholes and grass mats quite close to the bank, if tide levels run medium to high, a bit farther from shore if less water covers the flats.

Farther south, in Baffin Bay, another famous place produces great catches of trout and reds, including some monster trout, during this same time frame. The rock-studded sandbar known as Cathead, lying on the southern fringe of a shallow, muddy flat in the lee of the Point of Rocks, ranks at or near the top of the best places in Texas to catch trout of grand dimensions in frigid weather. The conditions most conducive for catching trout in the first half of winter at Cathead vary slightly from those which elevate the potential on the King Ranch Shoreline. As with any great cold-weather spot, the catching can be fast when a front first blows in.

And as with all these spots, a lull in the catching will occur for a while, as the chilling effects of the front settle in. At Cathead, though, the best opportunity for catching numbers of the kind of trout which made this bay famous (meaning those measuring at least 30 inches and weighing upwards of 8 pounds) occurs when the weather first turns a corner for the better after the passage of the front, while brisk north winds still whistle. Perhaps this results from the short distance between the deeper water where the trout generally wait out the cold and the rocks and grassbeds dotting the shallows. Perhaps it relates to the supremely protective effects generated by the lay of the land; I can't say for sure.

But certainly, many of us who've fished Cathead for years know we can expect to experience some fast catching as soon as winds die down under about 15 knots or so, and water temperatures stop declining, perhaps begin to tick up a bit. Generally, the west end of the system produces better in colder weather, and when the north winds include more of a westerly component, and the eastern half of the system produces better when conditions bottom out at slightly higher values, and when northeasterly winds prevail.

A strong westerly component in the wind serves to elevate the potential in the last famous place touted here as ranking among South Texas' best early-winter hot spots—Gladys Hole.  Lying as it does to the west of the ICW just south of the southern entrance to the Land Cut, this famous flat and its feeder gut share some of the same attributes as the other two places, since the land mass provides protection from northerly winds, and shallow grassbeds offer the fish a reliable place to find food close to the deeper water into which they retreat during cold weather events.

In Gladys Hole, anglers sometimes catch lots of fish, including some really big trout, in the shallow parts of the cove west of the feeder gut's end when tides and temperatures run high for this time of year, also right when strong fronts arrive. The best time of all to fish the place, though, happens after strong NW winds force most of the water out of the cove, and fish retreat into the gut lying adjacent to the ICW, or into the ICW itself. Much like they do on the King Ranch Shoreline close to Flour Bluff, the predators inch toward the shallows when water temperatures begin to moderate. In Gladys Hole, they stack up near the end of the feeder gut, while the water outside the gut remains extremely shallow.

In such a situation, the catching can seem almost other-worldly.  I've had days where everyone in the group caught 100 or more fish, both trout and reds, usually on slow-sinking twitch baits, some of them trout big enough to paint a smile on any coastal angler's face.  Each of these three areas provides similarly satisfying potential, especially for those who time their efforts intelligently, considering the specific phase of the weather cycle, the temperatures of the air and water, and the tide level.  In all cases, this also means learning how to navigate safely to these places when Old Man Winter screams with seemingly mean intensity.