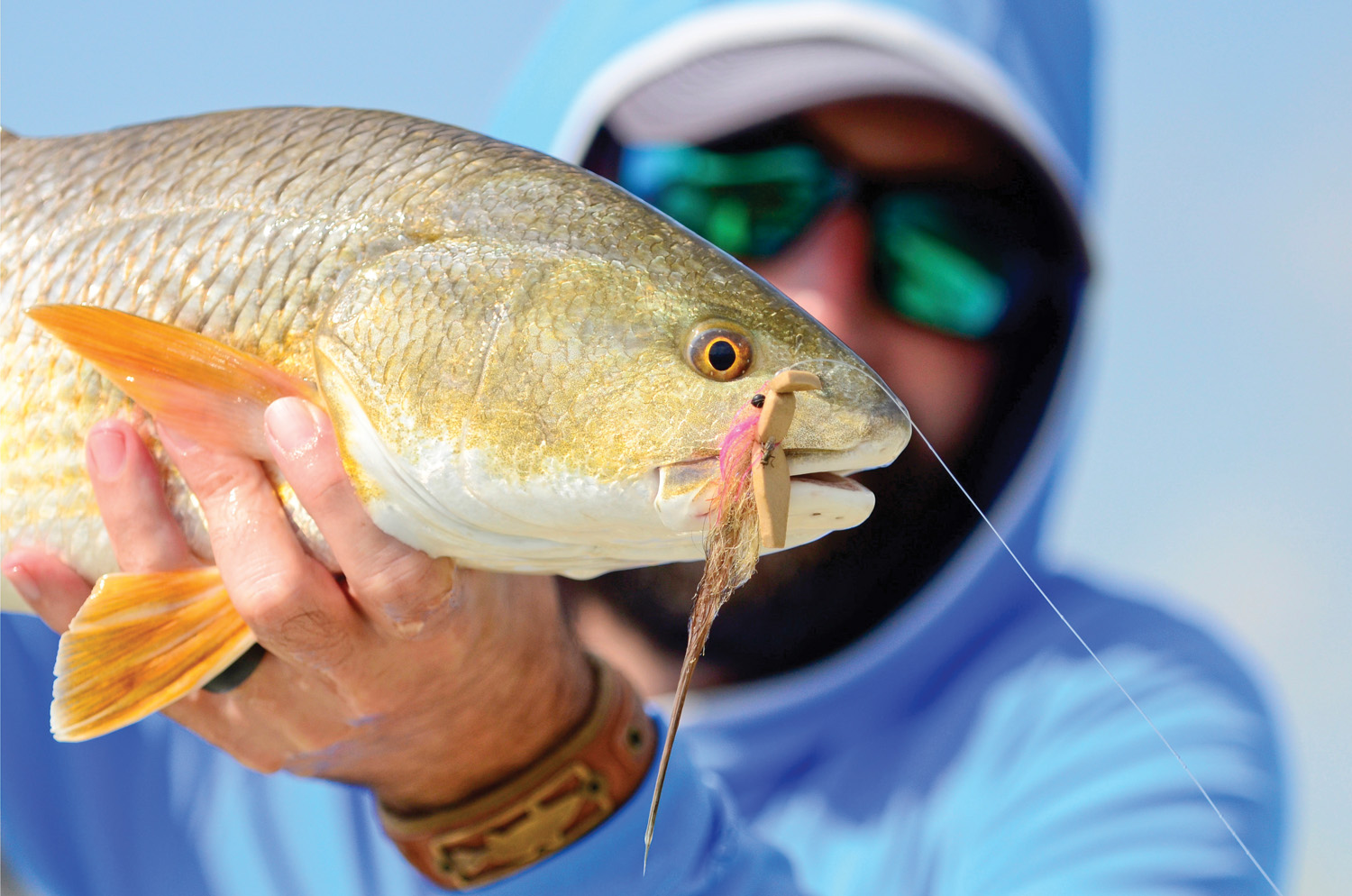 Since the hurricane, fishing has been very up and down due to factors such as high and/or dirty water, so I decided to go looking for something better. After looking at the forecast last evening, I decided to call a trusted friend to go check out a “secret spot” that I have been fishing since the mid ‘80s.

So…let me tell you about my day (01 Oct 2017). It started by waking up next to a curled up yellow lab, Sonny, who started thumping his tail at the first sign of my stirring. An hour later I was drinking coffee and enjoying great conversation with longtime friend Brandon Smith as we headed down the road to enjoy a nice fall morning on the water.

We were welcomed at the ramp to clear skies, light winds and no line ahead of us. So, like a well-oiled machine, we were launched and idling away from the dock in less than two minutes. After a lengthy boat ride we arrived to the area I intended on fishing to my worst nightmare. After fishing this area since I was 16 and never seeing another boat, much less a poling skiff, my stomach soured as I saw someone perched on a poling platform. My very last secret fishing spot has finally fallen prey to Google Earth.

I really think the thing that upsets me most, is that for years, if I was fishing the area and saw another boat from my platform, my angler and I would step down and have a drink of water until the other boat was out of sight. This guy was standing as high as possible, waving his push pole higher, and continued fishing closer and closer to where he could be seen by passing boats. In contrast, I always fished the spot as far from the main waterway as possible, to avoid being seen. I just hope he does not tell anyone about this special place or worse, post it on social media. Just a few years back, I had another area where I had never seen anyone before discovered by a young guide who destroyed it with social media in a matter of a few months.

Anyway, after nearly stroking out and listening to Brandon laugh at me as I cursed and slammed things around, I idled in and we went fishing.

As the blood returned to my brain after my near stroke, I dizzily climbed onto the platform and started looking for fish. About 100 yards down the bank we spotted the first fish but I had poled past it. I spun the skiff to give Brandon the shot but was a little too violent with change in direction, and blew it for him. I apologized and gathered myself as we moved quietly into the light wind. The next fish we spotted fell victim to a well-placed cast and inhaled the offering near the surface, as did the next couple of fish.

“These fish are eating good,” Brandon pointed out. “Do you think they will eat on top?” Shortly thereafter I was tying on a gurgler.

Mind you, I often get asked the same question by customers and often (not always) discourage them from even trying. The reason for this is that redfish seem to exhibit a low hook-up ratio on top, and the majority of my customers seem to be more interested in quantity. I do however have a few sports that are more interested in “the bite” and we will sometimes give it a try. This is especially the case when we are seeing the fish rise up from the bottom, much like today, to eat flies.

Now, before I finish telling you about my day, let me tell you about my favorite topwater fly for Texas reds. Many years ago, while down in Florida, I was introduced to a fly you all probably know- the gurgler. Now I do not know who came up with this gem but he was a genius. If there was ever the perfect topwater fly to mimic a shrimp, the gurgler is it.

I tie the majority of my gurglers in tan with an EP Tarantula Brush underbody (the rubber legs simulate the legs of a shrimp). In addition, I like for the brush to incorporate some sort of UV color such as UV orange or UV pink. I believe the UV helps fish see the fly in off-color water. I also really like them tied in black for real dirty water, or when fishing early or late.

As for the remainder of the day, it truly was an epic bite. To me, few things are finer than watching a redfish fall in behind a popping or waking topwater trying to decide if it is going to eat or not. And, the best part- you never know what they are going to do when that switch does flip in their head. My favorite is when they turn upside-down to eat. I have even seen them, after a long follow, literally leap from the water and crash down on the fly. Redfish can jump!

Back to our epic day…one of my favorite moments was when Brandon had an oversized fish track the fly all the way until the leader was in the rod tip. At the last second the brute then raised its head out, only to lay eyes on the skiff and two guys that wanted nothing more that to give it a toothache and a little exercise. Needless to say, the fish thought better when it’s eyeballs cleared the water and saw my ugly mug staring over Brandon’s shoulder. As the best fish of the day bolted away in a mud rooster, we decided to call it a day.

The long drive back and some more great conversation, the near perfect day ended with me on the couch with a glass of some good sipping tequila with Classic Tequila Sunrise (Sonny) curled up at my feet. As for tomorrow, if you watched the news the evening of October 1st… who knows what is in store for us all in the days to come. God bless you all!