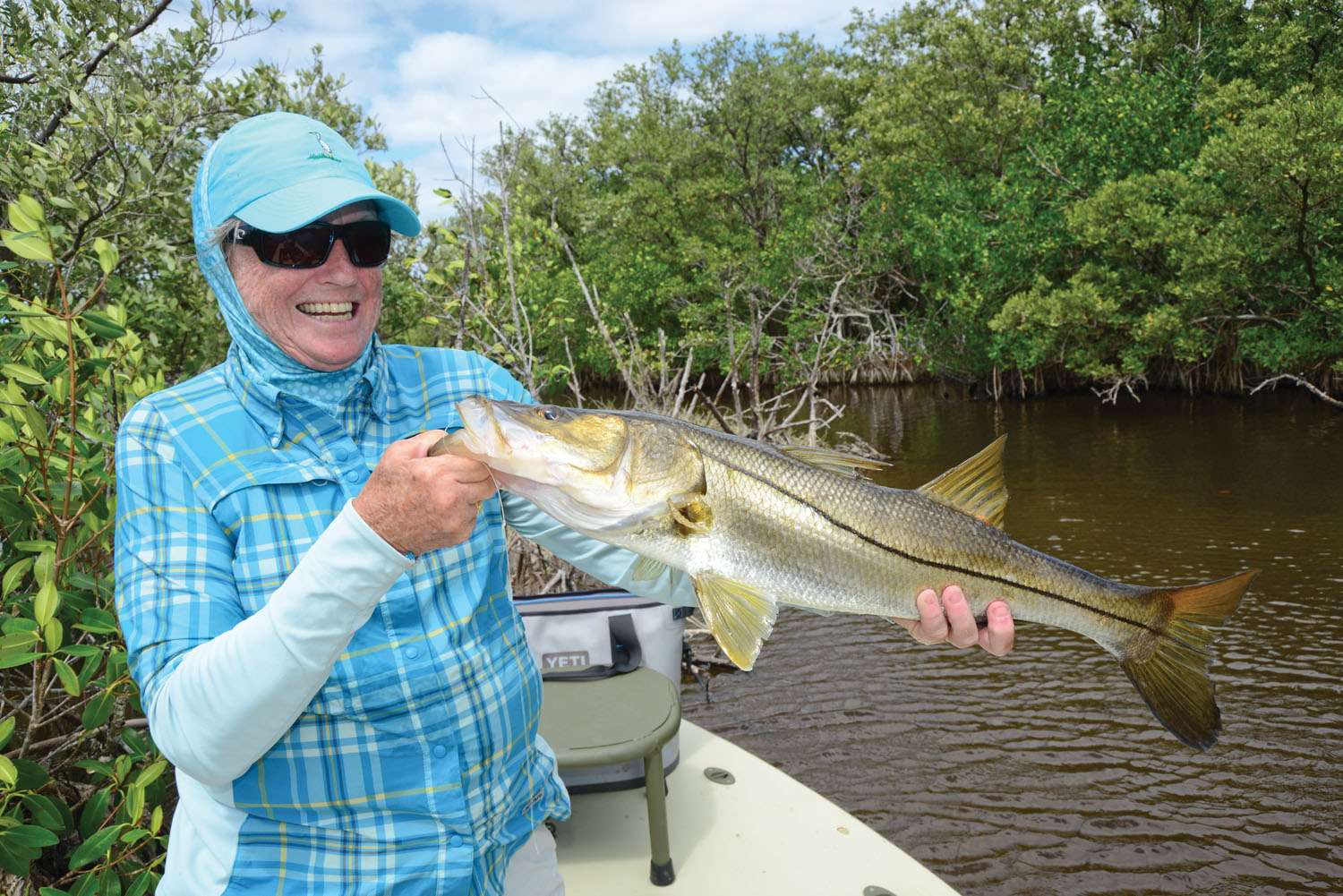 One of the biggest keys to success in fly fishing is the ability to adapt when things aren't going exactly the way you want them to.

When I speak of adapting I am talking about any of a number of things that can make the difference between catching a fish one day and none the next. Whether talking about changing a fly or fly line or even changing the species that you were planning to pursue on a given day. The key is flexibility and the ability to think outside of the box.

Perhaps the greatest challenge anglers face is transitioning from sight-casting to blind-casting. I know that I have touched on this subject many times over the years but, I feel that I cannot overemphasize the importance. In short, if you're moving down a shoreline that obviously has fish on it but you cannot see them because of poor water clarity or cloud cover, the obvious thing to do is switch to blind-casting.

So now let's say that you are blind-casting with little or infrequent success, it might be time to make further changes, like going to a bulkier fly that has more presence and moves more water, or perhaps a fly that makes a lot of racket. From there you might consider going to a clear tip line whether it be floating or intermediate. All of these things can play a factor.

From there, let us talk a about the choice of a fly rod. And when I speak of this I do not mean brand. Let us say that we are fishing for redfish in foggy conditions with limited visibility somewhere along the Gulf coast and most of the opportunities are coming within 30 feet of the bow. Naturally, at this short range the fish are spooky. There are several things one might do to assist with the delivery of the fly. The first, at least as I see it, is to go to a weighted fly, to get down to the fish quickly before they spook. The next would be to go to a slower-action rod to provide a more delicate delivery of a lighter fly.

Maybe the only adaptation required is to select a fly of a different color. For example; in a poor clarity situation when the fish seem to be ignoring the offering, it might be because they do not see it. In this scenario, a darker fly, especially in more turbid waters, might do the trick.

The point is that there are many situations in which a fly fisherman can adapt and make changes that will facilitate the catching of fish but, what if Mother Nature has other plans and/or the species being pursued just flat refuses to cooperate? This is where the angler has to decide if they want to fish or if they want to catch. A perfect example of this can be found by looking at the lead image of this piece.

As you can see in the background of the photograph, it was an ice cream day to be on the Gulf looking for tarpon. But, what you cannot see is the fact that the tide was very weak. Tarpon that had been very plentiful the previous day just seemed to up and disappear. I know you have heard the old saying about turning lemons into lemonade. And that is exactly what we had to do that day, except that we turned a tarpon trip into an epic day of catching tripletail on the fly.

Now take a look at Mrs. McDowell's nice snook. Not the tarpon that she booked me to go after but–what do you do when the wind blows 20+ knots and the water turns to Nestle's Quick overnight? You look instead for protected water with good current, put on a fly that moves some water, and you start banging every inch of shoreline until you feel the line come tight. Or, in the case of this particular day, we decided to explore some water I had always wanted to fish but never had the time. The results were obviously photo-worthy.

So, I have given a couple of more glamorous successes we have achieved by adapting to conditions but, there are days when the outcome may seem a bit more lackluster. A good example might be when you look at the forecast the night before and storms are expected to be moving into the area mid-morning. Well, instead of sleeping in, you might consider getting out of bed a little earlier and hitting the dock for trout and mangrove snapper. Or maybe getting in some early-morning tailing redfish action before the weather hits. Another possibility could be hitting the flats early and then planning on grinding out a marsh drain with heavier flies on a sinking line in the rain, providing it is safe (weatherwise) to do so. Either way, you are fishing and you all know the old saying- the worst day of fishing is better than the best day at work. The point is, if you have a positive attitude and are willing to adapt, success can be achieved.

Not surprisingly, I just walked outside and the wind is blowing 20+ again, and I just got off of the phone with my customer for today. He asked what our options might be. I informed him I would bring along some sugar to go with our muddy water and lemons.