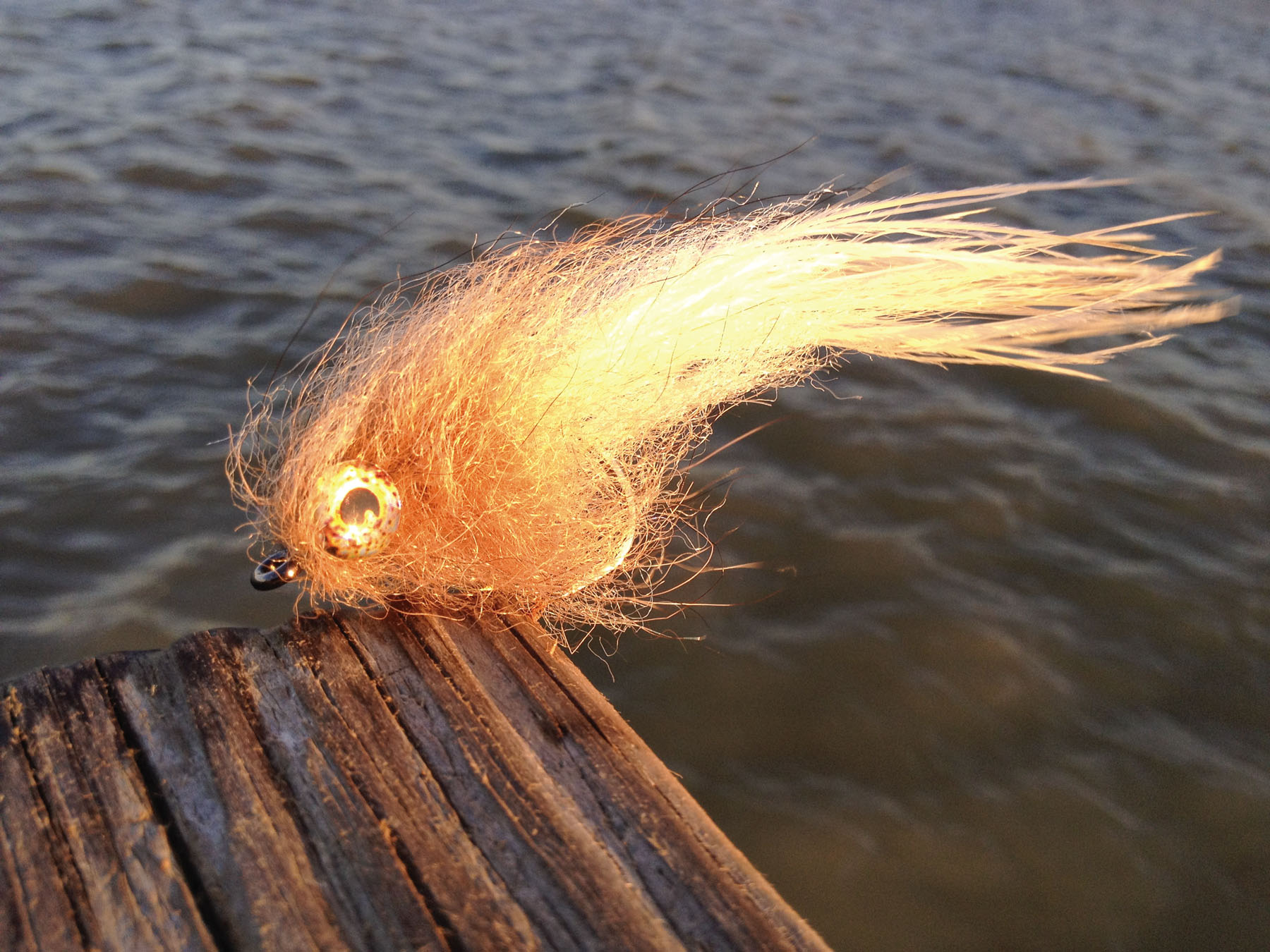 One of things I love most about fly fishing is the creativity that can be linked to so many aspects of it. One of the more creative facets that almost everyone in the sport takes part in is the tying of flies. For many, nothing can be more exciting than catching a fish on a fly tied with your own hands. And, while some might argue that tying their own is too difficult or too time consuming, I will take the exact opposite position and say with great certainty that thanks to the ingenuity of a few individuals, tying your own flies has never been simpler.

While I am a big fan of tying with natural materials I find myself more and more turning to synthetics or at least incorporating them into my patterns. One of my favorite tying materials these days is actually a combination of a synthetic and natural fibers called a Foxy Brush.

Over a decade ago, a gentleman by the name of Enrico Puglisi took the fly fishing industry by storm when he introduced a product called EP Fiber. This material is a synthetic hair that does not absorb water and that can be, with practice, used to create some of the most lifelike baitfish and shrimp imitations to be found anywhere. One of the things that makes EP Fibers so great is that, unlike natural materials, it is consistently the same. This can be very important in regard to tying certain patterns. But he did not stop there and few years back introduced what I consider to be one of the greatest contributions to saltwater fly tying- the EP Dubbing Brush.

The EP Dubbing Brush is basically a perfectly pre-spun brush made up of synthetic fibers that allow the novice fly tier to create baitfish and shrimp patterns in only minutes. One of my favorite flies is something that I call a simple shrimp. It is nothing more than a craft fur tail tied in at the bend of the hook with some plastic or bead-chain eyes tied in about halfway up the shank with a dubbing brush wound from the tail forward, around the eyes and up to the eye where it is cut and secured. After that, take a sharpie marker and bar the tail and viola an awesome little shrimp imitation. The whole process takes about two minutes.

But again, I still like to utilize natural materials for various reasons ranging from the lifelike movement all the way to their ability to trap air and float a little higher in the water column. This is where my friend Mr. P took it to a whole new level by incorporating one of my absolute most favorite naturals, arctic fox, and combined it with EP fibers to create the Foxy Brush. A material that, when combined with a few other natural materials, makes some of the sexiest flies I have ever seen.

But Mr. P is not the only one out there making the fly tying fools' lives easier. Just last year one of my customers and a damn fine fly tier, Jake Battle, stepped onto my skiff for a day of fishing and he had a very sexy fly attached to his leader that instantly caught my attention. After inspecting it closely I noticed that the big eyes on the fly were not glued or set with epoxy like they normally would be; they were tied on. An inquiring mind had to know more and he informed me that the eyes that he used were made by a company called Clear Cure Goo. So, after calling my boys at the fly shop and having been informed that they did not carry them, it was off to the internet. Upon visiting CCG's website I learned that these folks were doing so much more than just the eyes on Jake's fly that caught my attention.

In addition to the dumbbell eyes, CCG was making an extensive line of stick on eyes in a variety of colors and sizes and an epoxy type 'goo' that was made for building up the heads of flies that is cured by the rays of an ultraviolet flashlight. Having tried other UV cured materials in the past and being far from impressed, I was skeptical. But alas, I am a sucker for good marketing and had to give it a try.

All in and all done, I have to say that CCG has finally created or discovered a UV-cured substance that, unlike it's predecessors, actually cures. It is truly worth having at the fly tying bench, especially for the tier who sits down and ties flies one or two at a time. CCG offers several versions or consistencies of their "goo" and my favorites by far are the Tack Free and Hydro. The Tack Free is great for building heads up a little at a time and the Hydro is great as a finishing coat after using the Thick or Thin goo to build a more substantial head. The Hydro is also the ultimate thread sealer for any other fly that does not require a built up head. I will recommend that if you decide to give CCG a try, opt for the more powerful of the two UV curing lights they offer. It certainly makes a huge difference in the total cure time of the goo.

Anyway, after all of that above, I thought I would share with you one of my favorite flies in which I have utilized both natural and synthetic materials and have incorporated some of the materials mentioned. This pattern is great for blind-casting deeper water for large trout or for jackfish. The fly is quite simple so I will not insult you with the step-by-step photos however, I will give you a quick rundown of the procedure. First, tie in some bucktail at the bend of the hook and then a liberal helping of ostrich hurl. Next, tie in and palmer (wind) a 5" EP brush about halfway up the shank of the hook and secure, then comb out the brush. From there, secure some CCG dumbbell eyes and palmer a Foxy Brush forward and secure and comb out. From there seal your finished head with some Hydro and bam! You have yourself a great mullet imitation and it didn't take more than two or three minutes.