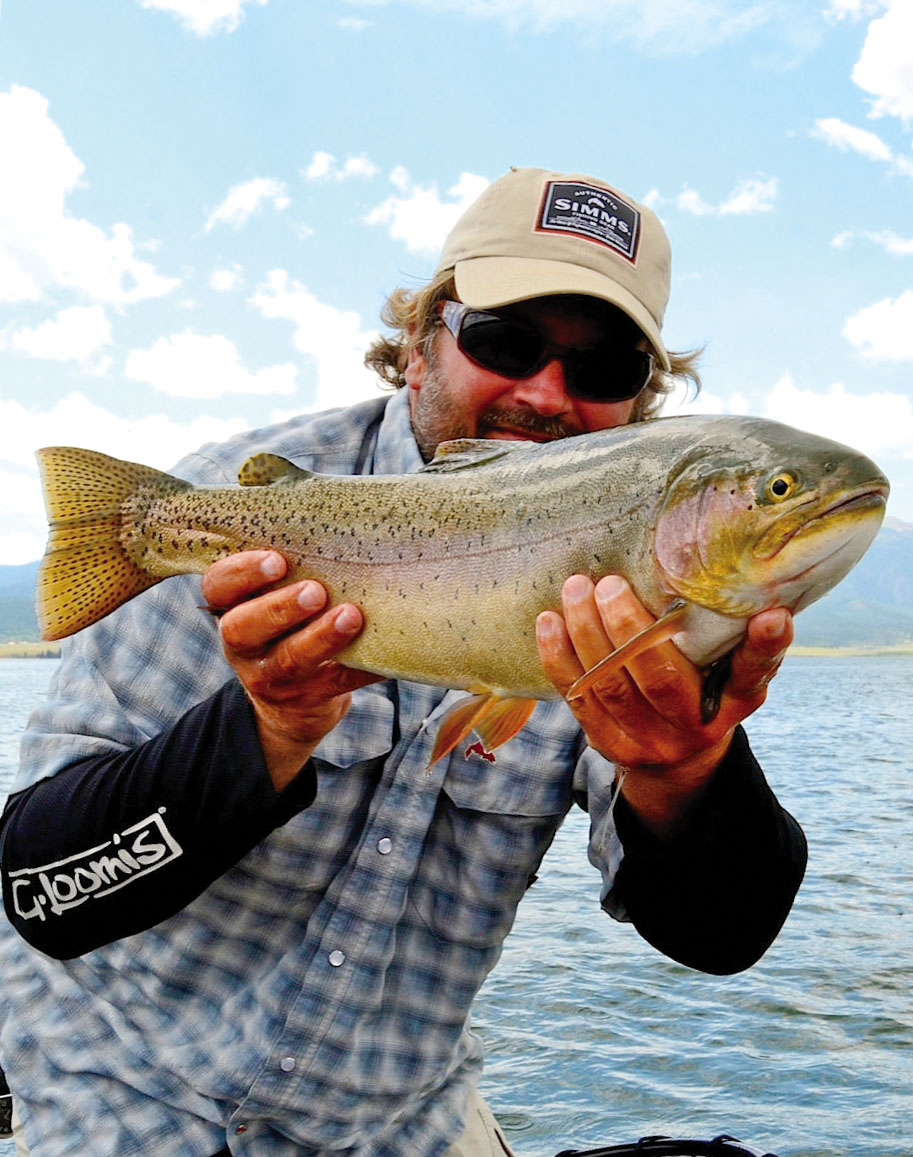 So what does a Texas saltwater fly-fishing guide do when he goes on vacation? Wellhe goes to Montana to cool down and go fly-fishing. I of course say this like I have done it before. Though in all reality, this is my first visit to the mountains and only the third non-working vacation that I have taken since I started guiding full-time some 17 years ago. But let me tell you, if this is what vacations are supposed to be like- I am going to be taking more of them.

But of course in the day of the information age, not even a fishing guide can escape work or, in this case, the wrath of an editor, soI sit on a cliff, under a tree watching the drift-boats go by on the Missouri River below, writing and thinking to myself how different my life would have been had I experienced Montana 20 years earlier. After having now been here for nearly two weeks, I'm quite certain that had I visited this country back in my youth, I probably would have never left.

The funny part is, I have never had any desire to pursue the little fish of the mountains and until earlier this year, never thought that I would. In fact, if it was not for one of my dearest friends asking me to stand with him in his wedding (he is marrying a girl from Montana, if you have not figured it out yet), it was highly unlikely that I would have ever made it here. And, because I am a cheap bastard, I wanted to get the most of my plane ticket. Taking a couple of friends up on their offers to show me the spectacular fishing of their home state, should I ever make it up this way, I decided to take me a two week vacation to escape the infernal heat of the Texas summer.

Now with all of that being said, I thought I would take the time to share with you my take on trout fishing.

First let me start by saying- trout fishing has been nothing like what I ever expected in my wildest dreams. The version that I had in my head was that it would be a serene and a much slower paced endeavor. What I have experienced thus far has been anything but.

I have always known that trout fishing is done by either fishing sub-surface flies known as nymphs or with surface flies known as dry flies. What I did not know however is that trout will also eat streamers very similar to those we use in saltwater. So far, I have only caught a few fish on nymphs and have to say, I do not really care for it. To me, it is not much different than throwing a live shrimp under a popping cork. However, throwing streamers and dries is just about as exciting as anything I have ever done.

The first river that I had the opportunity to fish was the Yellowstone where I joined my good friend Whitney McDowell and one of her good friends Jon Yousko for a day of hopper fishing. A hopper is a generic term for a fly tied to resemble a grasshopper and is fished on the surface. Yousko is a fanatical angler and prefers fishing dries. Being a guest on his boat and knowing not a thing about trout fishing, I followed suit and did my best to listen to the instruction that both he and McDowell gave. They of course warned me that it would be a slow day because of low and unusually warm waters but assured me that, if I continued to present my fly properly, a fish would eventually rise. And, boy were they right. By the end of the float I had a handful of nice brown trout, including one tagged fish (something neither of them had ever seen.) The highlight of my first trout fishing experience however was a nice 18" brown that I caught on a wade off by my lonesome. Let me tell you folks- the explosion on the hopper rivaled that of any speck, redfish or snook blow-up that I have ever experienced. In fact, I was as overjoyed to bring that fish to hand as I was the first time I brought a tarpon boat-side.

A few days later, McDowell and I visited the Big Hole Ranch, a private fishing club that she belongs to, to fish what she refers to as her favorite river anywhere. The first day the water was very low and warming quickly so she called her friends at the Sunrise Fly Shop in the nearby town of Melrose and hired a guide to take us out on the Beaverhead River. We were met early the next morning at the fly shop by Guitou Feuillebois, the young man who was to be our guide for the day. In a short few minutes we were off to the launch to do a little streamer fishing. Now for those of you who are already trout fishermen and who have not thrown streamers to trout from a drift boat, I highly recommend it. However, it is a very fast-paced method that requires good line management skills and quick accurate casts and is not for everyone.

Throughout the day, Guitou, a very patient and hard-working individual, worked to position us in the fast moving water and continuously made fly changes to help us have, what could not be called, anything less than a spectacular day of streamer fishing. We also managed to pick up a few on some floating ant patterns the last couple of hours.

The next day we had the opportunity to do a short float on the Big Hole where I learned why McDowell loves the river so much. Beautiful views of the mountains and abundant wildlife greeted us around every bend as we meandered downstream. And, while we only caught a few fish, we had the opportunity to see several giant fish as the scurried away from pool to pool in search of cooler, more oxygenated waters. I cannot wait to return to hook one of those beasts.

After the Big Hole came one of the biggest treats of the trip which was joining some more of McDowell's friend for a giant music festival out in the middle of nowhere. The best part is apparently I was not the only Texan in town. But what makes this story funny is that- I had to travel all the way to Montana to finally see Robert Earl Keen live. What a great show it was and what made it even better was all the great people that I had the opportunity to meet that day.

There is so much more I would love to share with you like my visit to the Simms factory or the day I spent with my friend Carter Andrews on a lake in Idaho wearing out the trout on light tackle but- unfortunately I am running out of space. However, before I go, I just want to thank Whitney for opening her home to me and to everyone that took the time to take me fishing- thank you for making this the best vacation I have ever had. And to my friend Todd and his new wife Corry, congratulations and thank you for including me. I might never have made it to Montana if you two had not met.