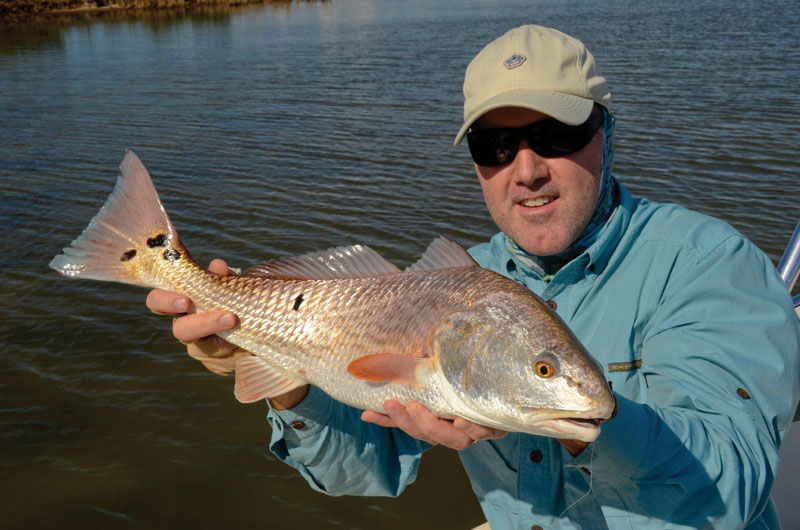 Have you ever had one of those days? As a fly fishing guide, I have had so many that I have lost count. From the guy from Colorado who has been fly fishing for 30 years who can't cast 20 feet, all the way to deadly weather that was not mentioned in the forecast. And, of course, you never have a flat on a trailer until the day you are already running late to meet your customers. I know that it happens to everyone because life in general is just mostly chaos that we do out best to control. Sometimes though, I just like to blame all of my daily frustrations on being not just a guide, but a "fly fishing" guide. Yes, tacking on that label comes with a whole other set of problems. But hey; you make your bed and you lie in it.

With that being said, I stumbled across an image earlier that made me start thinking about the woes of being a guide and I started to reminisce of all the days gone by where nothing seemed to go right. But the funny part of the story behind the photo was that on this particular day (note the smile on my face) the event recorded was not only "one of those days" but also the beginning of a wonderful day. So, to kick off 2016, I have decided to share a funny story that could have ended badly, but instead, turned out to be nothing short of spectacular.

With all the rain we have had of late, it is already hard to remember that just a little over a year ago, we were in the middle of one of the worse droughts in history. These conditions had decimated the bait along the Texas coast and fishing was far from what most have come to expect from our bays. It was the fall of 2012 and the fishing had been barely fair in the previous months. But, people wanted to fish and I needed to eat, so we kept on keeping on.

One day I had a sport by name of Neil Stone with me. The weather was perfect and we had high hopes. We left the dock and I chose a point on the compass and opened up the little 25 Yamaha and headed across the bay. As we were nearing our first stop I felt a thud and my engine raced to redline and beyond. I killed the engine and Neil asked what had happened. I replied that it felt like I had spun the hub. I was right, sort of. I had sure enough spun a hub, I spun the whole damn prop right off the shaft.

Now spinning a hub does suck, but usually, you can at least idle back to the dock. I did not even have a wheel so that was a moot point. But, for whatever reason, I was quick on my feet and could still see the bubble trail left from when we were still on plane, so I pulled out my Boga Grip that has an 18 inch tether and float on it and chunked it out behind the boat were the trail ended.

Now this is where my training as a Coast Guard boat coxswain came into play. You see, I was going to treat this lost prop like a man overboard and the float on my Boga was going act as my datum (fixed starting point) and I was going to start an expanding square search pattern. Neil looked at me like I was crazy stumbling around in the calf-deep muck.

After starting and completing two of these "searches" in which I slowly moved from center about 20 feet, the water had become a mud pit and I had lost all hope. "Well, I guess I will call someone to tow us in. But we can pole around and fish until then," I told him. "Sorry about this, never had anything like this happen before."

He was understanding and I jumped up on the platform to begin poling and to have better cell service. Right before pulling out my phone I realized that I had forgotten my Boga Grip lying out in the mud. So, I hopped back overboard and slopped my way over there. And, when I bent over and took hold of the float to lift my Boga from the water, I heard a metal-on-metal clank muffled by the water.

"You have got to be (insert explicative) kidding me!" I shouted. I then reached down into the water to retrieve my lost wheel. To this day I still cannot believe that I tossed that Boga blindly overboard and it landed within inches of a lost prop.

I looked at Neil, shook my head, and said, "Get ready to whack 'em today; I've got on my lucky underwear."

And, let me tell you, what an incredible day it was. Those redfish were not just sniffing and licking the flies, they were devouring, with reckless abandon, anything that landed within two foot of them. It was most certainly a day to remember.

Now, for the icing on the cake, an assortment of electrical cable zip ties make for a decent cotter-key replacement. Well, right up until you put the engine in reverse, which I found out when I arrived back at the dock. But, I was able to fish the wheel out one more time that day and managed to make it down to Coastal Bend Marine to pick up a proper set of washers and a couple of spare cotter-keys.

I guess the whole reason I shared this story is to make a point. The year 2016 is looking pretty crazy and outright scary these days. But when the news gets too much to watch, go tie a fly or two, have a drink and think about that next crawling redfish or pod of redfish. You never know when things are going to get a lot better.