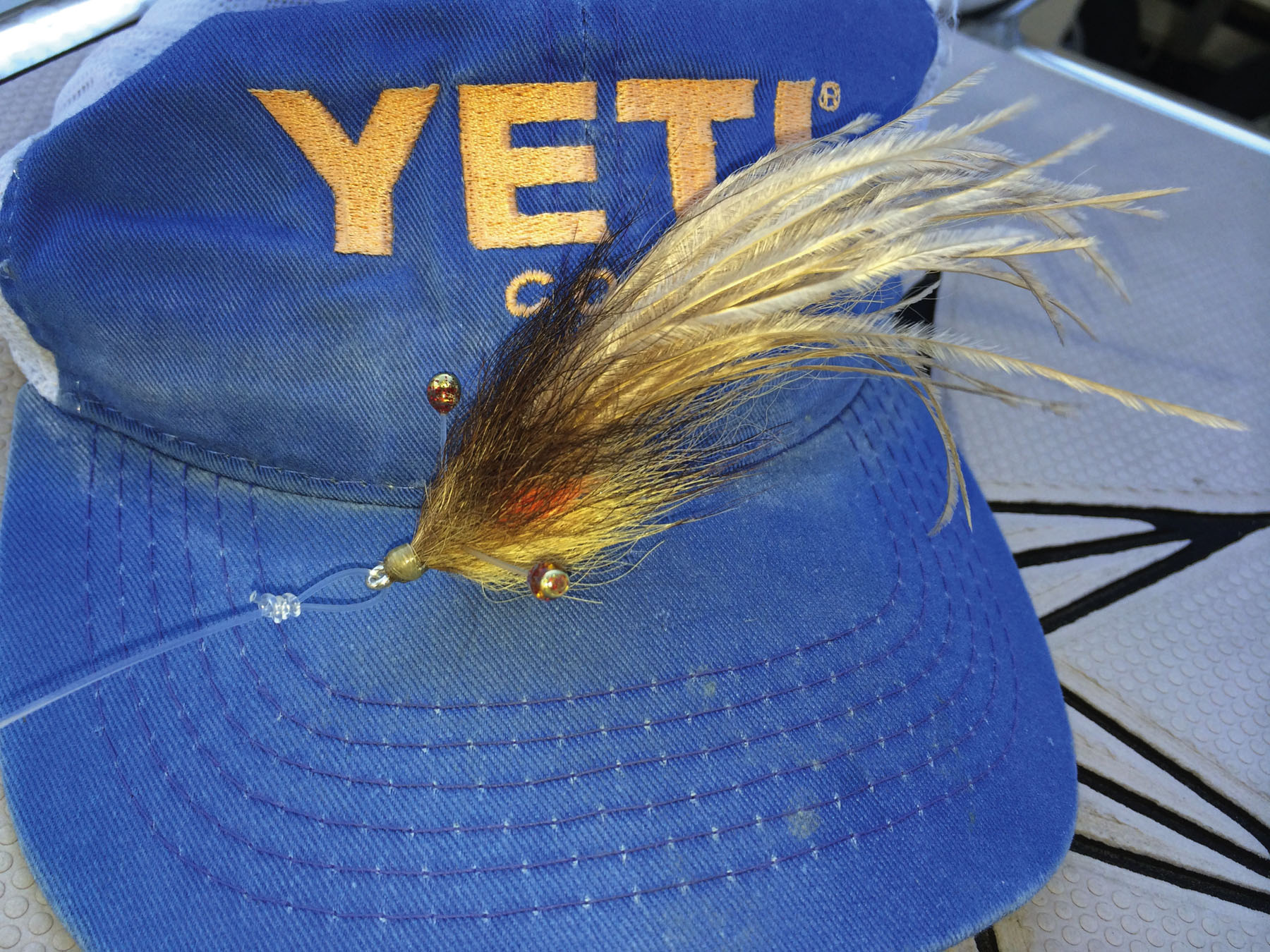 As of late, several of my customers have made note of and questioned the process I go through every time I get ready to tie a fly on the end of a leader. Actually, it was more a matter of them making fun of me taking a fly out of the box, looking it over and then putting it back in the box. Then, choosing another, and yet another before finally tying the fly onto the leader only to cut the fly off and then tie another knot. "Is it really necessary?" one of them recently asked. I answered with a definitive- yes.

Do not get me wrong, there are days that you can lob whatever you want out there and a fish will just choke it down. However, the fish are not always in a feeding frenzy. Remember, most of the fish that we pursue with a fly rod are in fact opportunistic feeders, especially those that we chase on a regular basis here in Texas. In other words, when presenting a fly to a fish that is not actively feeding, it is very important that everything is perfect. Everything from the color of the fly all the way down to the knot I choose to connect the fly to the leader factors into my choices.

Having written about choosing the right fly before, I will not beat that dead horse again, other than to say- some days it is very important to "match the hatch" in not only profile, but also size and color. But there is much more to it than that.

First, lets talk about the fly before it makes it into your fly box. There is what seems like thousands of patterns to pick from which in all reality, are just all variations of about 6 or 7 basic patterns. And, the variant in each of these flies is usually the material in which they are tied. The use of the different materials can in some cases be the difference between catching fish and not catching fish. The reason for this is because- the action and sink-rate of a fly can be controlled by the amount and types of materials in which it is tied. It is important to realize that the bulkier a fly is tied, the slower it will sink and, as a rule, synthetic hairs or fibers sink faster than natural hairs. You can also change the sink-rate and action by adding or removing weight usually by interchanging bead-chain eyes for plastic or lead. In other words- a fly can be fine-tuned at the vise to make it do what you want.

So now, let's say that your fly box is full of "offerings" made to your liking and now it is time to hit the water. You are drifting across a flat trying to sight-cast to the redfish that are swimming along the bottom in two foot of water. You make cast after cast but can never seem to get the fly down to them before you get too close to them and they spook from the boat. Now it is time to look at the size and type of your leader material and what knot you have used to connect the fly to your leader.

This is what you need to know- fluorocarbon sinks faster than monofilament and smaller diameter leader material sinks faster that larger. The second part of the formula is that a loop-knot allows the fly to "hinge" at the leader and will allow the fly to sink nose-down which ultimately reduces the drag on the fly allowing it to sink faster. Soif you cannot get the fly down fast enough, try going with a fly that is tied more sparsely, using 12lbs fluorocarbon instead of 16lbs monofilament and tying the fly onto the leader with a loop-knot instead of a clinch.

Now lets look at the situation in reverse. Say you are wading a flat and you come up on several redfish feeding along a shoreline. The water is seven inches deep, of average clarity and there is oyster on the bottom. You are looking at these fish going bat-crap crazy on small shrimp and you open your fly box and have to make a decision. What do you do? Well here is what I would do. First I would try to match-the-hatch with a small slider-type pattern tied with natural material and bead-chain eyes. Then, I would tie the fly onto my leader using a clinch knot rather than a loop.

Broken down, the above translates to- because of the oysters, you want the fly to ride hook up and not sink too fast. Sliders ride hook up, natural materials sink slower, bead-chain is lighter than lead eyes and, by using a clinch knot I make the fly sink horizontally instead of vertically ultimately slowing the rate of descent. Its that simple.

See ya in a month. Until then, be gude and stuff like that.