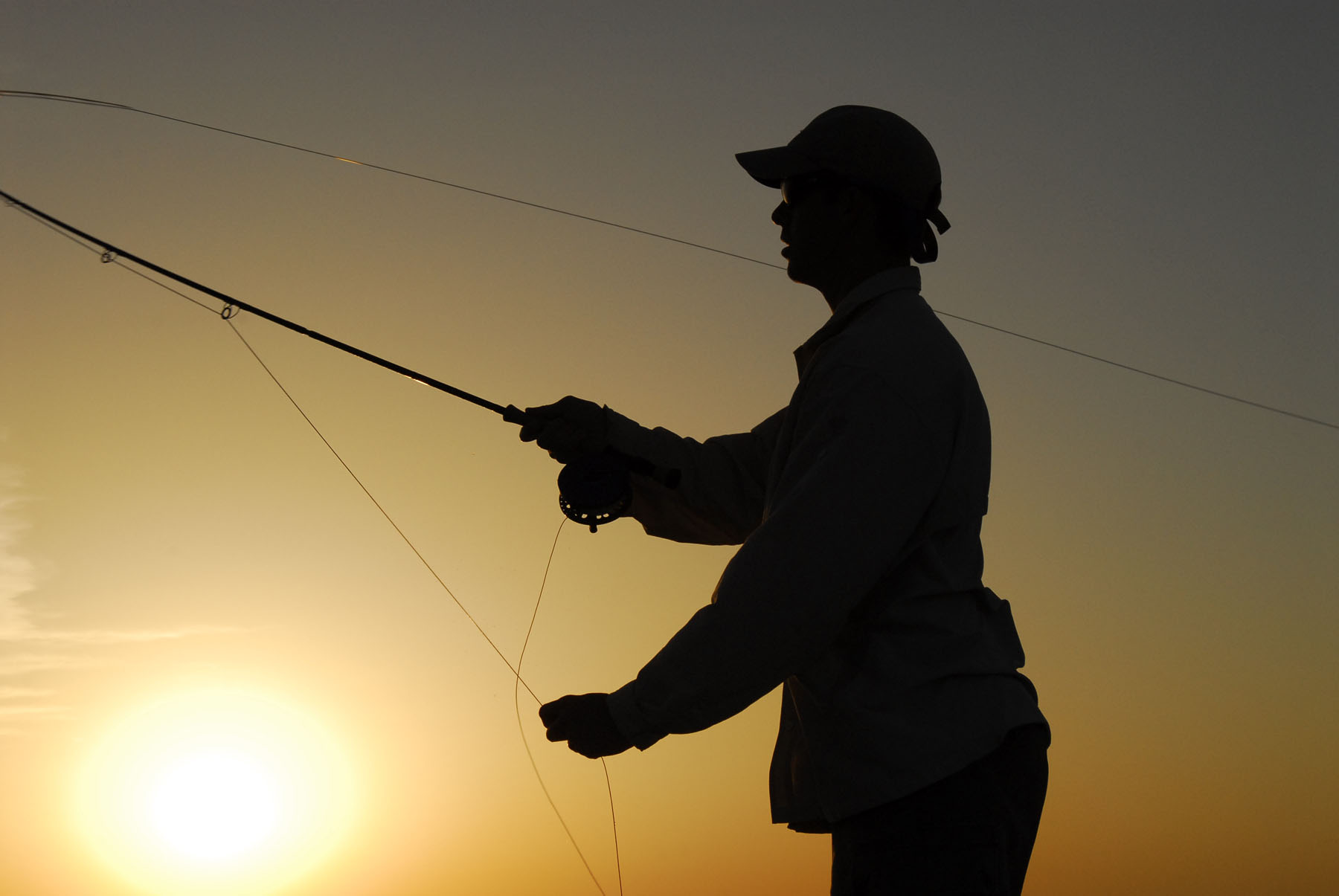 In the grand scheme of things, the art of fly-fishing has not been common place along the Texas coast for very long. In fact, the sport is still very much in its infancy in that it only started becoming popular in the last 15 years or so. And, while just about every species of fish that swim in our Texas waters can be caught on a fly, fly-fishermen as a rule tend to head south to sight-cast to redfish while overlooking the fertile waters of the Upper Texas Coast.

The Upper Texas Coast, as defined by many, is the area that stretches from Sabine Pass (situated on the state line between Texas and Louisiana) to the west and south to the mouth of the Colorado River. What makes this area so much different is that the bays are typically much deeper and they lack the lush grass beds common in the bays of the middle and lower coast. Another distinct feature is the number of rivers, creeks, and bayous, not only flowing into the region's estuaries, but also directly into the gulf. These tributaries, interestingly enough, are partially responsible for quite a few of the upper coast's unique characteristics. Because the sources and watersheds for these waterways either start or flow through eastern Texas, they typically see more runoff than the more westerly rivers (because of higher rainfall averages) not to mention, they get quite a bit of that runoff from areas that have rich soil and quite a bit of clay. This muddy and nutrient rich runoff is often responsible for the more turbid water conditions that anglers experience.

When it is all added up, it does not paint a pretty picture. In fact, many fly-fishermen avoid the region because it lacks the shallow, gin-clear flats that are typically associated with saltwater fly-fishing.

Years ago, I thought the same way, despite the fact that I grew up fishing in the bays and marshes near Freeport and in East Matagorda Bay. In recent times, though, I have changed my tune and can routinely be found sight-casting to fish in areas adjacent to West Galveston Bay. The reason for my change in attitude and recent successes is that I have learned to approach these waters from a totally different perspective.

This new perspective was gained several years ago after a conversation with good friend, and veteran guide (over thirty years experience), Blaien Friermood. While Friermood is not a fly-fisherman, and will admit he knows very little on the subject, he made an observation that made me take pause and then rethink my whole approach to fishing in general.

The observation was that he and I used two totally different approaches to locating fish. When I looked at him puzzled, he simply said, "Where I spend time looking at and reading the water, you actually look for the fish." Then he went on to explain, "When fishing in the skinny water that you are accustomed to down in Port O'Connor and Seadrift, you spend more time looking for the actual fish, whether it be tails or wakes. But because Trinity and Galveston Bays are so deep, we look for signs of fish. We have to be able to look at the water and determine if conditions are right for holding fish and then decide, by looking at the bait activity, if the fish are feeding."

After absorbing what he had said, I realized that I had not fished anywhere where I actually had to 'read' the water in so long, that I no longer used the technique. Shortly thereafter, on a fishing trip back to my home waters, I had the opportunity to relearn and apply the technique and we caught several fish using our fly rods because of it. Then after several successful fly-fishing trips I got fired-up about fishing the waters, mostly near Freeport, and began to explore new areas. And, over past couple of years I have learned that the upper coast of Texas has much more to offer the fly-fishing enthusiast than meets the eye- even some sight-casting (no pun intended).

Granted, to be successful fishing the Upper Coast, anglers must be willing to occasionally blind-cast. This term typically makes most fly-fishermen cringe, but it is an effective way to fish. The key is to know when to spend the time casting and when not to. This is where reading the water comes in to play.

Anglers should look at the current, water quality, and bait activity to determine if fish are present and feeding. Learning to do this does not come overnight. Spending time on the water is necessary, which if you ask me is not a bad thing. Some tips to help shorten the learning curve are to look for nervous water and slicks. Slicks are obviously self-explanatory but nervous water is something of a mystery to most anglers.

Many fishermen often mistake the presence of baitfish swimming near the surface creating a shake on the water for nervous water, but there is a big difference. Nervous water is created by baitfish being herded and chased by gamefish. By learning to determine between the two, anglers will know when to spend the time blind-casting and when to move on.

Again, reading water is a learned technique and is an essential skill that anglers can apply to any and all situations to regularly catch fish, especially along the Upper Texas Coast. Also remember, to learn you must be a student and, if you ask me - There is not a finer classroom than the great outdoors.