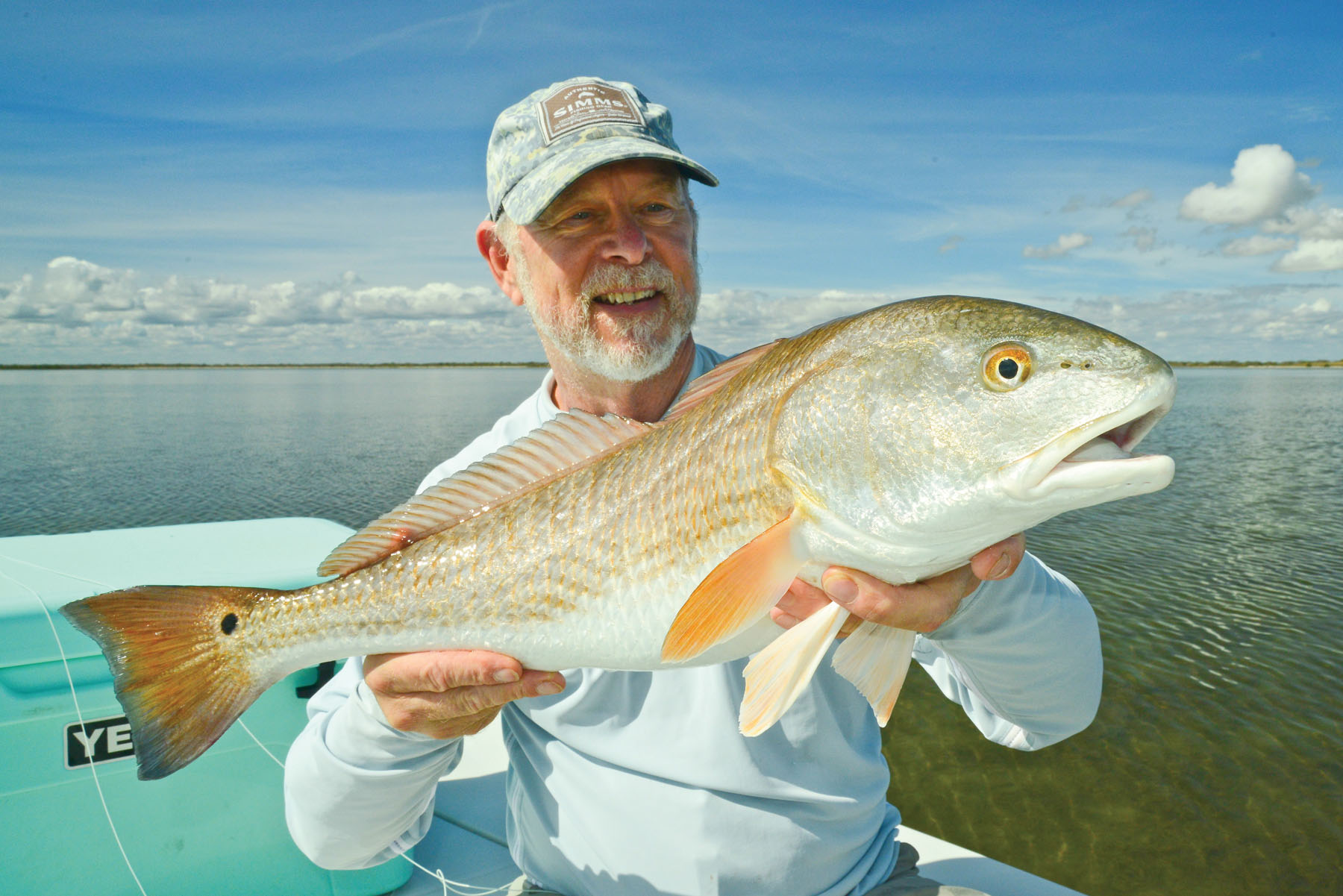 A harmless photo of a great day with friend Mike Barbee of Fishing Tackle Unlimited. However, had this image been posted on social media the day it was made, well…you know the rest.
Since picking up my first fly rod back in the middle 1980s I have seen the sport of fly fishing go through numerous changes. Having dedicated the majority of my adult life to this sport and to a point secluded within it, I am somewhat embarrassed to admit that I'd hardly noticed, until a fishing customer asked for my take on how and what had transpired over the past thirty-or-so years.

I didn't comment right away but, after some thought and during our boat lunch, we began a discussion. So, with that said, I have come to the conclusion that the sport of fly fishing in general has gone through three major changes since I first took up the long rod back in my youth.

Looking back, there were three types of fly fisherman back when I started. First you had the atypical fly angler who was, not always but usually, an old rich dude. The next kind of fly fisherman you had was basically the hippie guide who catered to the old rich dude. Then of course there was the third kind of fly fisherman. This person, well, they were just looking for a more challenging way to fish and that's where I fit in. I was definitely not old and most certainly not rich. Neither was I the happy-go-lucky hippie type.

The next phase of fly fishing that I experienced was when, in the early 90s, a little movie called A River Runs Through It came to the silver screen. This is the time frame in which the mountain streams of the Rockies and the flats of the Florida Keys became inundated with yuppies. Yuppie of course being the acronym for young urban professional. This yuppie invasion eventually made its way to the Lone Star State and Texas saltwater fly fishing began to become more and more popular. In fact, many of the veteran Texas fly fishing guides, me included, owe Robert Redford a dab of gratitude for giving us a career. So, speaking on behalf of the group, "Thanks, Bob."

As you can expect though, all things must end, and so it was with the River Runs Through It craze. And so, the sport of fly fishing lay somewhat stagnant from the late 90s until the mid-2000s.

I'm not sure when, but I suspect it was around '03 or '04 when the next metamorphosis of fly fishing began to happen. I kind of like to call it the do-it-yourself phase. You see, in the 70s, 80s and 90s, fly fishing was predominantly a guided sport. Especially saltwater fly fishing. But, several things were happening that made it easier for the do-it-yourselfer to get into the sport. The economy was booming, which allowed people to go out and buy their own skiffs, and the fly tackle manufacturers decided to start making fly rods and reels over seas. This made entry into the sport much more affordable for many. Then there was of course Google Earth and GPS chart plotters that allowed the person, who did not have the time to go out and learn their way around, the chance to overrun the more remote areas that others of us worked decades committing to memory.

And now we have arrived at what I call, Fly FishingVersion 4.0. This version is fueled, and I expect will be for quite some time, by digital media and egos. Now before I go on, I need to come clean and admit that I too got caught up in this kind of thing for a little while before I realized how potentially detrimental it was to the sport.

You see, between all the YouTube and Vimeo videos out there and people posting pictures and comments on social media, everybody now knows exactly what's happening on the water long before they have a day off. In fact, I know people who have admitted to lurking on social media just waiting for the conditions to get perfect and then will take a day off or even call in sick to get down to the bay as quickly as possible.

Between digital cameras and the internet, the fish don't stand a chance. And, in all reality, at least right now, it really isn't about the fish as much as it is about being crowded out of spots to fish. Over the last couple years I have had two spots that in 20 years, I had never seen another poling skiff, go from quiet and productive little spots into a circus with numerous clowns. The reason for this is because one guy discovered it and had to brag and put it on social media and, now, everybody knows about it.

Through boat and tackle technology, the internet and social media, the second statistic is probably falling closer to the 50/50 mark, nowadays.

This leads me to ask, "What will happen in another five to ten years when technology advances even further and information flows even more freely?"

Frightening to me is that at some point we could eventually run out of fish and, when that day comes, we will no longer be worrying about getting crowded out of our fishing spots.

The next time you feel the need to post photos and brag about your catch on social media, you might think about who you are inviting to the waterjust something to think about.