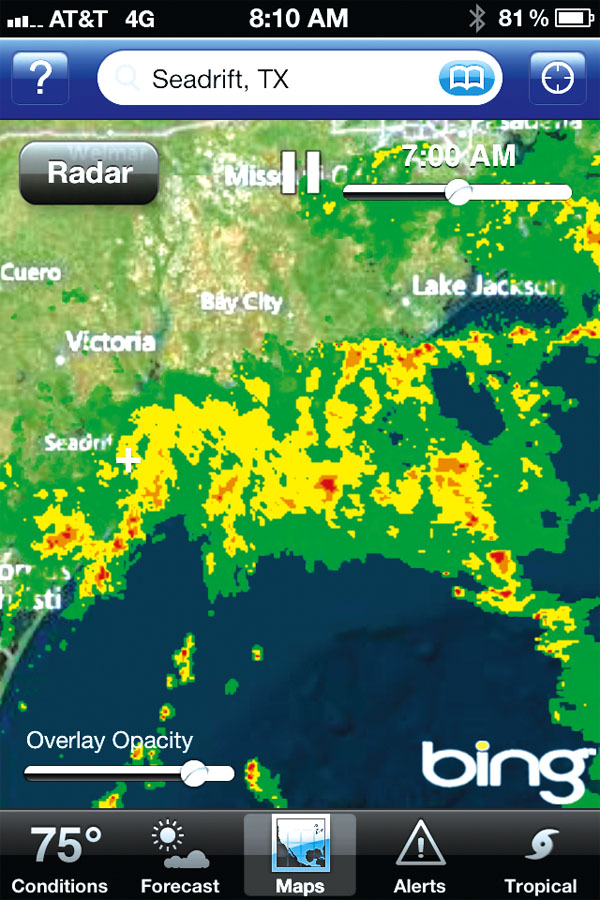 It is an undeniable fact that we, as fly fisherman, are fair-weather types that cannot even stand the sight of a single cloud in the sky. It can also be said that very few of us are realists in that we would like to see clear skies and light winds everyday of the year or, at the least on the days we choose to fish. Well folks, I am here to tell you, piss-poor weather is a fact of life. The question is- how do we make the most of a crappy hand dealt us by that evil witch Mother Nature?

I have always had a love-hate relationship with Mother Nature. But of course nearly all Texas anglers do. One year we are begging for rain to end drought conditions and the next, well we are begging for a break from torrential floods. As a rule though, I do not care for inclement weather in the least, unfortunately I have had to learn to deal with it for a couple of reasons. For one, if I do not fish, I cannot make a living. As for the other reason, well sometimes you just have to go for it because you never know what is going to happen.

Unfortunately, I have lost out on a lot of money over the years canceling trips in that I was scared to put bad days in the books knowing the weather was going to suck. And, it has taken me quite a few more years to learn that sometimes you have to take a gamble on the weather.

Just a couple of weeks back I had a Sunday off and decided to join my friend David Yeates from Gruene Outfitters for a morning of beachfront fishing. The tide wasn't going to be right until later in the morning so we decided to meet at Josie's for breakfast. Upon arriving and exchanging a few pleasantries the bottom fell out of the sky and it proceeded to rain and rain for hours on end. Fortunately we were in good company as several of David's friends had joined us. Though the rain continued long after we had cleaned our plates, we had plenty to discuss as we bounced the conversation back and forth between boats and fishing. We debated calling it a day and all heading back to our dwellings of origin but, with high hopes of salvaging the day, someone always seemed to talk us out of it so- the conversations continued. Finally, about 10:30, the rain subsided and we all made a mad dash for the water.

Upon arriving at the jetties, David and I found conditions way too rough to head out the channel onto the beachfront even in his panga. So, with a waning ebb tide and little to no visible activity of feeding fish, we decided to grind it out with fast sinking lines.

An hour into the grind, my strip was interrupted abruptly and definitively. Cussing aloud as I thought I had snagged the bottom, yet again ruining another hook. However, salvation arrived when my fly line ever so slowly started moving towards the rocks. After a remarkably tough fight, a smaller bull red came to hand.

Shortly after David took the bow, he took notice of the fact that the swells in the channel were beginning to subside and made the recommendation that we return to our original plan and hit the end of the rocks. What we found upon arriving was nothing short of an all out feeding frenzy of smaller jacks in the 5-10 pound range. Not big but, tough enough to wear us out after catching who knows how many. Come mid afternoon the tide had gone completely slack and we made a casually steady clip back to the dock with tired arms and smiles on our faces that you couldn't knock off with a Wiffle ball bat.

That night I found myself on the phone with my customer for the following day discussing the possibility of cancelling our trip for the day because of the rotten forecast. After a brief recount of the morning we decided to just go.

Well the next morning arrived and we almost again pulled the plug on the day but decided to put the panga back on the trailer and launch the skiff instead. Looking at the cloud-filled sky and hoping we had not made a bad call on the weather, I pointed the skiff for a point on the horizon and we scooted out across the bay.

Knowing fully well it was going to be a tough day I headed strait for one of what I like to call, my "in case of an emergency-break glass here" spots. Eleven upper-slot reds later, we were headed back across the bay reveling in the fact that we had just kicked Mother Nature's butt when in all reality we both knew- she let us win.

Sure, I can give you dozens upon dozens of examples when we should have stayed at the dock but as the years accumulate, I can give you more and more success stories that have come from the attitude of "let's just go for it." The crazy part is, those who just go for it, the rewards of a successful day are two-fold. For one, snatching victory from the jaws of defeat is a very rewarding feeling. In addition, I can assure you with a great deal of certainty- those who are willing to sometimes just go for it, well they are the ones who become better anglers.