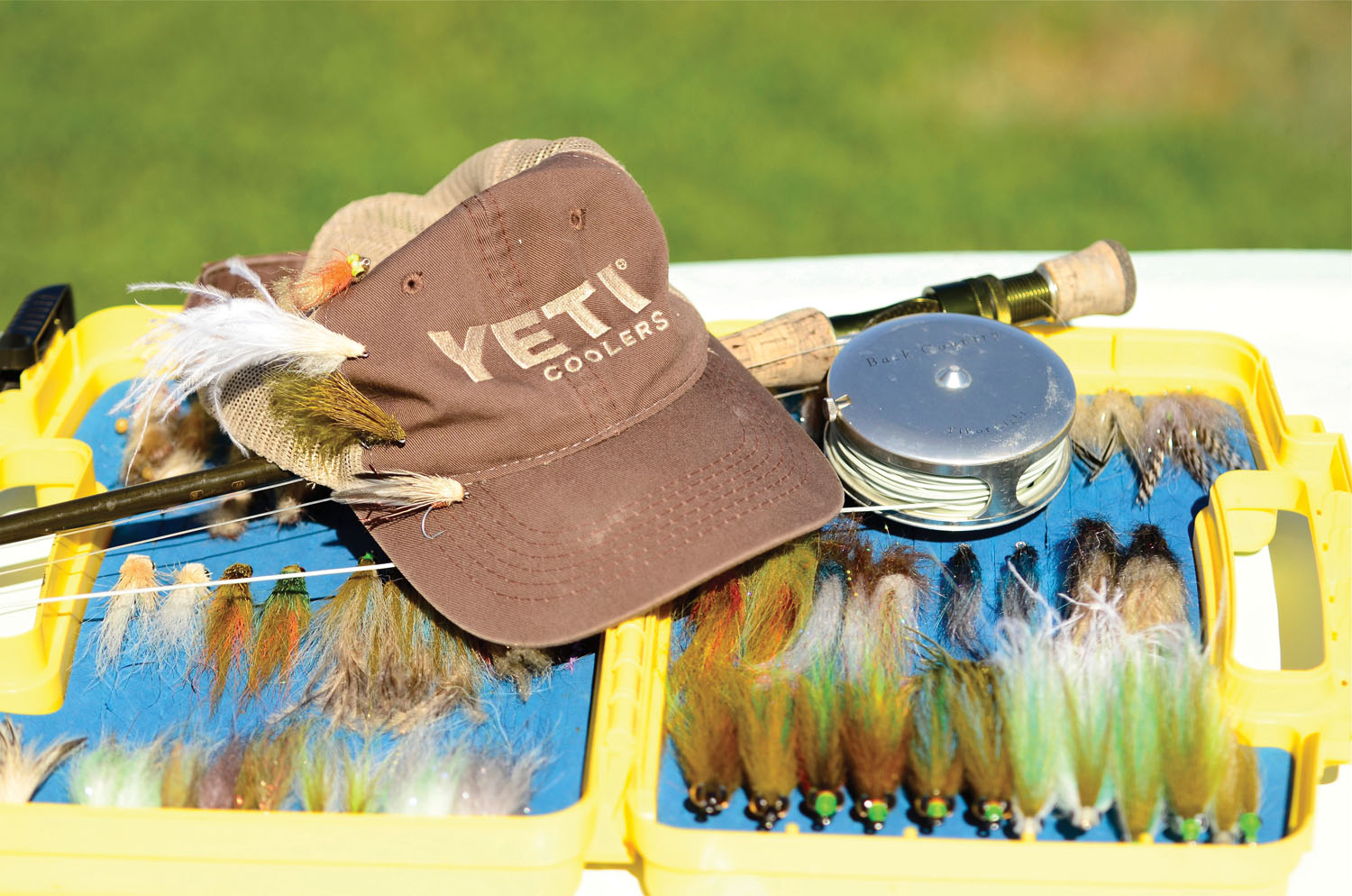 I want to talk this month about all the various flies that populate our fly boxes. But strangely, to do so, I really only have to elaborate on one–the Muddler Minnow.

But before I actually get to the Muddler, consider that there are hundreds upon hundreds of different flies out there but, when you really dig into them, the only thing truly different is the name.

What I am trying to point out here is that someone took a fly one day and changed some natural material to whatever synthetic (or vise-versa), or perhaps added or removed some weight or eliminated whichever material; and he said, "Wow! I just reinvented the wheel. What should I call this?" In truth though, in saltwater fly-fishing, every fly out there is based on as few as 6- to 9 root patterns, depending how you trace their origins.

To make my point, I will refer to a conversation I had with one of the most innovative of all the saltwater fly tyers in the country, Tim Borski. Now the Borski Bonefish Slider is without a doubt one of my favorites for redfish and the reason is because it can be tied to imitate a shrimp or any number of small baitfish. Here in Texas, I think it is the perfect fly to use when the fish are feeding on mud minnows. Anyway, I asked Borski how he came up with such a great pattern. "Well, I really didn't," he said. "All I did was turn a Muddler upside-down and added some weight."

So, the Muddler Minnow could rightfully be considered the first fly of the "slider" family, and was developed in 1937 by a man named Don Gapen, to imitate the slimy sculpin. It was conceived and created for targeting brook trout in Canada. Years later it took on its modern form and was ultimately popularized by Montana angler, Dan Bailey. It has taken many forms over the last 80 or so years and can be found in some shape, form or fashion in fly boxes worldwide.

But whether you are talking about deer-hair sliders or any one of a number of different patterns, each fly out there could probably have a chart, similar to that which taxonomists use to identify every species of flora and fauna on this planet. Here is a taxonomy chart, albeit fictitious, if such might ever be created for a Muddler.

Looking at the chart, the only thing that really has to stay the same is the domain, which will always be a fly. However, the rest could in fact change. First, the kingdom could change from saltwater to fresh, but hey, to quote my old friend Capt. Chris Phillips, "Saltwater is for fishing and fresh water is for drinking," so that really does not apply here, right? It is at the phylum stage in which a fly can take on a whole new look and function as the streamer classification changes to something like surface fly or spoon fly. By now I am sure you get the gist of where I am taking this, so I will get to the point.

Once you get down to the genus classification, based on my chart, which in my opinion will always be the root, or original pattern; you can begin to see a lot of changes. But first, let us ask the question: why would anyone want to change an already proven pattern?

The answer is three-fold, I suspect. One is to change or enhance a particular style of fly's performance under different conditions. By changing from natural to synthetic material one can not only change the way a fly sinks, but also the way it moves in the water. In addition, these same changes can make a fly more durable when fishing for toothy critters or fish with rougher mouths. The other reasons could either lie in the lack of a certain material, necessitating the use of a substitute that either works or accidentally enhances the fly. Or simply, the change could lie in sheer and utter boredom of tying the same thing over and over. Incidentally, I am guilty of all three.

Now let us just take a look at the flies below that take us through four different, yet significant changes to, as best I can replicate with the materials at hand, the original Muddler Minnow. Mind you, I did my best to recreate an original Muddler Minnow but, it took three or four tries. You would have laughed had you been a fly on the wall listening to the expletives.

# 1 Muddler Minnow (as close as I could get anyway).

This fly was created by reviewing as many different photos as I could find and combining aspects of each. The point being, if I had 10 of them, I'm certain I could go to Canada and catch a few brookies even though I was missing a material or two. By the way, this kind of makes the point of this article. You do not necessarily have to have all of the "original" ingredients to create a fly that looks tasty to the fish.

The Marabou Muddler is an incredible redfish, trout, snook and tarpon fly. In fact, I bet it catches the hell out of almost anything you throw it at. Notice the subtle changes from the original Muddler Minnow. It tends to be a more "full" fly that breaths well in the current or while being stripped in.

The snake fly is one of my favorite backcountry tarpon and snook flies of all time. Again, it is just one of many variations of the muddler. And, FYI- it catches the heck out of our fish on the Texas flats. This fly is has a more slender look but only because it is longer which, incidentally, makes this sucker really move.

As mentioned above, this is one of my favorite patterns, but in fact, like all of the others above, it is not tied exactly like the original. There have been substitutions in all. In this one, I used EP fibers instead of Craft Fur and an EP Wooly Critter Brush instead of the traditional Grizzly Hackle. But, if you look at the structure of the fly, it is just like Timmy said, it is a Muddler turned upside down with weight added to the bottom to make it sink hook up. In my opinion, it is tough to beat.

Now, after reading all this and looking at some of the many variations of the Muddler, realize that this formula applies to just about every fly pattern ever created. But also know, sometimes the most perfect fly pattern can be made even better, even if by accident.