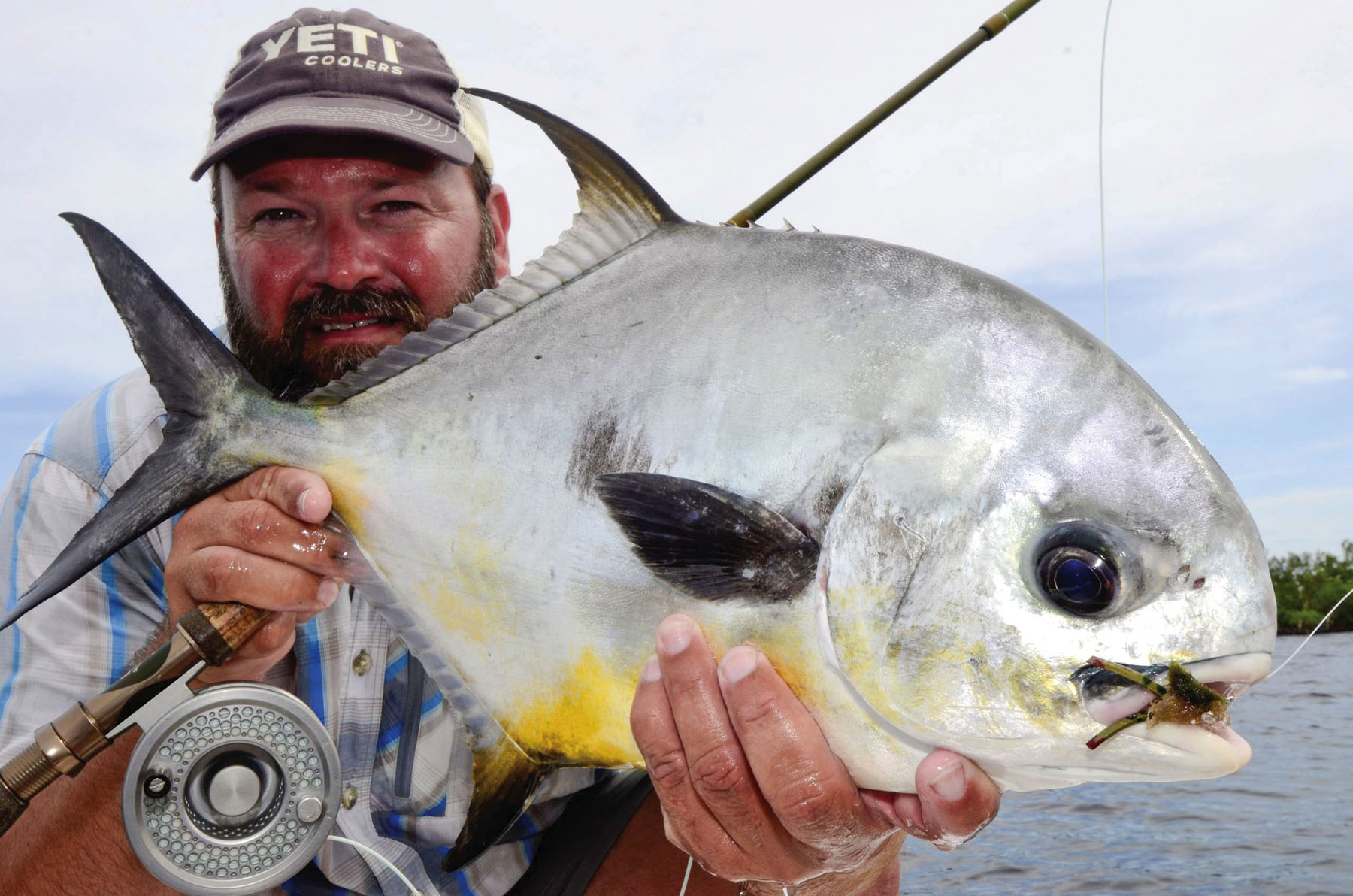 One of the biggest appeals of fly fishing for me is that it fuels the need for adventure, and for Texas fly anglers, spring is the perfect time to go out and seek it.

The spring equinox is just around the corner here in Texas. This year the event will fall on March 20. For many Texas fly anglers, this means sitting around watching the weather in hopes of finding a window to go fish. For others, like me, it means getting out of Dodge to do some fishing in the more stable weather patterns offered by the tropics. And, it does not hurt that the tropics offer the chance at hooking into something that pulls harder and faster.

For the last twenty or so years I have been packing my bags in March and heading to the Everglades for 2-4 weeks to find a cure for the cabin fever that has set in after hunting season is ended. The problem was that, upon my arrival home in April, I started sitting around watching the weather like everyone else. I would be just hoping and praying that I could get a few trips out between the clouds and winds. Well this year is going to be different in that I will have been in Florida for nearly a month when this issue goes to press. And, I will not return until the more stable patterns of summer have returned.

Do not get me wrong, Texas can have some spectacular fishing in March, April and May however, I find it tedious to sit around waiting for a weather window. I would rather go somewhere else. For me that is Florida where I can fish 95% of the time rather than hoping to be able to fish 40% of the time. For others, it is time to pack their bags for even more appealing destinations such as the Bahamas, Belize, or Mexico to name but a few.

But what, other than the nice weather, makes these places so special. Let us see, could it be the tarpon, permit, bonefish and snook? The bonefish and permit run long and hard and the tarpon and snook pull hard and jump. What more could you ask for?

For me, not unlike its nickname of the "silver king" implies, the tarpon is king. Not only do they grow to gargantuan size, but it is nothing short of awe-inspiring to see a 150 lbs+ fish leaping above the water. To me they are the ultimate challenge in that they require skill to not only hook, but also to land. Sure, lesser skilled anglers have bested plenty of these magnificent creatures over the years with a little "buenos suerte" on their side. But, to consistently bring the silver king to hand requires skill and dedication.

Running a close second in my pecking order would be the permit. What makes a permit so special to me is the skill required to deliver a meal of feather and fur to these finicky fish and then feed them. Besides that, being from Texas and all, I have a fond place in my heart for fish that tail. And, if you think you get excited seeing a redfish tail waiving above the surfacejust wait until you see a giant black sickle slicing through the water and imagine the big eye of a permit scanning the bottom for its next meal. To top it all off, of all the fish that I have hooked on the flats, I have had none that ran further or faster than the permit.

Up next would be the snook, especially those over 30 inches. You see a snook is kind of like a hybrid between a bass and redfish. Like largemouth bass, snook like to hang around obvious structure and once hooked, they jump and thrash like a bass. However, once the show is over and they have been unable to throw the hook, the snook, especially larger ones, can turn on the afterburner and head back to the cover from which they came. Add to that the stamina in fight that is so common with redfish and you can have one hell of a battle on your hands. The true challenge with snook is the fact they tend to find their way back into cover so dense that it can sometimes prove difficult for even the most skilled anglers to get a fly to them.

Last but not least we have the bonefisha bottom feeder with insane eyesight and blazing speed. Bonefish, especially those found in the Florida Keys, can be quite the challenge once they have become older and educated to the ways of clumsy anglers. However, in regions less pressured, they tend to be the fish of choice for beginning anglers. It is not uncommon for an intermediate angler to bring 20 or so smaller fish to hand during a day on the flats, especially in the Bahamas or Belize.

Well, I am off to warmer climates to chase some tarpon. Hope to see you there or hear some stories about your adventures elsewhere. Or, if you get stuck at home, I hope you have nothing but the best spring weather and find plenty of tailing fish.