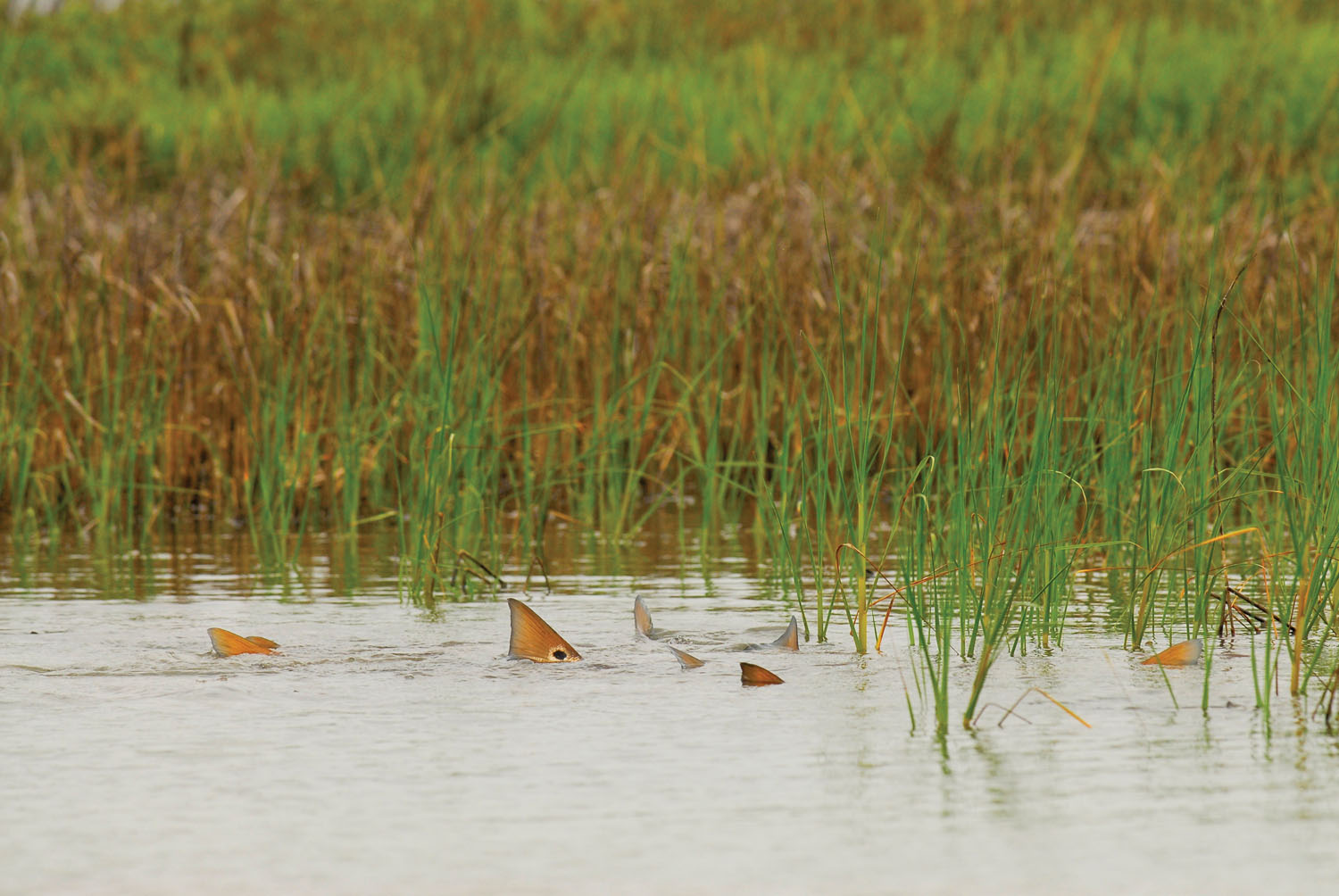 Here's to new beginnings. I know, it sounds like something someone would say at the beginning of the year. Well technically, even though this is the February issue of this fine fishing publication, at the time of this writing, it is the very first day of yet another new year. So, I raise a glass of rye, hoping this toast inspires a GREAT NEW YEAR for all of us. Moving on, I am going to ask you all to bear with me as I utilize my space here to wax philosophical.

As some may know, I love to tell stories on myself. The good, the bad and, unfortunately sometimes, the ugly. And, if I have not already aired it out publicly, chances are, I will at some point.

I take pride in the fact that I was the first full-time fly fishing guide to call Port O'Connor-Seadrift home. Saying that, I want you to know that I know every nook and cranny of my home waters very intimately. I have been hunting and/or fishing here 35 years, spending nearly 200 days on the water per year for about 25 of them. I tell you this in attempt to justify one of my "ugly" weaknesses I have a selfish streak. However, I also go to lengths to respect the space of others. Which is why I chose to set up guiding here in the beginning. I wouldn't be in anybody's way and I wouldn't have to share.

When I started full-time in 1996, you could count the full-time Texas fly guides on one hand Chuck Naiser, Chuck Scates (RIP), Eric Glass and Chris Phillips (RIP). These guys were and still are my heroes.

As to who came fifth or sixth falls to either me or my good friend Ethan Wells, we started about the same time. Ethan may have beaten me by a month or two but no matter, to my knowledge he and I brought the total to six. Sure, there were other notable and accomplished guides who took occasional fly fishermen, but they did not fish solely by chunking fur and feathers. They just knew enough about it to be good when they needed to be.

Now, back to when I was entertaining the idea of becoming a fly-fishing guide. I had a few close friends encouraging me despite my desire to never be a fishing guide. When I finally realized that the water is where I belonged I had to decide where to go and there was only one place Port O'Connor-Seadrift. I already knew the water and nobody was working there.

Much to my benefit and detriment, I set out to do my thing where I would not be in the way of other guides and I could indulge the selfish side of my personality in that I would have all the best fly-fishing spots to myself. And it worked for quite a few years. However, those days are over as I now see a hoard of internet-famous kids flocking to the water to become guides. They have their GPSs, Google Maps, social media and binoculars not only for spotting tailing redfish, but at least as much to see where someone is poling a skiff and then figuring out how to get there.

Moving on, I have acknowledged that I am a rather selfish bastard, and I am, just in reading thisway too prideful. Well folks, I have knocked out two of the seven deadly sins in a few short paragraphs. Now I will try to atone for itif I can.

So, in 2001 I got word of a new Texas fly-guide. I had heard great things about Tom Horbey but did not really care one way or the other so long as he was not in my way. Then, one fateful summer day in 2002, I ran into him in MY water and the next year he moved to POC. I was not happy.

Now in all honesty, Tom and I rarely crossed paths and had no real rubs other than those being fueled by another "new" guide (a whole other story). Then one day it happened. I was running to one of my favorite early-fall spots and did not see Tom parked in a pocket, tying on a fly on for his client. I ran right through the area I suspected he was about to fish. I felt like an ass!

With that, I had not spoken to him since he moved to POC however, whether I like you or not, I will go out of my way, the best I can, to avoid messing up your fishing. I spent the rest of the day on my poling platform dreading the phone call I knew I had to make.

That evening I picked up the phone and apologized for my rude behavior. He told me an apology was not required but accepted it anyway. It took a while but we eventually became friends. In fact, I consider him such a good friend that I would invite him to my funeral–oops–wedding. Actually, if it were my funeral, Tom would probably be selling tickets.

So here is where I bring together all the above to make a point. Not too long ago Tom called and invited me fishing. He said he knew where we could catch some good trout on fly and I accepted. He took me into a pocket I know very well and have fished dozens of times and always caught reds. Thing is, I have always fished it in exact opposite conditions and this is where I got schooled.

The bad part is, I now have to look at a whole bunch of other spots in a whole new light. It just goes to prove that every spot has a hidden secret or two and there is something new to be learned around every corner. Especially when your friends are great fishermen.