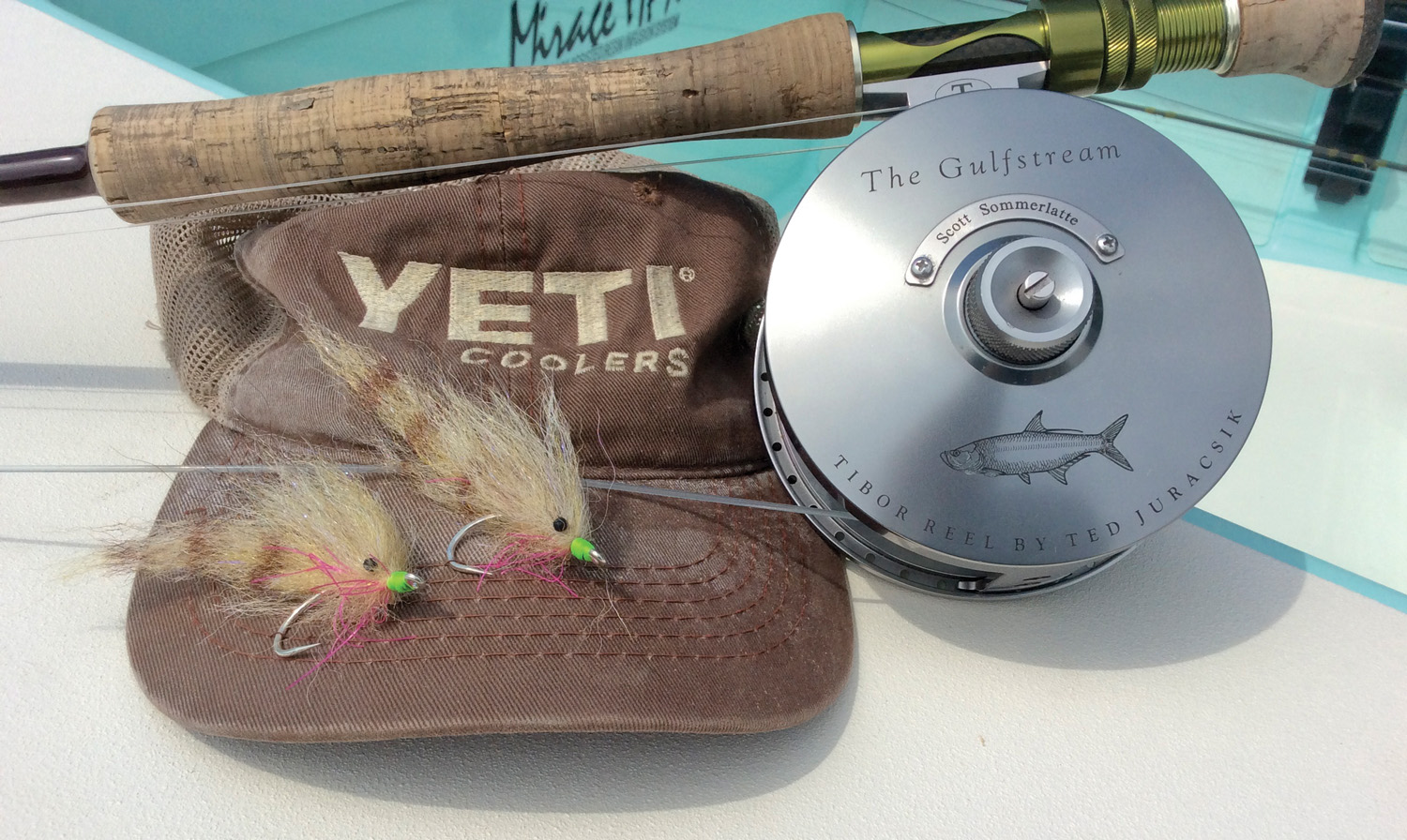 Clients on my skiff ask frequently: What is your favorite fly?

That's a tough question; given that I fish so many places for so many species. Having been asked the question again recently, I decided to thumb through my fly boxes and see if anything caught my eye as being extra special.

Two flies did in fact immediately catch my eye. One was the highly-classified super-secret Metcalf fly, of which I have only two left. Then of course there is old reliable – my Shrimp Slider pattern.

Surprisingly though, what really stood out the most was not a specific fly, but of a theme of sorts. It was very obvious that I really like shrimpy-looking flies, and one particular material seemed to be included in almost every one of them.

Now before I get on to what this mystery material actually is, let me give you my opinion on something. Imagine that. Of all the forage species that swim in our bays, the shrimp is by far the most important. And, when I say shrimp I do include all of the various sub-species, white, brown, pink, etc. To me, the shrimp is as important to the fish as the water they swim in.

So when looking at just about any species of shrimp, one thing is clearly obvious and that is pretty much all of them are somewhat tan in color, and that is why coyote is such a great material for creating shrimp flies. So, I guess the answer to the question of what is my favorite fly would be a shrimpy-looking fly tied with some coyote.

I still remember the first time I incorporated coyote into a fly and it was when my Suicide Crab and Shrimp Slider patterns were born. I needed a tuft of some natural material for a wing to help insure the fly would always ride hook-point up, and started with a small bunch of kip tail and seem to remember being unimpressed with the look of it. I then went rummaging through my materials and came across an old coyote tail and decided to give it a try. The rest, as they say, is history.

As for where the coyote tail came from; well, we had this coyote that kept coming through the neighborhood about dusk every evening. In the beginning he visited only when the camp was quiet in the middle of the week, but eventually grew bolder. Considering that there were several dogs in the camp as well as young children on the weekend, I made the decision to take him out. So one night I found me a comfortable spot to hide along his normal route and waited for about twenty minutes until he showed up. The ‘yote was only about five yards away and the shot was clean, a quick dispatch with no suffering.

Something about me does not like to see one of God’s creatures suffer but, equally important, I do not want an animal’s death to be for nothing. In short, I feel that some part of that animal should be utilized so that it’s death is not totally in vain. By the way, this was the first coyote I had ever killed so I stared it over and thought wow, that tail is beautiful. Bet it will make some great redfish flies. To this day coyote is one of my favorite materials to tie with.

A few years back my good friend Enrico Puglisi joined me down at the Marco Island guide shack and we sat down and worked on developing some new EP Foxy Brushes that he was able to bring to market. One of the things we explored that week was how much I love coyote and asked if there might ever be a way to create a brush utilizing the stiffer, more buoyant hair of a coyote. The answer – yes, he could, and he did. Anyway, the coyote is blended with his signature fibers and a very small amount of flash, and then spun up into what is the perfect brush for creating very shrimpy-looking flies.

To me, the trick to working with the coyote brush is to wind close and tight and then create tapered slider heads utilizing long scissors. Also, because the coyote is more buoyant and traps more air than the brushes with only synthetics and/or arctic fox, you have to sometimes weight the fly with either bead-chain or lead eyes, or even a hidden strip or two of lead wire.

Anyway, just last week we had some great luck utilizing the fly in the accompanying photo to coax a few tarpon that were slurping big shrimp on the surface. We also had a big red gobble it up. But dammit – we just couldn’t find a snook to complete the slam. Maybe tomorrow.