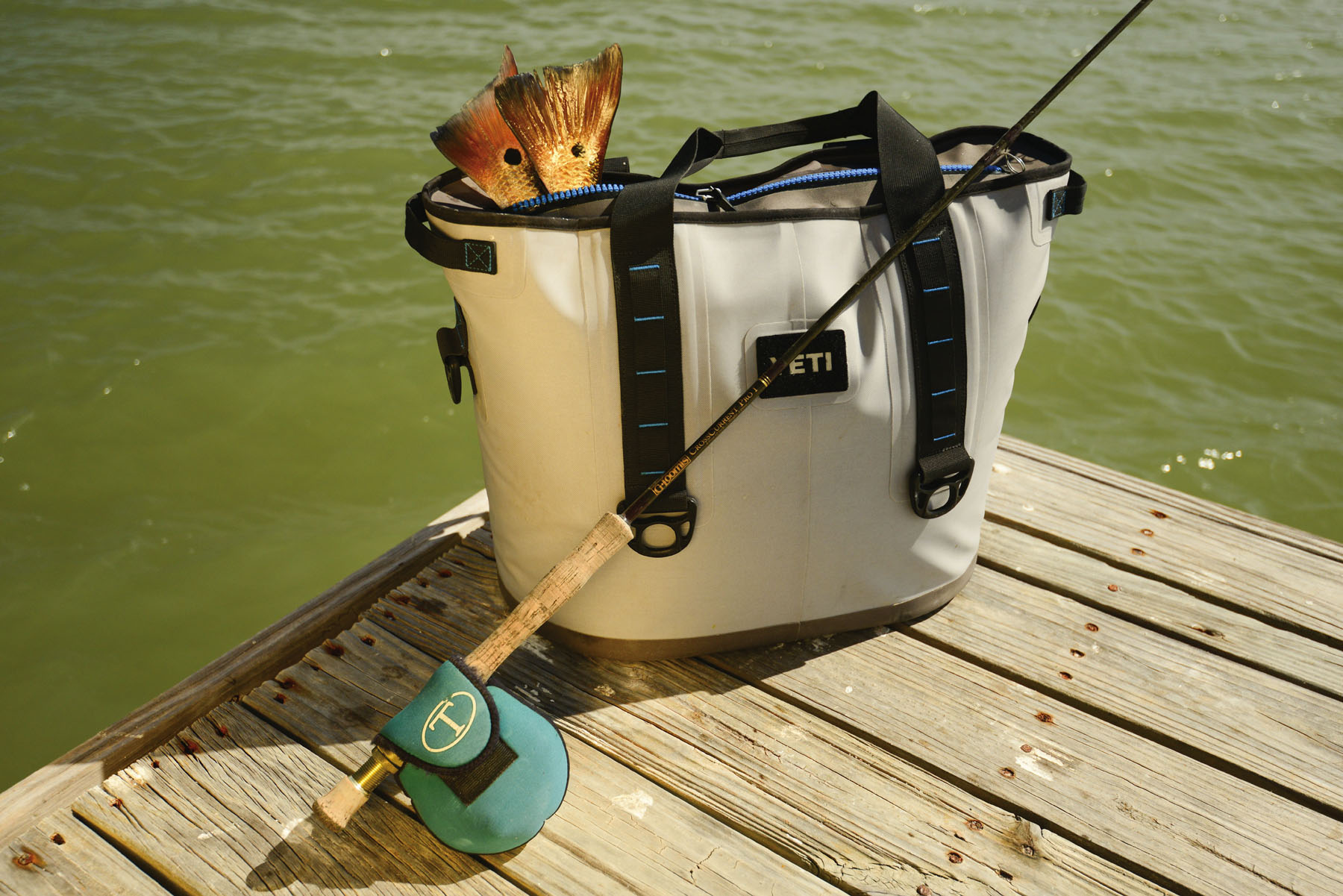 Circa the late 80s, adolescence nearly over (some may argue that); I had already been blessed to catch more fish than a man should be allowed in a lifetime. However, despite my good fortune, I still was not satisfied. It seemed too easy, getting limits, especially trout, and so I began to crave a greater challenge and this is what led me to fly-fishing.

Fly-fishing did not come easy, though, and for several reasons. First off, there were not many redfish around my home waters for honing my skills–the '89 killer pretty much took care of that. They made a quick rebound though, thanks to the tireless efforts of the Gulf Coast Conservation Association and TPWD, and by the end of 1992 there were redfish everywhere. The tallest hurdle then betwixt me and fishing bliss was my casting skill, or serious lack of.

I knew no instructors who might share the art back then, but I persevered in my self-teaching. By the mid-90s I had developed into a decent fly-fisherman and I was, to say the least, damn proud of it. And, with my new-found skills came an attitude.

Oh what an attitude it was, fashioned of 100% pure "holier-than-thou" with a healthy dose of "fish-hugger" drizzled over the top. When people spoke of keeping fish for dinner I fantasized their demise. Mind you now, I was young and gullible, and everything I'd been reading was fly-fishing in virgin streams and the tropics, where anglers fished solely for sport and probably dined solely on organic tofu.

I confess that I have come a long way to even be able to talk about this, and even yet I wrestle to overcome my "attitude" about what is right or wrong on the water. For example: I still find great fault with anyone who runs shorelines or purposely "bumps" fish in the shallows with their tunnel-hulls, and those who think success is measured by the number of dead fish on a dock. But, I digress...

The point is, and I see it in a lot of my customers, this attitude of "I am too good to use anything but a fly-rod" needs to go away. The question is though, how does one get from here to there and back to here again?

In my case, photography brought me full circle. During the mid-90s, when my attitude was worst out of control, I picked up a camera. Not too long after that I was selling images to magazines. Then one day an editor called me for some images of anglers trout fishing. I told him that I had many and would get them off in the mail (no email back then) as soon as possible.

He then said, "Don't send me any fly-fishing shots. I need shots of people fishing with spinning gear." I had none. The next day I was out buying a couple of spinning rigs.

A few months later, after having conned a few friends to go catch some trout and reds on spinning and casting gear, my photography was becoming more diverse and more marketable. Then one day I was fishing on my own and I saw one of the spinning rigs in the rack from the day before and I said to myself, "What the hell."

I tied on a Mansfield Mauler and a bucktail. A few casts later a bulge of water surged behind the clicker-cork and all of a sudden the line stretched as the bright orange cork shot off to the side. All I could think was, Wow, this is fun.

Several days later, the spinning rod was still in the boat and a customer and I were finishing up a little early. While heading back across the bay I spotted some birds working and I asked him if he wanted to try and catch of few trout. He said sure and broke out the fly rod. We fished for 20 minutes or so and had caught only two smallish fish. I then pulled out the spinner and asked him if he wanted to fish something a little heavier (jig) that would get down to the bigger fish. He scoffed at me but finally conceded and began to have a ball as he caught and released a dozen or so decent trout. He even asked if he could keep two trout to take home for his family. I told him that I did not own a fillet knife and had no way to clean the fish.

Yep folks, I may have been getting over my "fly or die" attitude but I was far from over my "how dare you kill a fish" affliction. It took me another ten or twelve years.

In fact, I got the first fillet knife that I have owned in over 15 years last Christmas as a gift. Now, what is really funny is that I received it from two people who, probably more than anyone, know how much I hate cleaning a fish. BTW- thanks for the Bubba Blade, Pam and Everett. I have used it to clean five or so redfish over the last year. LOL!

Truth is, I have never had a problem with keeping the occasional fish for a meal. I have merely chosen to over-promote the concept of catch and release to compensate for what I see as gross-overkill by so many others. And, where before I had a catch and release only policy on my boat, now, if the fishing is really good and you are willing to wait until after lunch (I don't want fish slime on my lunch), I will allow an angler to keep a fish, providing he/she is willing to clean it. Fortunately for me, very few want to keep a fish.

Folks, the simple fact is that yes, fly-fishing is a more sophisticated and challenging way to fish. However, we are not better people than the individual who chooses to sit along a channel with a bucket of bait. We get out of fishing what we choose to put into it.

For some, who do not have the time to dedicate themselves to taking it to the next level, it is the enjoyment of simply being there. Remember, we all need each-other because, with each fishing license sold and for each CCA membership comes a voice. It is this collective voice that conserves and protects the resource.

With that being said I know very few fishermen that started with a fly rod in their hands. Most, like the rest of us, started on the banks of a lake or pond with a can-o-worms or, like me, with a stinky box of half-rotted shrimp. The point being, it was fun then and it is supposed to be fun now.