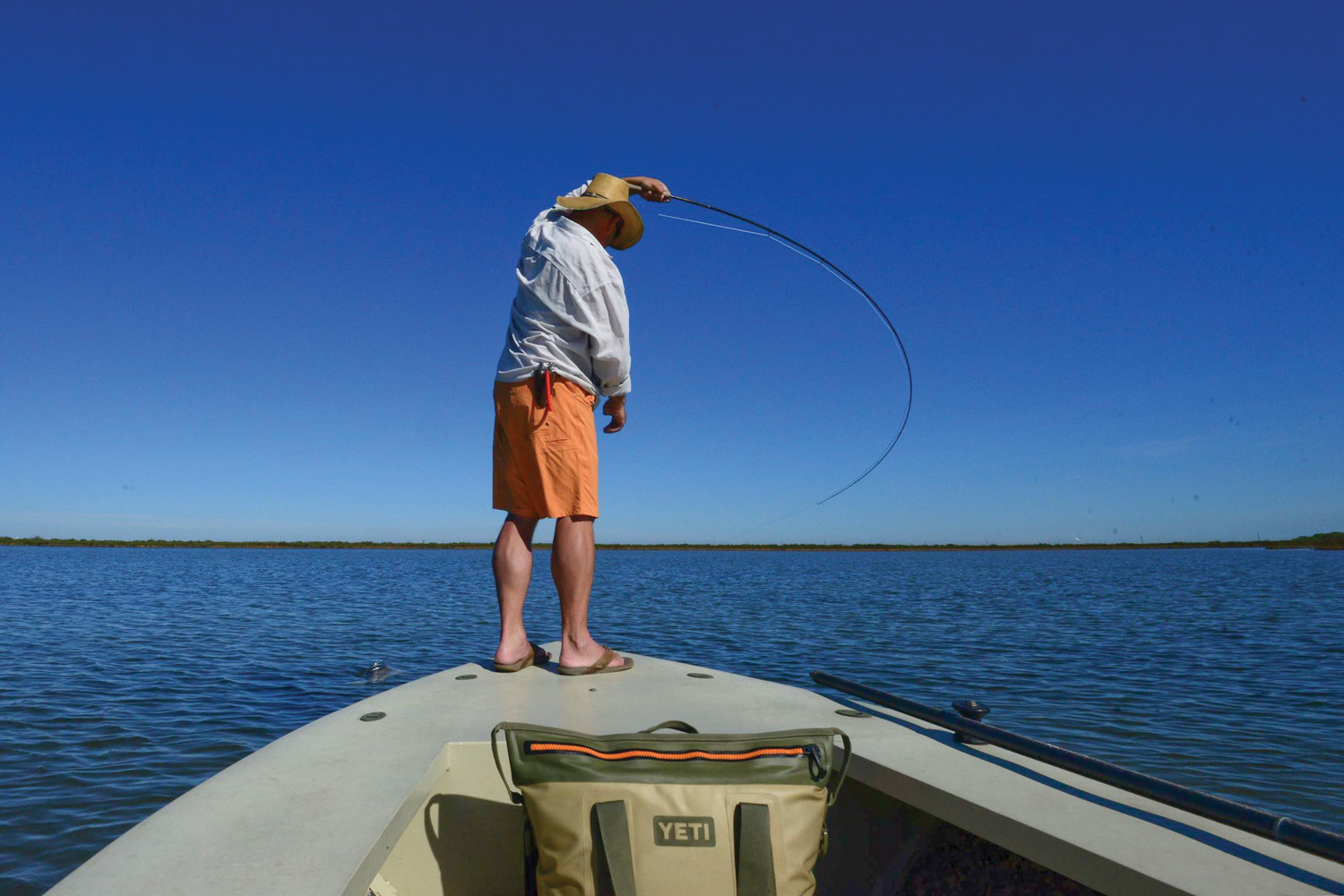 “Hot summer nights and my radio,” was part of the chorus of one of my favorite songs from 1986. The song was the last cut on Side 1 of the album 5150 by Van Halen and was appropriately titled “Summer Nights.” Now I loved this song for many reasons. One, I was and guess I still am a big Van Halen fan, but the real reason is that it truly represented my teenage years. We would fish all day and play hard all night and… It was the best of times to say the least.

Let’s fast forward thirty years and some change to the present and I will tell you, I am 100% incapable of “playing all night” and am usually trying to climb in bed about 2130 hours (9:30). Hell, I was in bed at 10:30 on New Year’s Eve and was out of bed before the sun was up. But hey, that is a guide’s life, right?

Honestly, I guess one of the things I miss the most from those years is the fact that most of my fishing trips consisted of rolling out of bed, slipping on a pair of shorts and some old sneakers, and heading down to the bay, surf, or local lake for a long, hard day of fishing. These days are a little different. Now it is more like- get the first cup of coffee down so my brain will start firing on all cylinders as quickly as possible, and then apply the first of three coats of sunscreen. Then it’s time to mummify myself in whatever is the latest and greatest technical fishing garb of the year. I miss the simpler times. However, I recently got to relive my youth in that Mother Nature offered me one of her greatest gifts of all- a HOT winter day.

When I woke the morning of 20 Dec 17, I heard my phone dinging at me letting me know of a text that had arrived sometime during my slumber. It was from my sport for the day informing me he was in bed with the flu. The second flu cancellation of the week. I decided to go back to bed and sleep-in for a change. It was great!

Anyway, when I finally rolled out of bed and had my coffee made it was time to go sit out on the deck and figure out what to do with my day. While sitting there drinking my coffee and looking at a calm bay, I began to realize that I was starting to sweat a little. My decision was made- I was going fishing.

I ran inside, changed into some shorts, a light button-up shirt and some sandals. And, despite my aversion to fishing alone, I was off to the ramp.

As mentioned above, I do not like fishing alone in that it is not nearly the “total experience” if you do not have someone there to share it with. However, as a guide, being on the water alone means that you are not pressured to produce and it affords me the time to go try something new or different. And that is exactly what I decided to do. I was going to fish only areas that I had either had no success or areas that I had little success, and I was going to try new approaches and techniques.

Once at the first spot I checked the water temp on the flat and in the adjacent channel. The temp was nearly the same at 55-degrees. However, the air temp was at 74-degrees, with no wind and the sun had only been up for a couple of hours. It had the makings of spectacular day.

Taking into account the onsite conditions, I decided to start the day by blind-casting the channel drop-off with a large streamer. The plan worked well as the current carried the skiff almost perfectly down the drop-off. One decent trout and a couple of rat reds later, I was ready to move on to another similar spot. In doing so I found conditions almost the same. The only difference being that the sun was higher and the water temp on the flat had come up a degree. This did little to help in that I only caught a few more rats.

By the time I reached the next area, things were really beginning to warm up. The temp on the flat had jumped up to 58-degrees and I was beginning to see the occasional signs of feeding redfish. By the time I was done fishing the channel edge, it was lunchtime and I was ready for a snack. After chewing on some venison jerky I decided to kick back and take short nap to give the water a chance to warm some more.

I awoke about 45 minutes later and was covered in sweat. Not having any customers in the skiff to offend with my fat guy turned skinny, wrinkled physique, I decided to risk a little more skin cancer and get me some sun. Oh, did it ever feel so good to be standing under that perfect December sky in a pair of shorts and sandals. It made me feel young again and better yet, the redfish were really starting to move up high on the flat. Things were about to get real!

Let me tell you folks, the fishing from that point on was stupid ridiculous and by the time the sun set that day, the air temp had peaked at 80-degrees and the water temp had made it up to 61. It was damn near a perfect day as the reds snot-gobbled almost every offering. A day to remember for sure.

Now in all honesty, I would have rather have had a customer on the skiff that day but…everyone needs a day to themselves from time to time to reflect on life and recharge their battery. For me, the sun feeds my soul.