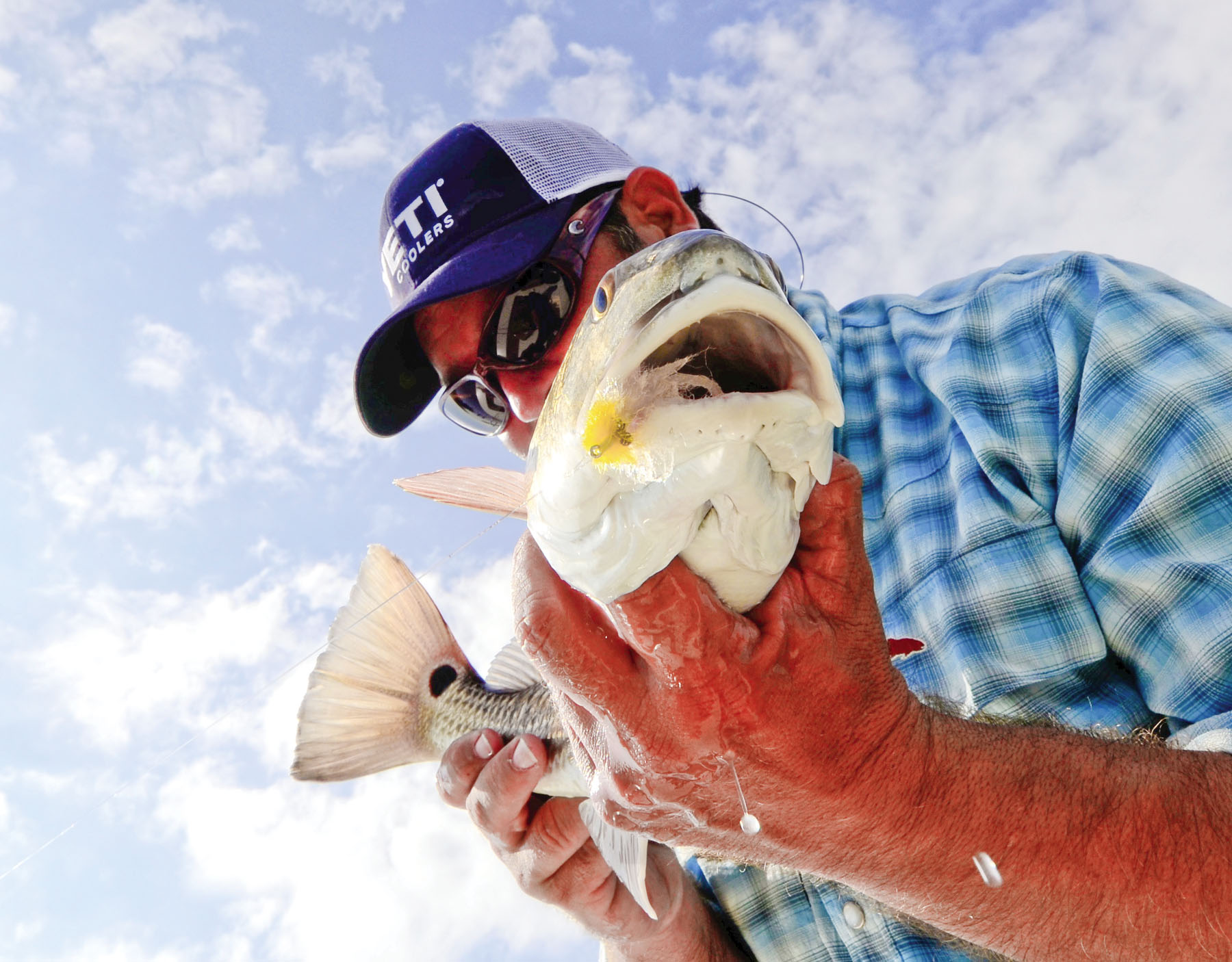 Very few days on the water are perfect. All too often there is more wind than we would like and, if there is one cloud in the sky, well that is one too many. All joking aside, cloud cover can not only potentially block the sunlight preventing us seeing fish but, it also creates a nasty glare that makes seeing fish difficult when they're just a tad deep or the water is murky. So spotting the fish at a distance is a challenge and even more daunting is trying to make a 20-30' cast to a fish that all of a sudden appeared at 11 o'clock because we couldn't see it earlier. Most would consider this an almost impossible circumstance because the fish is so close that the rod cannot be loaded with only 10-12' of line and that makes the cast even more difficult.

To cope with this scenario, the first piece of advice that I can offer is to SLOW DOWN! When you are within 20-40' and have to make a cast with less line than is required to load the rod, the biggest challenge faced is not the cast itself but, making the cast without spooking the fish. Just think of a great blue heron. When they are fishing, they move very slowly and deliberately right up until the point at which they slowly draw their head back and then quickly strike at their prey. This action is quick, precise and with minimal effort. This is what is also required of a fly caster when the quarry is close.

You must realize always that- if you can see a fish, that fish can see you. However, on most days, you have the advantage because you are looking for the fish and the fish are not looking for you. To a fish at a distance, with the help of refraction, an angler and boat are nothing more than a bump on the horizon however, when you are standing over the top of a fish and make a sudden or frantic motion that draws its attention away from the hunt and it looks up to see your mountainous silhouette against the sky, all you can expect see is a boil of mud as the fish heads for safety. Once on top of the fish, the trick is, do not give the fish a reason to look around for anything other than its next meal. To accomplish this, you must make slow but deliberate motions.

When a fish appears all of a sudden, the reaction that I see most is that people make a rushed, frantic attempt to roll the fly out of their hand and in front of the fish. The mistake here is twofold in that the fish can sense the hurried movements through the water as the skiff "shudders" when the angler moves suddenly. And, the second mistake is that the first movement is made toward and over the fish. To fix the first half of this two-part blunder is easy- just freeze and assess the situation. In fact, in some cases, if anglers just stop, the fish might turn away from the boat and open up the distance between allowing for a longer, more accurate cast. Though, more often than not, a short precise cast is required. This is when it is time to become very methodical.

To present the fly accurately and with minimal fuss to a fish that is close, anglers first need to learn that the first move should be away from the fish, not over it, and secondly to cast with a minimal amount of line. To do so, it is important to learn how to manipulate your rod.

The first and easiest way is to get a fly line that is designed to make shorter cast by placing the required amount of weight to load the rod into a shorter head. A good example of an extreme version of one of these lines would be the Scientific Anglers new Titan Taper line. With a good portion of the weight shifted to the end of the line, it allows for quick loading on short casts.

Secondly, if you want to load the rod more quickly and in a shorter distance, well you can go old school and over-line your rod. Back before line companies started making specialty fly-lines, anglers would sometimes put a 9 wt line on an 8 wt rod to allow for quicker loading. In fact, I remember at one time I used to put a 9 wt on a 7 wt rod to achieve a very aggressive short-game.

And, while both of these methods are completely acceptable ways of making shorter casts, neither truly deal with the fish that is 15-30' away. This is where the water-haul comes in to play. The water-haul is a method used to load the road by employing the tension or resistance of the water against the line, leader and fly as it is pulled from the water to provide a load for the rod.

When using a water-haul, anglers can create tight loops (necessary for accuracy and casting into the wind) with as little as 5' of fly line out of the rod tip. The trick is keeping the rod tip low to the water, moving the rod tip in a straight line and stopping the rod tip abruptly.

So let us put this technique into use. Let's say a redfish suddenly appears at 20' at eleven o'clock anglers should, rather than rolling the fly towards the fish, roll or flip the fly from their hand away from the fish and behind themselves, keeping the rod low to the water and allowing the line, leader and fly to fall to the water. By doing this, water tension on the line and leader will allow for a "water haul" on the forward cast which will help create, providing the rod tip moves in a straight line and the rod tip comes to an abrupt stop, a tight loop. This will provide accuracy and, by casting side-arm and keeping the rod tip as low to the water as possible, once the leader straightens, the fly does not have that far to fall thus allowing for a softer presentation.

For these situations, I like a fly that will sink fast because the last thing I want is for the fish to hear or sense the fly and then look up. The trick here lies in using sparsely tied synthetic patterns with some heavier bead-chain eyes or small lead eyes. You want to be able to land the fly right in the fish's wheelhouse without spooking it.