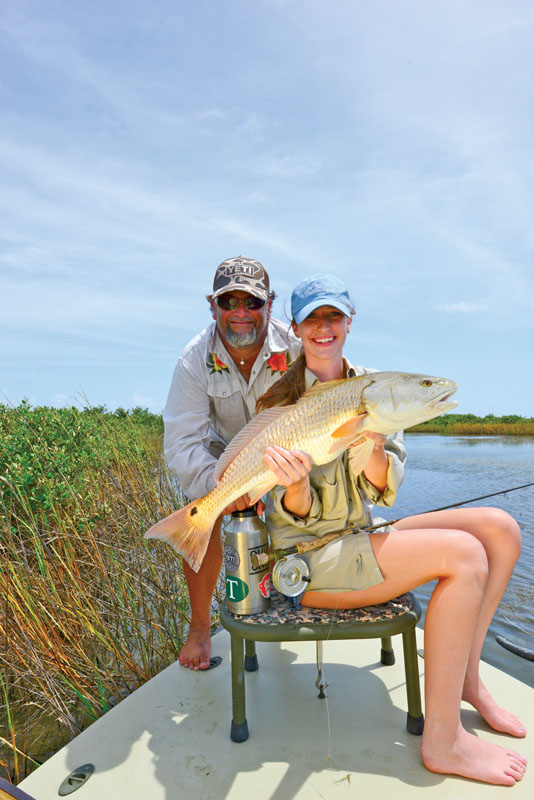 I believe that fishermen tend to be a superstitious lot; even more so fishing guides. I also believe that luck is an important part of the fishing success equation and you have two choices here make your own or woo Lady Luck until she smiles.

Bananas on the boat is one of the greatest and oldest fishing superstitions. If perchance you have never heard it, you need to listen–do not bring a banana on a boat, especially not mine. I have seen the banana thing jinx way too many trips so, yes, I do in fact put some stock in it. And seriously, I have been there when bananas were tossed overboard. Mysteriously the wind laid and the fish start biting. This goes for all things banana, by the way. No Banana Boat sunscreen and no Banana Republic clothing. NO BANANAS PERIOD. Not even for breakfast.

Moving on, I'm going to let out a secret about me. I am a comic book geek. Not to the point of being a "fanboy" but I dig sci-fi and super heroes. One of Batman's most enduring enemies is a character named Harvey Dent AKA Two Face (Dent's evil alter ego) who carried a coin with heads on both sides. He always won when he flipped it and called heads. His way of making his own luck.

We all know this is not exactly the way it works in fly-fishing. There are a lot of variables that come into play that only the Good Lord can control. However, we can in fact stack the odds in our favor and make our own luck by being skillful and prepared. To do so requires practice and honing our fly-casting skills as well as taking the time to tie perfect knots and perfect flies, amongst many other things.

However, all the skill and preparation in the world does not amount to a hill of beans if Mother Nature decides to be a temperamental b----. And, whether you know it or not, she owns each and every one of us. But she also has a beautiful baby sister and her name is Luck.

Now Luck is a smart lady, but she can be nave and can be tricked from time to time. Here's a tale for you...

For the last seven or eight summers, good friend David Sams, his daughter Marina and I have gotten together for a fishing weekend. We now plan it to coincide with the members-only fly-fishing tournament at the historic Port Bay Club.

Now, before I get too far into this, know that I harbor a general dislike for fishing tournaments. I make an exception for this one because it is fewer than ten boats and, Port Bay Club, with its rich heritage, is one of my absolute favorite places on the entire Gulf Coast to hang out with David and his awesome daughter. As for my general dislike–tournaments seem to bring out the worst in almost all everybody. We'll come back to this in a bit.

Call it a run of bad luck, but all three times we have participated in this event the fishing has been nothing short of horrible. The fish were scarce to say the least the first year but we did not have a problem feeding the ones we saw, and managed to win. Then last year, we had a lot of cloud cover and just outright punky fish. As for this year, the fish were plentiful but ridiculously impossible. Most spooked about the time we spotted them and the ones that stuck around shied from the fly.

Remember how I said that fishing tournaments bring out the worse in people? David and I have been great friends for twenty years and I cannot recall a cross word between us. Come noontime on tournament day, I'm quite sure Marina thought we might kill each other. Okay, I might be exaggerating, but there was some serious frustration and tension and a whole lot of cursing (sorry Marina). At one point, David said, "Drop me off on a point somewhere and come get me when it's time to go in."

In all reality we were not upset with each other, but with Mother Nature.

Now rewind to the day before the tournament and pre-fishing. When David arrived at my house he brought a gift of a freshly starched fishing shirt embroidered with our team name over one pocket (Matagorda Mafia) and the Port Bay Club logo over the other. "I got us some team shirts," he said with a little bit of pride and a grin. "You have to wear it tomorrow."

So, back to noontime tournament day. We had been fishing all my honey-holes with absolutely no luck. I was getting desperate and was thinking of trying one of my "break glass in case of emergency" spots. I really didn't want to go there but being desperate, I told them to reel up and settle in for a really long boat ride.

Upon our arrival, the big fish were everywhere. But, like all the others, would not even sniff the fly. David broke the tension with, "I think we need to burn these shirts." We all laughed but it reminded me that I had purposely brought one of my lucky shirts (I have two) just in case we got desperate. Remember what I said about wooing Lady Luck?

Well, I changed shirts and the next few fish came up and actually sniffed the fly and one even gave it a lick but, still no take. Frustrated, David relinquished the bow to Marina. Moments later we spooked a good fish from under the bow of the skiff. I told her to wait until the fish settled a bit before casting. Her cast was perfect and the fish devoured the fly like its last meal.

I will not get into the panic that ensued during landing it, however, I will say this. Marina's thirty-one inch winning redfish will forever rank as one of my favorite moments in twenty years of guiding.

I hope to tell you the story of my other lucky shirt someday.