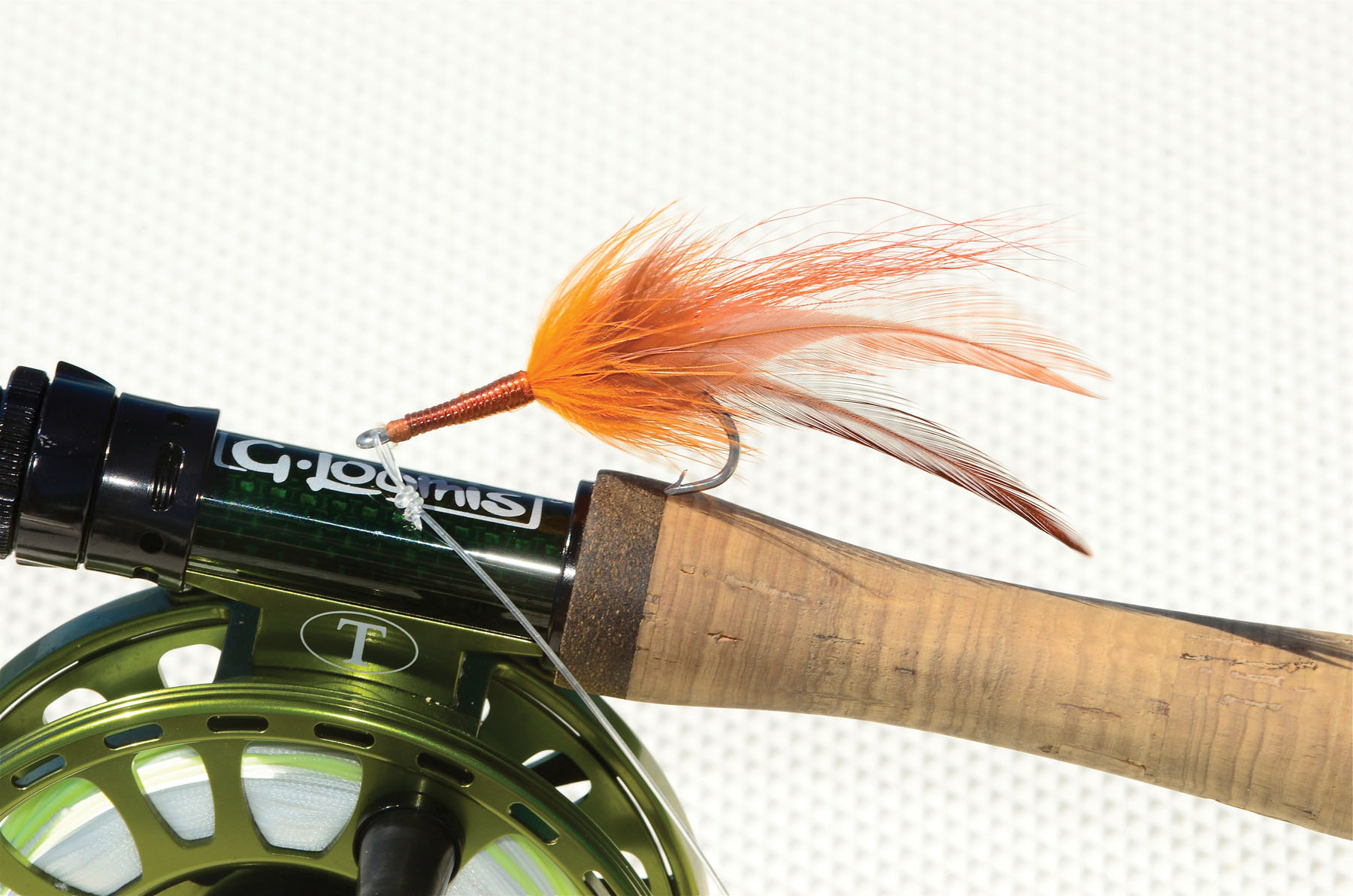 For those of you who have followed my column in this publication, you already know how fond I am of the days gone by. And, chances are, if you have been a long-time Texas fly angler, you will recognize the name of a dear friend to many, Chris Phillips. The following is an account of Chris's last fishing trip.

Again, for whatever reason, I live for the nostalgia of yesterday, but that is not the story. The story is of a man from East Texas that discovered and then fell in love with the sport of saltwater fly fishing in its infancy. He then brought the skills he learned on the tarpon flats of the Florida Keys to the shallows of the Texas coast and in doing so he helped introduce and teach many of us to the sport that we love today. In fact, it would be safe to say that a man who left us way too early had some effect and touched the lives of almost every saltwater fly angler in this state, to some degree.

For many, Chris was known as the right-hand man in a few different fly shops in Houston and also as the first and original Galveston Bay fly fishing guide. But for those of us who knew him best–we knew him as a fly rod tarpon fanatic who dreamed about making it back to the gin-clear flats of Florida to catch one last tarpon on a fly rod. Unfortunately, Chris never made that trip because of that dirty little word we all hate–cancer.

Some years back, after several seizures, Chris was diagnosed with a brain tumor. The first surgery went well and it bought us some time and a few more days on the water with our dear friend but, sadly, it wasn't enough. A year and half later we lost our dear friend and teacher.

Fast forward to February 2015 when I was packing for my annual trek to South Florida for the spring fishing season. To this day I cannot tell you what made me even look at it, much less open it but, I did.

The 'it' I speak of was one of Chris's tarpon fly/leader stretcher boxes that I somehow was blessed to have placed in my care. Now, the stretcher box is not something that is used as much in modern fly fishing as it once was but is still used religiously by many South Florida guides. It is usually a handmade wooden box that is used to keep the bite-tippet of a tarpon leader stretched taught so that there is no curl in the leader and the fly runs true in the water. Without making this into too much of a history lesson, I will move on.

For whatever reason, I picked up that OLD BOX and opened it up for the first time ever. I have no idea why it took so long but something beckoned me and I did. What I found was, to say the least, a mess. There were still numerous leaders stretched and ready for action but the flies had, for lack of better words, decomposed over the last 30 years. Remember, a lot of chicken feathers were used in the old days and feathers are not as resistant to age as a lot of the synthetics we use today. Needless to say there was a fly and leader that was stretched taught that immediately caught my eye. It was a traditionally-tied Keys-style orange tarpon fly. It immediately caught my eye because we no longer use such flamboyant flies.

Inspecting it, I began to dream of the long ago days when tarpon would eat practically anything thrown in front of them. I snapped out of the dream when I realized this particular fly and leader were still in fishable condition. Then I noticed another identical fly loose in the bottom of the box. Inspection revealed part of a well-chewed leader and bent hook, and this sent me back to dreamland. My mind's eye conjured Chris on the bow of a skiff fighting a hundred-plus pounder–right down to the smile on his face and the excitement in his voice. If only I could have been there. Then it hit me–why not take my dear friend Captain Chris to the tarpon flats just one more time.

Back to the present–early June 2015. My season had, for the most part, wound down and I was mostly fun-fishing with friends. Wright Taylor and I were preparing for such a trip to one of his favorite tarpon flats when I remembered the fly. Truth be told I was more than a little suspicious how a thirty-something-year-old leader was going to hold up to a strong fish so I clipped the fly and attached a new one.

Arriving at the flat, Taylor hopped on the platform and I took the bow. It was the first that I had a fly rod in my hand in months and I was hoping for the best. In all honesty, we both had our doubts about Chris' brightly colored fly but, to say the least, I was determined to make it happen. This meant I would need to be perfect in every aspect of the game–cast, presentation, retrieve and hook-set.

Taylor spotted the first fish of the day but it was a wrong-way, meaning that it was not following the normal travel route and headed opposite the direction we expected. The cast was perfect and first part of the retrieve was flawless but, when the fish turned and started following, I fell completely apart–slowed my retrieve and the fish turned off.

The next opportunity came in the form of a string of eight fish swimming a shallow sand bar and Taylor set me up perfectly. The cast was perfect to the lead fish and the retrieve drew an immediate follow. I was better on retrieve this time and, in my mind, I saw Chris smiling when the fish's maw opened and the fly disappeared. The line came tight and first jump was nothing less that spectacular. As was the second and third, and things just kept getting better as the fish made his way on to the reel.

Unfortunately the fight did not last long. Once the fish was on the reel and it was time to get down and dirty, the aged hook gave in to the unseen corrosion of the years and broke. While I have to admit I was somewhat disheartened, I was also elated. To be able to share the experience with my long gone friend was as special a moment to me as any that I have had on the water.

Now, because of the limited space that I have, I cannot tell you the whole story. And believe me, there is a lot more to tell. Just know this–there was one other fly in that old box that was "fishable" and our friend, Chris, got to spend several more days hooking, fighting and landing tarpon.

Chris, if you can hear me, my friend, I will always cherish those days as will I cherish our friendship. And, if I can find a way to get you back out there we will go fishing again. Thanks for the memories.