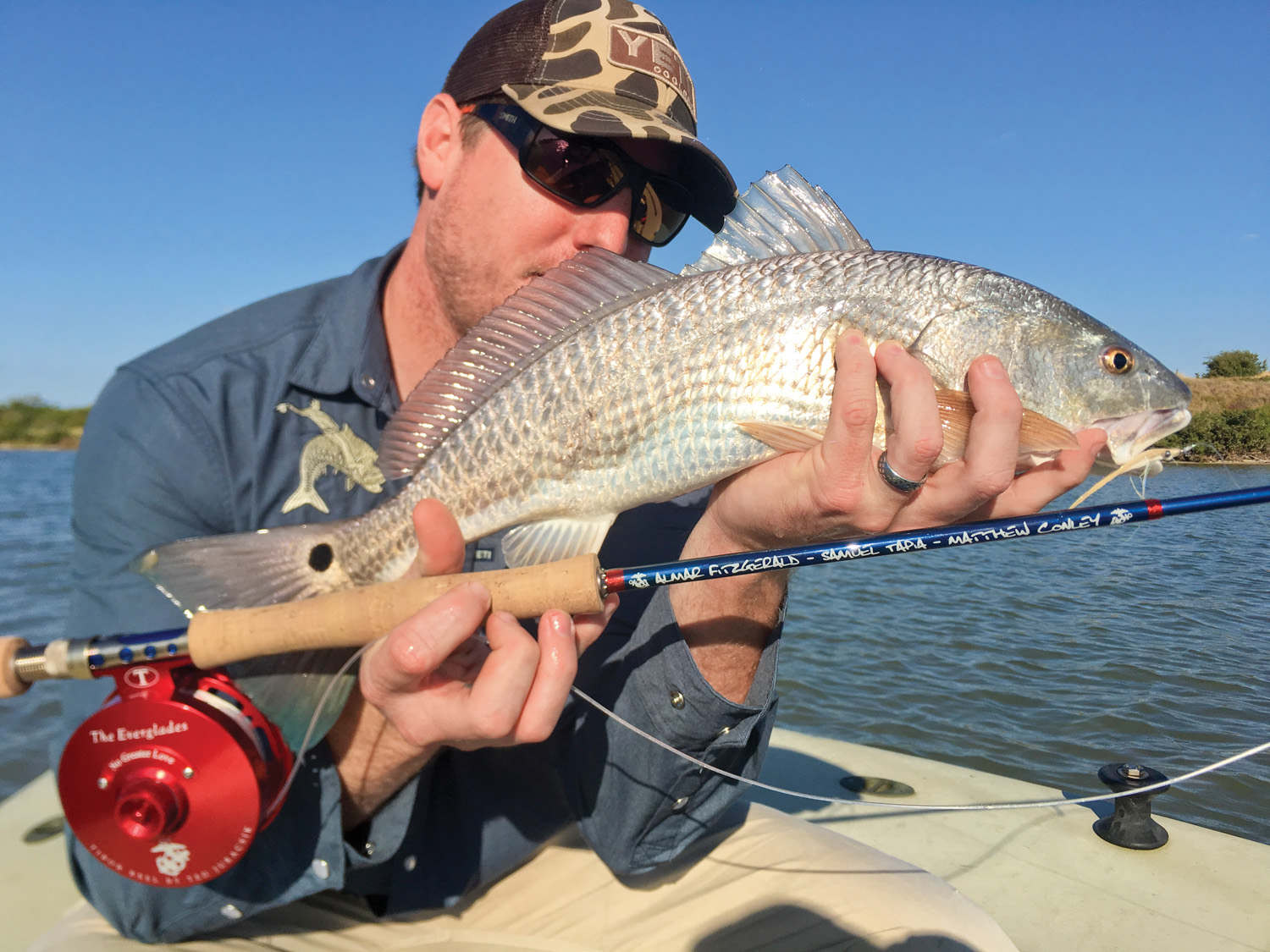 Safe to say that after 21 years of guiding fly anglers on the Texas coast, quite a few people have crossed the gunwales of my skiff. Some of these individuals and I did not exactly “click” and they moved on to fish with other guides. Others have not only become great customers, but great friends as well. Usually, the common denominator that bridges the gap from great customer to great friend is a shared level of passion for the sport and dedication to it.

One of my customers, Gonzalo Vargas, who happens to be one of the most gracious people I know, asked me this question. “Do you know the difference between an appetite and a passion?” He continued on, “If there is one thing that I have learned from fishing the flats for tarpon and redfish is that an appetite for anything can be fulfilled. Not so with passion – you always want more.”

This attitude is what keeps him coming back, whether on the bow of one my skiffs or on the poling platform of one of his skiffs. But this is only one reason that I consider him a friend. Another reason comes from the respect he gives me. You see, as mentioned above, he owns two poling skiffs (and happens to be my neighbor down at the fish camp) and despite the fact that he has caught hundreds and hundreds, maybe even thousands of fish with me, never once in 20 years of fishing together have I ever seen him fishing a spot that I took him to. I wish I could say the same about everyone that has hired me. Some of my past customers are now guides, and yes, I have seen them poking around aplenty. But I digress….

Now let me get to the real reason for this particular piece.

I have another great customer that truly is one of the most passionate fly anglers I have ever met. His name is John Brandon and I can assure you, he is stupid-passionate about fly fishing on a level I have seen in very few individuals.

Anyway, last summer we were poling around and he started telling me about a custom fly rod and reel combo he was having made to honor some friends that made the ultimate sacrifice for their country. You see, John served in the United States Marine Corps, several tours in the Middle East, and will probably be upset that I mention it but he also is a Purple Heart recipient. Anyway, like so many combat veterans, John lost friends on the battlefield.

Now, I cannot actually tell you how or where the conversation went from there but, I received a phone call from him right before Thanksgiving and he told me the rod was done and he wanted to take his friends fishing. As you can see from the pics, I had an open day and we were able to share a beautiful autumn outing with them.

So, before I run out of space, let me tell you about the rod. John informed good friend and custom rod builder, Richard Underbrink, of his plan and they selected a Sage Salt 7-weight blank because its color is almost a perfect match for the blue of the USMC dress uniform. John had the guides and other wrappings done in crimson red to represent the “blood stripes” of that uniform, and the names of his friends, Matthew Conley, Samuel Tapia and Almar Fitzgerald, added to the butt section. John also said there could have been so many more names. The rod only had so much room so he would honor ALL of the men and women lost in the reel he chose. Needless to say, Richard built a beautiful piece of fly fishing weaponry to honor these men.

As for the reel, he made a wonderful and very appropriate choice in a Tibor Everglades, not only because of the quality but because of the man that created it. If you read and follow me, you will know that I am a diehard Tibor reel fan and I have great admiration for Ted Juracsik for his love and dedication to this country. If you do not know Ted’s story I encourage you to go my website www.mangrovefly.com and read Made in the U.S.A in the blogs section. This reel truly represents what is great about our county, especially the men and women who pick up a weapon to not only stand guard over us, but also fight to make the world a better place.

While fishing, I asked John, knowing that I was about write this piece, to tell me the motivation behind his idea. And he said, “In all my life there are three things that have made me happy and that I truly love; my time in the Corps, fly fishing, and my family.” He then continued, “This rod and reel allows me to combine my passion of fly fishing with my love of the United States Marine Corps and dedication to my country, while honoring fallen friends. Who knows? Some day one of my girls might catch a fish on it and everything will have come full circle.”

Thanks to each and every person who, at one point in their life, has written that famous blank check, payable to the United States of America, for an amount “up to, and including that person’s life.”