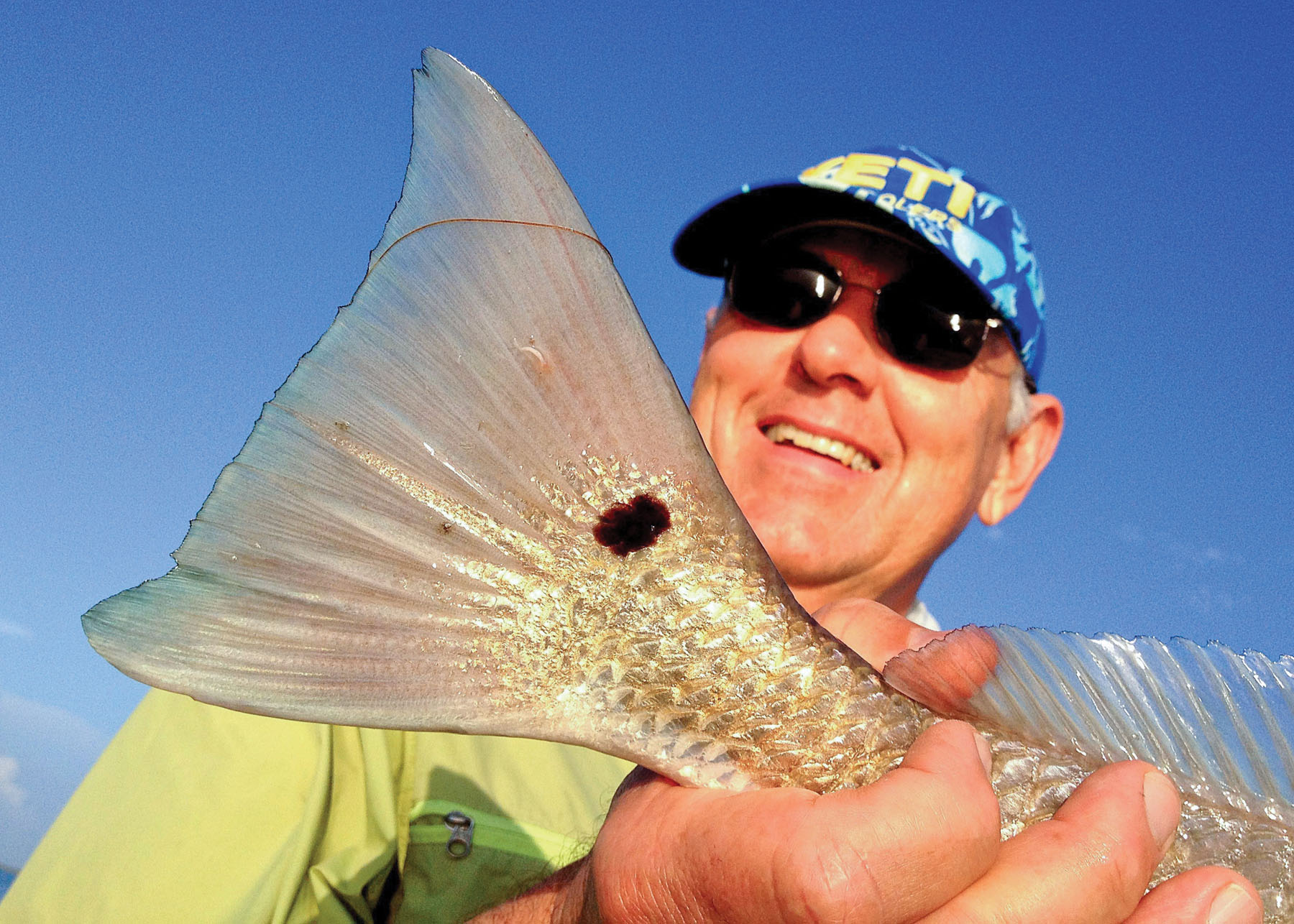 Earlier today I received a phone call from an individual interested in booking a day of guided fishing. After the introductions were over, I proceeded to ask him a few questions to get an idea as to whether he just wanted to go fishing or if he had designs on pursuing a species other than redfish. He quickly responded to my questioning, "No, I just want to know when I can catch the most fish and I will book those days."

From there I started to explain that there was no way I could predict the days that he was guaranteed to catch a boat-load of fish. After hanging up the phone and being okay with knowing I was never going to hear from this guy again, I started thinking to myself – what truly are the most important ingredients to a perfect day of chunking feathers and fur in the brine?

Well after pondering it a while, I came up with an idea of what is needed to have a great day on the water. Going into this, it important to know that three of the five ingredients can be controlled by the angler, the others are controlled by the Good Lord. However, the two controlled from above can be predicted with some degree of accuracy. This means, we can always watch the news and have a reasonable idea what the weather is going to do in the days prior to going fishing. As for the tides and currents, well they have been predicted out way beyond the life of anyone reading this column.

For many, especially those of us that are fly fishing fanatics, we tend to go fishing every chance we can get. Some of these fanatics are lucky enough to have a cool wife or girlfriend who allow them to fish anytime they want or, some of them are like me and do not have either, and probably never will, because we fish too much. This fanatical obsession tends to create a need, at least in our minds, to practice. Casting practice coupled with an abundance of experience that comes with extensive time on the water is what creates the skills needed when the stars and moon align. It is kind of like having all the ingredients for a killer loaf of bread in a bowl ready to be stirred. In fact, one might even say that skill is the spoon that whips everything up to create the perfect mixture that is a great day of fishing.

Many of you have heard me say before, if you want to make the most of your time on the water, you should fish even when you cannot. I guess this is my way of saying that the skiff should be maintained for peak performance, tackle should be cleaned and lubricated, fly boxes filled and tackle rigged before you ever leave the house. If you are going to fish for a species that you have never caught before, spend some time reading up on that fish and some techniques for catching and landing that particular species. In doing so, you will be ready to make the cast when that first fish appears.

The whole weather thing is pretty self-explanatory. Nothing can hurt a fly fishing excursion faster than bad news from the meteorologist. Relatively light wind and sunny skies make for the best days on the bow of a skiff however, there are some weather phenomena that can make the fish go bat-crap crazy. The trick is to learn what weather events spawn an all-out feeding frenzy and try to be there to capitalize. However, it is important to remember, none of us have the ability to control the weather and sometimes you just have to make do. But know this, if I ever learn to control the weather I think my rates are going to have to go up.

Currents and water levels are another important part of the recipe. Notice I did not say tides. The reason for this is because the tides on the Texas coast are very easily affected by weather. And, in many places along the coast, the difference between high and low tide can be as little as an inch. The important thing to pay attention to is the current and water level. Currents can be accelerated or decelerated by winds and water levels can rise on a windward bank and fall on a leeward bank in a strong blow. In addition, water levels will fluctuate in relation to the weather in regards to high and low atmospheric pressure. And, as we found out yet again along the Texas coast, water levels can also rise with an influx of flood waters. It is obviously beneficial to pay attention to the tide tables and currents however, it also important to learn how to predict how the weather forecast is going to affect the currents and prevailing water levels. Unfortunately, we cannot predict the weather the way we do the tides.

Going back to the analogy of making a loaf of bread – if skill is the spoon, a great attitude is the yeast. Meaning, beyond any shadow of a doubt, attitude is the most important ingredient. Folks, I have a lot of people who fish with me who are far from talented with a fly rod, however, they always have a great time. Why? Because they show up to the ramp with a smile on their face and an "I'm going to have a great day no matter what" attitude. These are the people who truly get the most out of a day on the water.

After reading over this piece, I came to realize that it is rather similar to something I did a while back. Actually, though similar, it is also quite different. And usually, I would probably start over and try to come up with something fresh for you. However, after really thinking about it, I think if there was one piece I should revisit often it would be this one. It is real important to know, if you approach each day with a great attitude, dedicate some time to being better and never let your expectations outweigh your abilities, you will never have a bad day on the water.