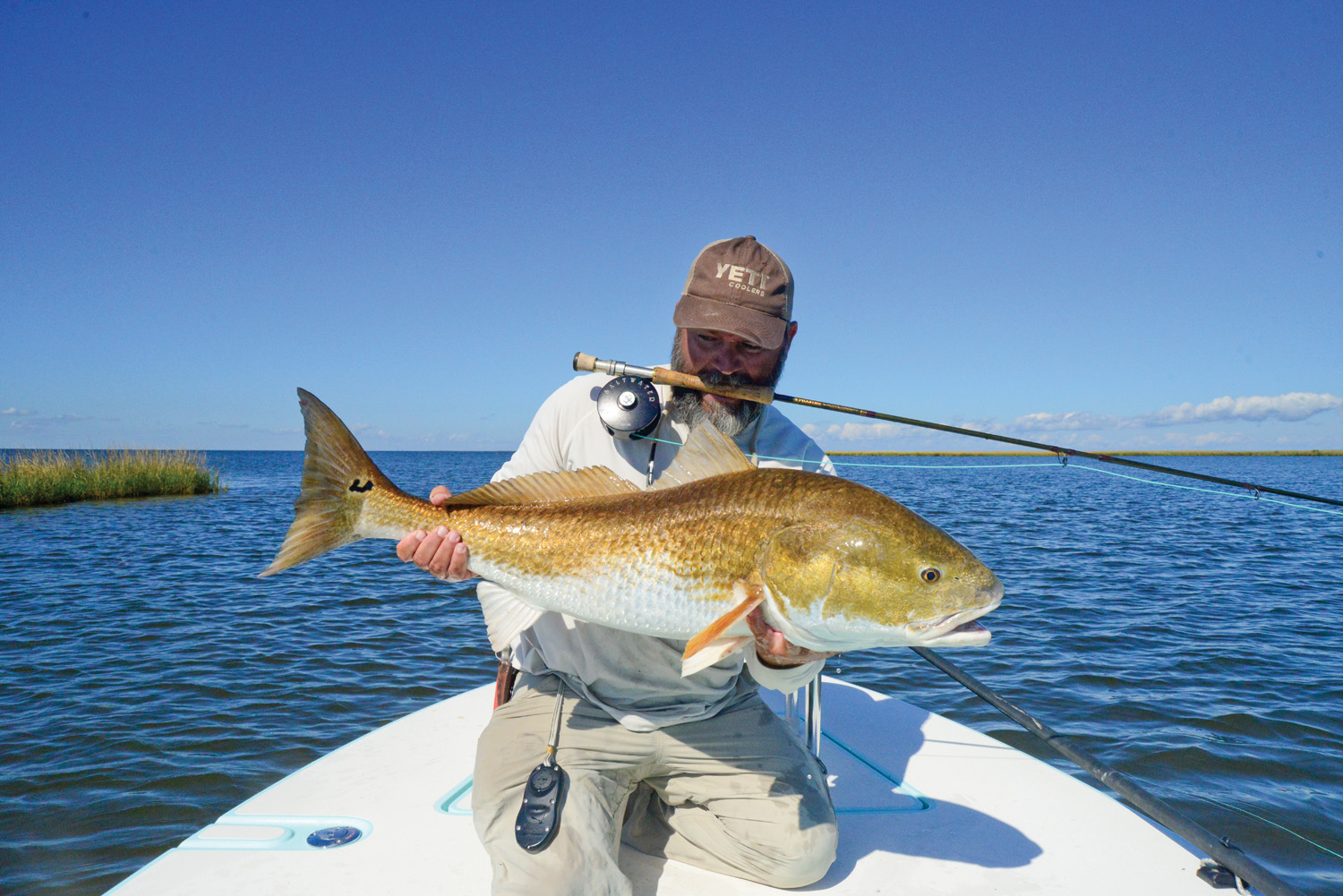 How’s this for a selfie…putting the old 8-footer to work!

If I’ve learned one thing as an angler and guide over the past twenty-five years – no one rod, reel and line combo can do it all. Now at this point, one might argue that I'm stating the obvious. However, size and species of fish not withstanding, I'm talking about fishing for the same species of fish in the same size range, and still needing more than one combination. So, with that said, I'm going to dive into the concept of using a much shorter rod and when it might be appropriate.

Now before I get into the use of shorter rods, I would like to touch briefly on the concept of using a longer rod and when it might be advantageous. Mind you, I do not personally own any rods longer than 9-feet but I know numerous individuals that own 9-1/2 and 10-foot rods and use them with great success at the jetties and while fishing the surf. The extra length allows you to keep the line higher above the breaking waves of the surf and the rocks at the jetties. And, while I have never witnessed it, I have heard talk of people using spey rods in the surf and on the jetties for making longer casts to marauding schools of jacks and redfish. It all seems like a great concept to me and I can see the advantages of it however, not liking to fish from shore, there's really no reason for me to get into the long rod thing. However, I do fully take advantage of shorter rods while fishing from my skiff.

About 15 years ago, at the recommendation of Flip Pallot, I started fishing G Loomis rods exclusively. Flip gave me few rods to get started and in no time, I was in contact with Loomis and placing my first order. While perusing the catalog, I stumbled across one of their 9-weight 8-footers and thought to myself; that would be a great rod for fishing the Everglades, throwing in and around dense cover. This particular rod was part of the G Loomis Cross Current series that sold for considerably less than the CC GLX series. Knowing I didn't have a trip to the ‘glades planned anytime soon, and that I wouldn't be needing the rod for quite some time, I had to make a decision. But being the impulse buyer that I am, it and numerous other flyrods showed up to my doorstep a few days later.

Thinking that I bought the rod solely for snook fishing, I did not pull it out of the tube until the following spring when I arrived in Florida. After using the rod for the entirety of my snook fishing throughout the week, I was amazed at not only how much easier it was to make accurate casts in tight spaces but, also how well it cast, especially at shorter distances. In addition, the leverage of the shorter rod proved invaluable when fighting fish in and around heavy cover. We even managed to land a couple of tarpon in the 50-pound range on this rod.

Upon my return to Texas, I began using the 8-footer on a regular basis for both myself and my customers and it quickly became, and remains, one of my favorite rods of all time. Especially when fishing in areas with poor visibility when the shots come quickly and very close to the boat. But alas...all good things must come to an end.

I do not remember exactly when but, a few years down the road I heard that Loomis had discontinued the production of one of my favorite rods. Knowing how much I loved this rod, I was smart and purchased a back-up. But that was not enough so I took to the phone, calling fly shops all over the country, and managed to locate and purchase two more. The great thing is that I am still fishing with my original 8-footer and have not had to use any of my back-ups.

Several years later I had the pleasure of fishing with G Loomis chief rod designer, Steve Rajeff, and I expressed my displeasure with them discontinuing one of my favorite rods and begged him to reintroduce the Cross Current 8 foot, 9-weight. In short, it wasn't happening.

Then one day I got a call from Steve, again several years later, and he said that he had some prototypes for me to try. I was thrilled when I opened the tubes to find several 7’-6” rods in various sizes. I was quick to slap reels on them and head down to the dock.

Now, because I believe in being 100% honest...I didn’t really like these rods at first, and was quick to call him with my opinions. He then told me that he was hoping to talk to me before I went out and tried them, to explain that the rods were designed to cast aggressively tapered fly lines. He then proceeded to give me some suggestions of what lines that he liked on the rods but also explained that I would have to experiment with different weight lines as well as different tapers. Fortunately, I have quite the selection of fly lines and was able to find numerous lines that cast quite nicely on the different weight rods that I had to try out.

Since then, these rods known as G Loomis Pro 4X SS (short sticks) have proven themselves to be quite useful. By using the aggressively tapered lines and sometimes over-lining them, these rods allow us to drive casts into tight pockets both along the mangrove shorelines of South Florida and underneath docks while night fishing the Texas coast. They also come in handy on cloudy days throwing large flies to both Texas and Louisiana redfish. Another place they work well is in situations where you might find yourself fighting a fish vertically in deeper water. I have also had great success in teaching newcomers to the sport of saltwater fly-fishing how to “shoot” line of short and heavy taper with these rods.

One final thought in regards to the Short Sticks. While they are a very useful tool to be added to your arsenal, these rods do not offer much in the way of finesse. In my opinion, at least until I discover otherwise, these rods are for situations that demand aggressive fishing techniques.

Anyway, I hope I have given you something to consider in your quest to catch more fish. Until next month…be good!