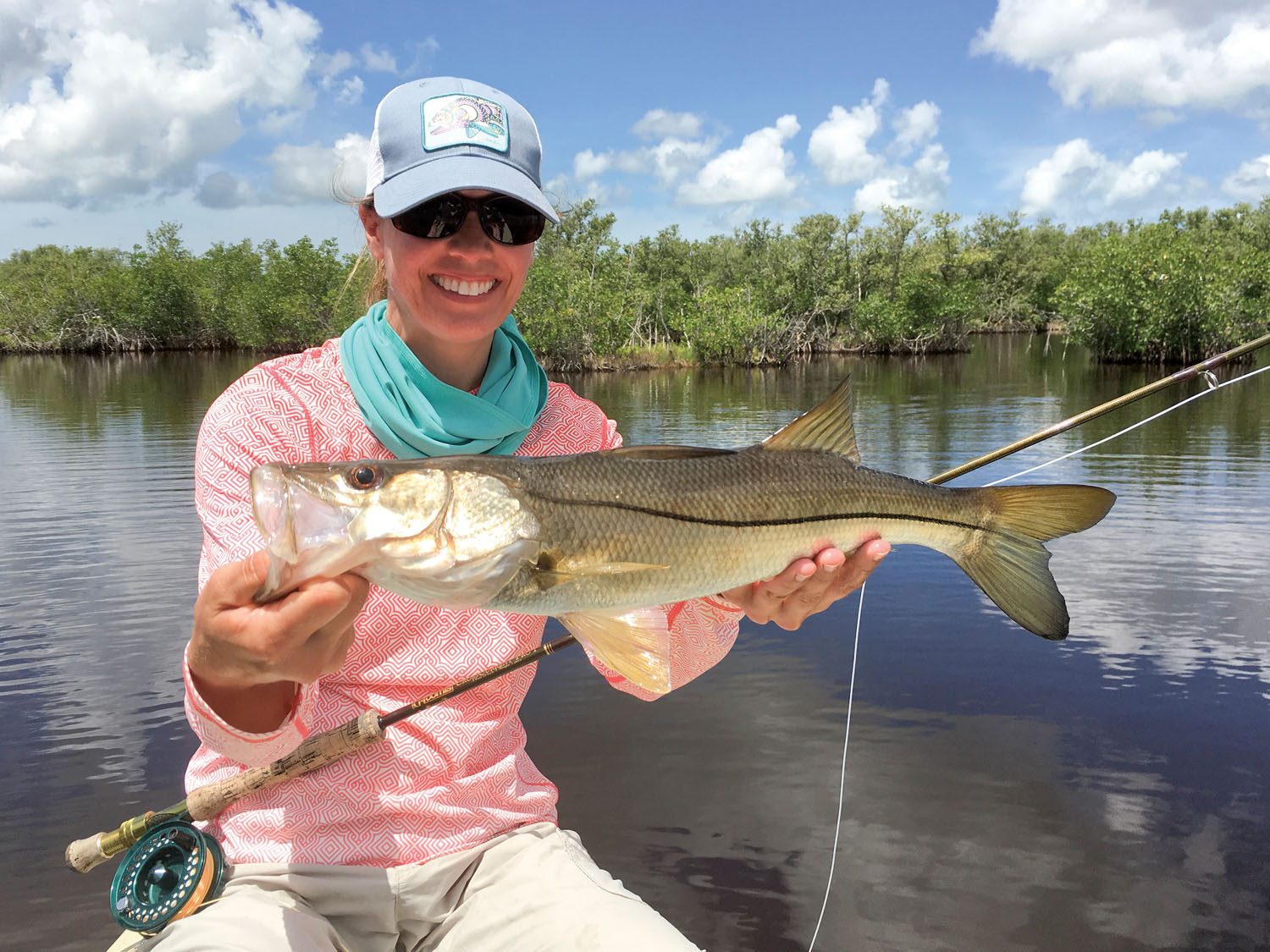 Fly fishermen all have some aspect of the sport that we either identify most closely with or that consumes us. For me it's tarpon. I would readily pass on a day of fifty redfish to hook a single tarpon. In contrast, I have a friend whose passion is simply catching fish, no matter the species, on his hand-tied flies. Another friend is obsessed with perfecting his cast. He cares little what he catches, so long as his cast is perfect. Neither of these individuals are guides, yet both are obsessed with the sport, albeit different aspects. Now, with that being said, and while I have my own obsession to live with, I have a vastly different obsession as a guide.

As a guide, my obsession is to put as many anglers as possible on what we call a "slam." In layman's terms, a slam is three significant species caught during a single day of fishing. Significant is key here as significance varies from angler to angler.

Now before I get too much further into this I should recognize that IGFA (International Game Fish Association) has numerous categories inshore, billfish, bass, salmon, etc., in which they recognize and record angling achievements. To receive such honor, you must catch three fish within specified categories the IGFA deems significant or worthy species. Personally, I couldn't care less what the IGFA recognizes as worthy, and even less about receiving an award from them. I just want to enjoy my day on the water and challenge Mother Nature every chance to put my customers on the best day possible.

Moving on. Growing up in Texas I knew of only the Texas Slam, which consists of a redfish, trout and flounder. It was not until I became a dedicated fly angler that I learned of substituting a black drum for a flounder. On my skiff we now recognize both combinations as an accomplishment. We have also caught, on numerous occasions, what I like to call a Gulf Nearshore Slam, which consists of a combination of any three tarpon, redfish, cobia and jack crevalle. Then of course there is what I like to call the POC slam tarpon, redfish and trout. The other slam we strive for on my skiffs is a Backcountry Slam. Remember, I also guide in Florida.

So a Backcountry Slam consists of a tarpon, snook and redfish. As an angler I have personally achieved this only once. To add even more significance, it included fishing in two states! The tarpon and snook came on a morning trip in Florida and then, hopping a flight home, I arrived with just enough time to launch my boat here in Seadrift and caught a Texas redfish. Kinda proud of that, BTW.

Anyway, over the past eight years of guiding in Florida during spring, I have managed to put at least one angler on a Backcountry Slam (on fly) annually. This past spring season I pulled it off twice, and even more special, they were both lady anglers. One was from Texas.

Setting the stage. Years ago I had the pleasure to meet one of the finest human beings I know, David Yeates. This past year I had the chance to guide David and his wife Tiffany, (nee Fluitt), who most Texas fly anglers know as the proprietor of Gruene Outfitters. Until that time I knew her only through reputation. As for why I consider her to be of great importance to our sport, Tiffany not only owns and operates one of the few remaining "mom and pop" fly shops in Texas, she is also an incredible angler and fine role model to women who aspire likewise.

Long and short of it; I was fired up when she called and said, "Scott, I want to book a few days with you down in the 'Glades to surprise David."

It took some work but we were finally able to arrange three days in June, just prior to my departure to Texas. We focused on big tarpon on day one and two, but unfortunately that didn't happen. So for the third day, I recommended that we take the little boat and head deep into the backcountry for some baby tarpon and snook fishing. It did not take much convincing and early that morning they met me at the historic Everglades Rod and Gun Club.

David quickly did a number on a decent-sized snook at our first stop. From that point everything seemed to fall into place with both of them landing a few baby tarpon and a decent snook or two. As we continued our search I made the comment that it would be awesome if one of them, preferably both, could catch a redfish to complete their slams. I seem to remember some discussion as to why I was intent on making it happen"I have an ego that needs to be stroked now and then and a slam is a great way to get it done."

A few hours passed and we were poling down the last stretch of what I call Snook Alley. Tiffany was up and working the mangrove edge perfectly when we arrived to a bottom swag, fish often hold in the slightly deeper water there, maybe twenty yards from the mangroves. I instructed her to begin landing her cast further away from the mangroves and a little ahead of the boat so that we could fish the area thoroughly. She did, and a few casts later the water boiled and a fight ensued. I quickly noted that the fish was not fighting like a snook. Maybe a red, and at that point I began chanting, "Please be a redfish, please be a redfish, please be a...YES!"

I was ecstatic. Tiffany and David probably both thought I was a certified idiot after my exuberant display but, I'm quite certain that they enjoyed the experience just as much.

You know, over the years, I have on occasion mentioned my appreciation for not only my friends and customers, but also the many people I have met who love fly fishing as much as I do. In fact, I would go as far as saying that 99% of the fly fishermen and women I have met over the years are the best of the best. David and Tiffany are at the very top of that list and it was a shear delight to not only have the chance to guide them, but to have the opportunity to share in the experience known as The Slam.