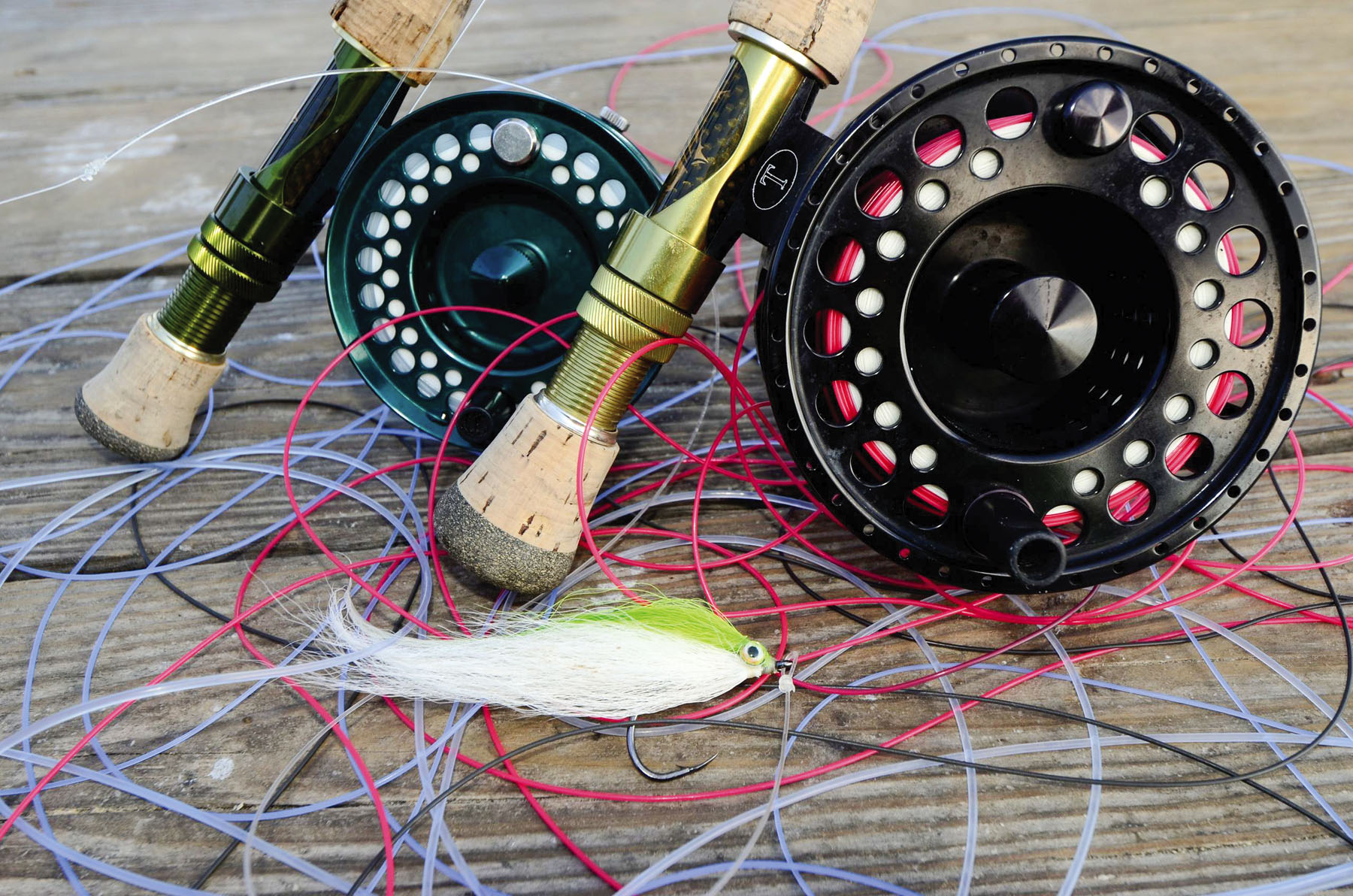 Over the years, choosing a fly line has become increasingly complicated. Every fly line manufacturer out there has their own version of this line and that line. So I guess I will try to take some of the mystery out of choosing the right line or lines for fishing the Texas coast.

But, before I get into the lines themselves, I would encourage you all to try to think outside of the box. Our Texas waters have so much more to offer the fly angler than just sight-casting the flats for redfish. The problem is, very few anglers care to explore the options, nearly too numerous to count, because they will not take the time to learn and master the various techniques necessary to achieve success. This is where different types of fly line come into play.

For all intents and purposes, the only four types of line the Texas angler should be concerned with are the floating, sink-tip, intermediate and sinking.

As far as floating lines go, just about every manufacturer produces a product called "Redfish" line. The redfish line is basically a floating line with a shorter head designed to load the rod sufficiently for the, more often than not, short quick casts we experience while fishing for redfish. Some company's redfish tapers are more aggressive than others, meaning the head is shorter or even over-weighted a bit to load the rod even quicker. For example; the Rio redfish line seems to have a short yet heavier head and loads the rod very quickly; whereas Scientific Angler's (SA) redfish line has the same short head but is of a more standard weight. In layman's terms- the Rio's 8 wt redfish line is more like an 8 wt and the SA redfish 8 wt line is exactly that, an 8 wt. There are advantages and disadvantages to both. For example, the Rio loads quicker and seems to carry heavier flies out to the fish better, however, it lands on the water much harder. To me, the SA version is more versatile in that is still aggressive yet, with practice, it can still be finessed to a fish. In fact, I have come to like the SA redfish line for just about all of my flats and back-country sight-fishing, no matter the species. The only problem I have with it is that they do not make an eleven or twelve weight version which would be ideal for back-country tarpon fishing. Okay, now for the condensed version for sight-fishing the Texas flats, it is hard to beat a redfish taper.

Moving on I would like to talk about the most versatile of all the fly-lines; the sink-tip. Sink-tip lines are floating lines with, usually the last 10-15' being a clear, intermediate tip. This type of line can easily be used on deeper flats to sight-cast to fish where a little extra stealth is necessary but really excels in blind-casting situations. That is right folks, I used that dirty little phrase nameblind-casting. But, I am here to tell you, if you ignore this technique, you are missing out on a great many opportunities. Anyway, for those who do blind-cast or are interested in doing more of it, especially in water 2-4' deep, in my opinion, the sink-tip is tough to beat. It is like having a 20-25' leader instead of a ten footer. The long and short of it is, you gain a little more stealth and it helps get the fly down to fish that might be hanging on the bottom, especially meatier, un-weighted patterns such as sea-ducers and deer-hair bugs.

From the sink-tip we move a little deeper into the water column and further into the blind-casting zone by utilizing a full intermediate line. These lines are designed to be fished in deeper water for fish feeding just below the surface however, just like the sink-tip they also work well for getting flies down in 4-6' of water by way of a slower retrieve. While many intermediate lines are colored, I prefer the clear lines for the extra stealth. And, while there are several companies that make what they call "clear" lines, they always seem to be more opaque than clear. Years ago there was an intermediate line known as a mono-core that was nicknamed "slime line" by tarpon anglers over in the Keys. This line had a single monofilament strand running through a near crystal clear coating and it was, and still is, one of my favorites for a great many fishing scenarios. Unfortunately, these lines are no longer made, however, in the somewhat recent past SA introduced a clear-tipped line in their Streamer Express series. And by all accounts it is a true, clear-tipped line that fishes very similarly to the old slime lines. The only difference is that it has a colored running section. I have to say that I do not leave the dock without one on a 7 wt rod for trout and redfish and also on an 11 wt for larger fish such as jacks and bull reds. Outside of the fact that it has a truly clear head on it, it casts like a dream and casters with less skill seem to do well with it because of the very aggressively tapered head.

Last but not least is the full-sinking line. This type line is the probably the most difficult to utilize of all lines available. For one, most are built to be thrown like a shooting head which for many is a difficult task to master. And, for two, these lines are usually used in situations where there is a great deal of current. Strong currents tend to put a bow in the line while fishing which makes it difficult for the unskilled or intermediately skilled angler to stay in contact with the fly, thus making the manipulation of the fly and the hook-set unusually difficult. It is for this reason that I often choose flies tied on circle-hooks when fishing sinking lines. But, despite the challenges the full-sinking line creates, it is in fact a great tool in the fly-fisherman's arsenal, especially when fishing in deep channels and offshore. Should you choose to go to this extreme, I highly recommend looking for someone who has experience to help get you started on the right path.

Anyway, I know I have barely touched on the subject but, I encourage you all to take the time to learn more. Talk to the folks at your local fly shop about the different lines and how they use them.