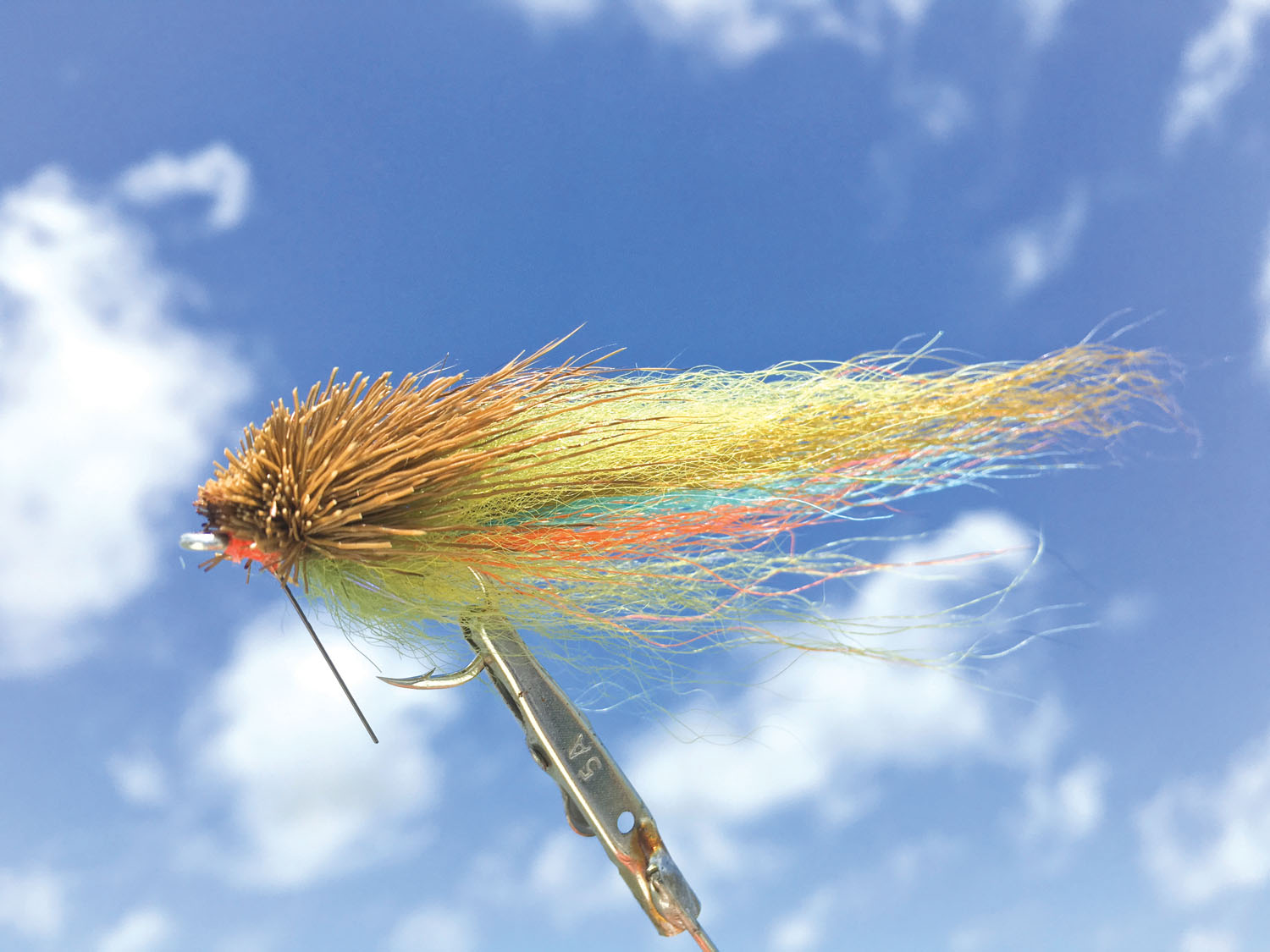 Fly-guides and anglers have debated for years whether a weed guard is a worthwhile addition to a fly. Many say that it is necessary when fishing shallow grassy flats or a mangrove shoreline while others argue that too many hooksets are missed because of weed guards. In fact, I know numerous guides that refer to weed guards as fish deflectors. As for my opinion on the subject, I believe that if you choose the right fly for the water you are fishing and that the fly is tied correctly, you should not need a weed guard much of the time. But what about the times when it is necessary?

Now before we get started, let me assure you that the best way to keep grass from fouling a fly is to make a perfect cast and have the fish immediately rush over and devour it. But, as we all know, none of us are that good.

In reality, I would argue that the best way to combat underwater vegetation and snags is tie on a fly that rides in hook up orientation. There are too many patterns in this category to name but I will throw a few at you regardless. First let us start with my absolute favorite of all time which is my Shrimp Slider. The Shrimp Slider is a pattern that I came up with years ago totally by accident. And, if I remember right, I think I was trying to create a soft spoonfly out of rug yarn and the fly acted nothing like I thought it would. Instead of wobbling like a spoon it would dart side to side almost like a teeny-tiny jerkbait, which is pretty unique in regards to a fly. However, that was far from the best part. The best thing about this fly is how remarkably weedless it is. Notice that I said weed-LESS and not weed-proof. Moving on, I want you all to remember that there is no such thing as a completely weed-proof fly.

Anyway, without getting too deep into the how-to-tie aspect of this fly, I will say that its unique construction enables it to literally climb over vegetation and snags and even seems to part and move through lighter-bladed grasses such as shoal grass and manatee grass. My guess is it is the combination of the wide body and a bent hook that provides this.

Another fly that works incredibly well in the grass and around snags is a light bonefish slider or a muddler tied to ride hook up. Again, the hook-rides-up aspect of these flies combined with a wide deer hair head seems to push the grass away from the hook point. The trick is to keep these flies light but not so light that they will not ride hook up. The trick to doing this is to use a light hook that the deer hair will be able to "flip" with very little weigh beneath the shank of the hook.

Then of course there is the good ol' bendback fly. The bendback is a bucktail fly that is created by bending the hook shank near the eye and then tying the tail where it covers the hook-point. And, not only is the bendback a very effective fly, it is ridiculously easy to tie making it must in every fly box.

Now let us move on to weed guards. Like I said before, anglers have a love-hate relationship with them in that most love to hate them. However, regardless of what I consider to be the best guides and anglers in this country have to say about them, I will tell you that they are, in fact, a necessary evil at times.

So over the years I have experimented with what I believe to be every conceivable type of weed guard that there is and have come to the conclusion that there is only one that should be considered. Imagine that, I have an opinion. Now that last sentence will most likely get a good chuckle from many of you, especially those who have spent time sharing a skiff with me or for even those of you who have been reading my stuff for a number of years. But, I can assure you that it is a very well-informed opinion.

As for the weed guard I speak of, it is a single-post guard created by using a piece of light titanium wire. Now let me be frank, tying this guard into a fly pattern is a pain in the you-know-what, however, it seems to be the only weed guard I have ever fished that I feel has very little effect on the number of hookups we get but also significantly reduces the number of snags and grass-fouled flies.

So, have you ever heard the saying, "You can't teach an old dog new tricks?" Well, here is an example of an older dog teaching an old dog. I learned of this wire while having a discussion with friend Tom Horbey. I was explaining that I needed to start filling my box with some snag-free flies for my Everglades exploits and he asked if I had ever tried wire. I of course explained that I had but was not impressed. He then asked, "Did you use stainless wire or titanium?" I informed him that I had never seen titanium wire and then proceeded to his closet where he rooted around for a bit and produced a package. The name on the package was Knot 2 Kinky (18 lbs strength) and let me tell you, the product name is a perfect description. And, this is exactly what makes it difficult to incorporate into a fly but what also makes it the perfect material for a weed guard.

You see, the titanium is just stiff enough to push the fly away from snags, yet flexible enough to fold out of the way and expose the hook point when a fish closes its mouth. The result is a remarkably high hookup ratio.

Now here are a couple of tips for tying in a Knot 2 Kinky weed guard. Number one is you need a pair of small tipped piers with no radius so that you can bend the wire. Then, once you secure it you must do so very, very tightly and then take a couple of wraps up the post. Most important you have to coat your finished head with epoxy. If you do not, the hard metal wire will be able to twist and turn beneath the thread and can become twisted in such a manner that it does not protect the hook point.

I hope this helps.