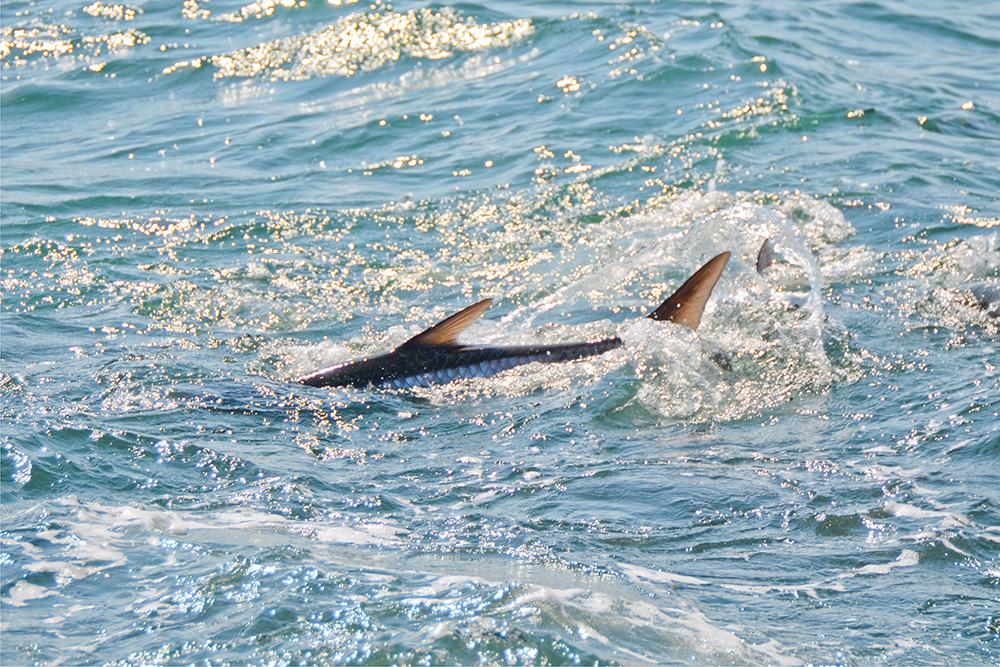 Have you ever had one of those days when you left the dock with zero expectations and returned saying to yourself, “Holy crap…what just happened?”

As a guide I can think of maybe 10 or 12 of those days over a 22 year career. For me, the real enjoyment of those days has been trying to figure out exactly what happened so that I could be there when it happened again.

In some instances I have been able to replicate the results, maybe not to the extreme it happened before, but to great success regardless. The day I am about to tell you about, not so much. I have tried, but just haven’t been able to figure out what made this day so special.

Now before I get into the story, I want to preface it with the simple fact that I really HATE, and I cannot stress that word loudly enough, to fish by myself. For one, I do not like not having someone to share the experience with, especially if something really special happens. Secondly, if something happens that is unbelievable…there is nobody to verify the ensuing stories to be told.

So here I go, with nothing but some less than decent photos taken that day to back me up.

A couple of years ago I was asked to run a trip out of the Mansfield Club (obviously Port Mansfield). Having not fished there in years, I decided to go down at least a day early to scout around. Upon launching my panga, I decided to head south of the Arroyo to the waters I knew much better near South Padre. As I idled out of the harbor, I made quick note of how calm it was and decided to run the Gulf beach down to the Port Isabel jetties, hoping to run into a school of something, and then fish my way back up on the inside.

Shortly after the Padre Island Seashore turned into the massive hotel and condo seashore, I noticed the water frothing in the distance, just offshore of my position. A hard turn to port had me pulling up to a Texas fly-fisherman’s dream. There was bait everywhere and the fish were loosing their minds.

It did not take me long to hook into a nice jack and the race was on. Shortly after landing it I was hooked into another one. While fighting the second, I noticed a few tarpon feeding nearby. I landed the fish and kicked the iPilot into high gear and started trying to keep my fly away from the jacks and get it front of one of the tarpon.

I was not successful at all in that every time the big white deceiver hit the water a jack was on it like a fly on stink. After breaking off the third jack of the day I decided to switch to another type of fly. It worked; the jacks did not immediately go after it and several casts later, a tarpon engulfed the fly. With great difficulty, I boated the little 40-50 pounder. A 70 and 30 pounder eventually came boatside as well on that magical day after jumping and loosing a couple others.

An hour into this, another boat noticed the action and the bent rod and came plowing into the feeding frenzy, sending the tarpon to the bottom. I was bummed to say the least but, hey, I had three and it did not bother the rest of fish.

And, while I was debating whether it was worth having a confrontation, some hitchhiking cobia showed up. As I drifted through the blitz of tarpon and jacks, some cobia had come alongside to enjoy the shade provided by my panga. Seconds later the tarpon fly was securely lodged in a thirty-eight-inch cobia’s mouth. Wow! What a day!

And, it got better. The blitz that I stumbled onto lasted more than three hours, allowing me to land another tarpon and another cobia as well as a Boone and Crockett Spanish mackerel, a kingfish and several little tunny (false albacore).

Eventually, all good things must come an end and the fish quit feeding. It was time to get back to work. I needed to get into the jetties and start finding some redfish. As I made my way down the ICW I found numerous groups of birds working over schools of trout and reds and even found a shallow flat with some reds that we could wade.

Life was good and I was headed back after a spectacular, off-the-chart, day. That night I even added a few more trout and a fat snook to the bag. The absolute most spectacular day of fishing that I had ever experienced. Nine species in a single day…actually I seem to remember a ladyfish and a few sand trout but….

To this day, I cannot figure out what made that one day so special. I keep trying and keep failing. Hopefully one day I will figure out all the ingredients and hopefully, the next time, one of you will be along for the ride so that I can share.