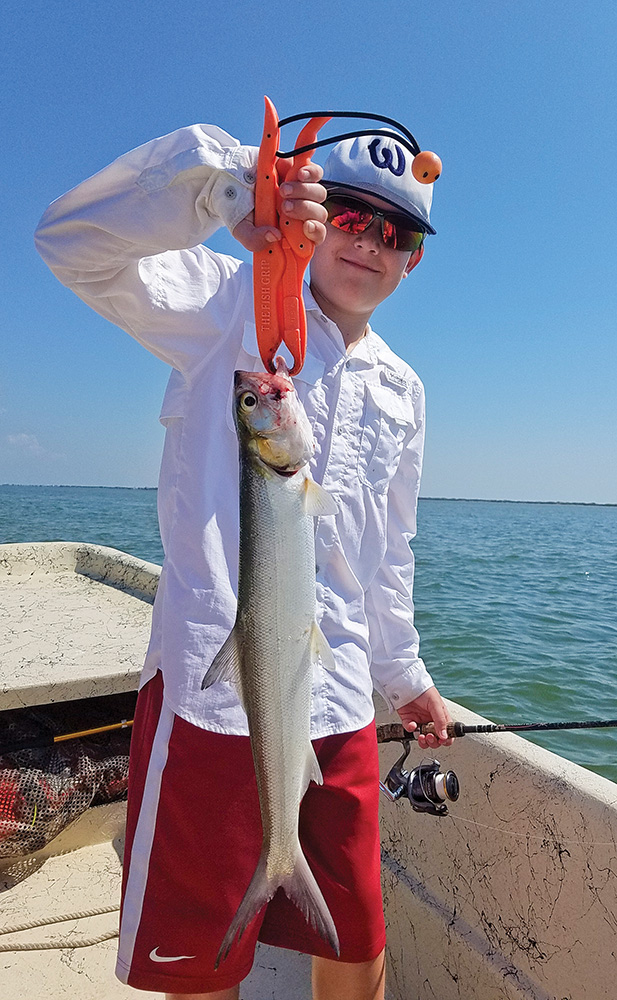 As of late there has been much talk concerning the 2018 federal red snapper season. Changes are coming, but the exact details are yet to be finalized. What we do know is that the Gulf of Mexico Fishery Management Council will ultimately make the decisions for us. Hopefully, by mid-May they will announce the dates and number of days we will be allowed to fish.

The season historically begins on June 1 and continues for any number of days until the recreational catch quota is filled. The total allowable number of pounds in the quota is predetermined by the council. For years there have been much controversy over the data used to determine the allowable catch.

Earlier this year the Texas Parks and Wildlife took the bull by the horns. TPWD submitted an EFP (Exempted Fishing Permit) application to the National Marine Fisheries Service. This was in the form of a request to manage the recreational red snapper fishery during the 2018 and 2019 red snapper season in federal waters.

Who better to manage our red snapper fishery than TPWD? Nobody I can think of; especially considering their past successes in managing inshore species.

The EFP would allow TPWD to manage the length of the season based upon their data as to the amount of fish harvested by recreational anglers. The National Marine Fisheries Service (NMFS), a division of NOAA, will ultimately determine the total allowable catch (poundage) for Texas.

TPWD’s request is backed by scientific data of the expected existing biomass totaling 16% of the allowable take from the entire Gulf of Mexico. It is estimated that the red snapper biomass off the Texas coast accounts for 42% of the red snapper in the Gulf.

The federal quotas are based on pounds of fish caught, not numbers of fish. To put these facts and figures into perspective, let’s consider the average fish to be 23-inches long and weighing 7-pounds. These estimates will allow Texas anglers to harvest from 101,000 to upwards of 154,000 red snapper during the 2018 season.

Using proven data and real-time statistical catch rates, the season should run its course in an unaltered nature. If the overall allowable catch quota is estimated to have been filled, the season will be closed at that time. With all of this in mind, there is no change expected in red snapper regulations in Texas state waters (out to nine nautical miles) where recreational anglers can retain four red snapper per day during a 365-day season.

No matter how you slice it, the 2018 and 2019 prospects for Texas red snapper anglers are much brighter than anything we have seen in recent years, if the EFP is as it has been announced is implemented. TPWD will be collecting additional harvest and effort data over the 2018 and 2019 seasons. This will allow them to better manage this important Texas marine resource in the future.

May is easily the most anticipated month of the year for me. Pleasant weather, light crowds (lighter than summer) and awesome fishing. This month really lights up with the overall fish availability in the bays. Abundant forage flows in from the Gulf, followed closely by gamefish that we see only seasonally. We can start relying upon tripletail, tarpon, ladyfish, schools of big jacks, bull reds, and lots of sharks. This is when “big fish” season starts for me in the bay.

I start looking for tripletail once the water reaches and maintains 76⁰ in the open bay. The fish begin to trickle in as early as mid-April, but long about mid-May is when they really begin to appear in targetable numbers. I always have a medium-heavy spinning rod rigged with a 24” trace of 40lb mono leader, terminating with a 4/O J-hook. This rig will be at the ready in case a tripletail or cobia cruise by the boat. A live shrimp or small croaker tempts most surface cruising fish. Often, we’ll see a tripletail floating on its side along a current seam while traveling in the bay or nearshore.

The tarpon follow bait migrations, traveling up the coast from Mexico in May. The exact date they will arrive is anybody’s guess. Once I begin hearing of tarpon sightings or landings near the Packery Channel down by Corpus Christi, I start looking for them near Port O’Connor. I’ve seen them sporadically in multiple areas of mid-coast bays, but the common denominator is always menhaden. The surf zone and out to about forty-foot depths are my main focus when the weather allows me to venture nearshore. Just like in the bays, I look for menhaden schools.

Skipjack, poor man’s tarpon or whatever name you prefer, I like them! We’ll have some bruisers show up early in the month, long and lean drag-burning 24-inchers. Schools of smaller ladies are often found in open water under flocks of small terns, the ones they call liar birds. I enjoy catching them no matter the size – lots of fun and they all make excellent bait. Most any kind of light lure or spoon about an inch long will catch them, and 1/8-ounce speck rigs are pure dynamite. I cut as many as we need for bait into “steaked” chunks one inch wide for reds on the flats and three inches wide for bull reds in deep water.

Both of these species school predictably this month taking advantage of forage pouring into the bay. I target them on each series of flood tides that occur near the full and new moons. Large schools can be found in and near Gulf passes and channels and wherever ribbonfish, menhaden and mullet are most abundant. The current often carries the bait farther into the bay via the deeper ship channels. The big reds and jacks can be found nearby working the current seams.

No matter what species you target this month, your catches should be plentiful. The food source is increasing and concentrating the gamefish. Get out on the water as soon as possible before the summer crowds arrive.