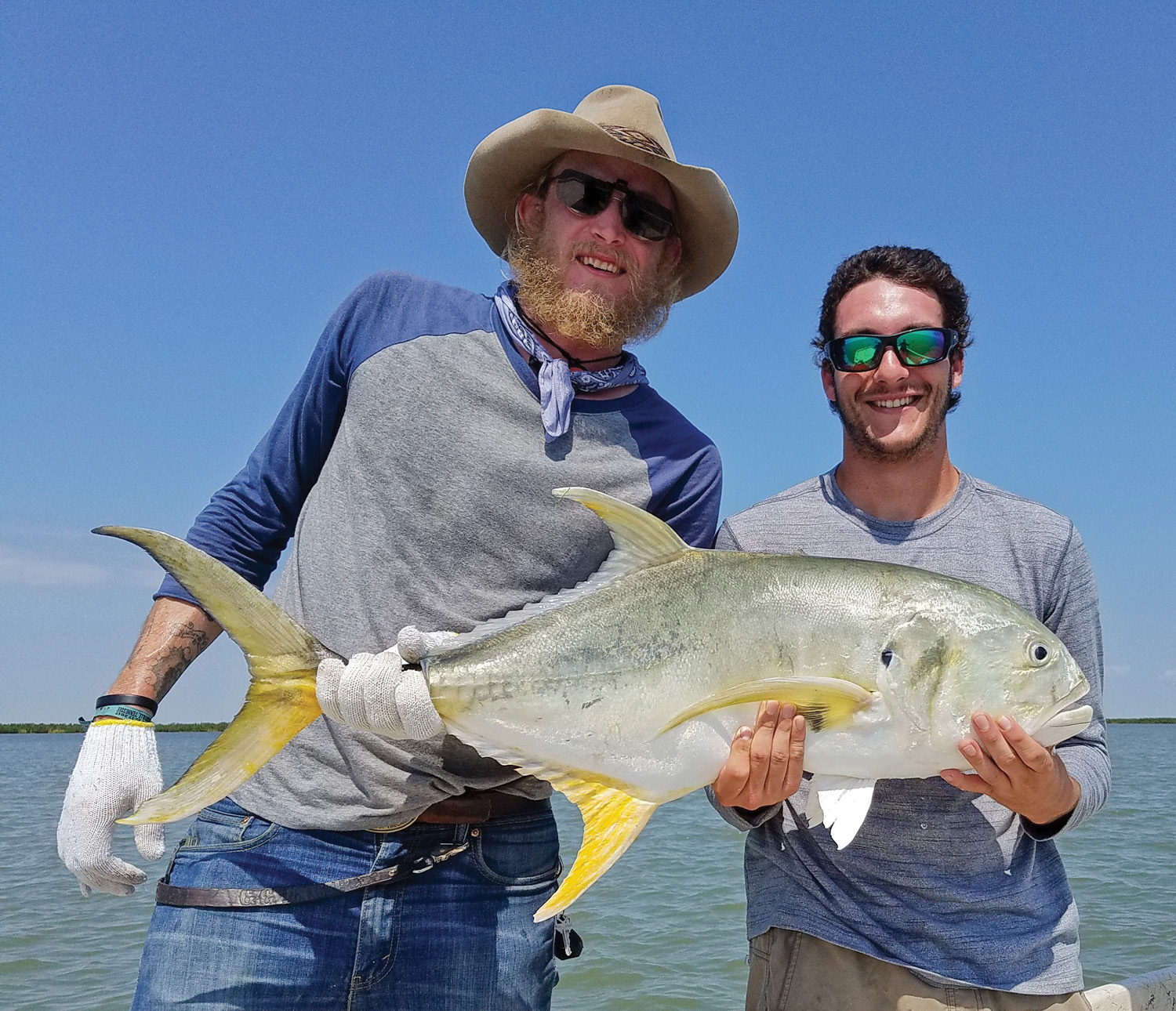 The warm weather fishing season is winding down as we ready ourselves for the colder weather that is coming. The recent cool winds coming from the northeast are great reminders to get busy before it actually arrives. Time to check waders, waterproof jackets and undergarment layering that together keep us comfortable for late-fall days on the water.

The last couple of months of each year offer banner fishing opportunities with decreased angler pressure. Many other activities garner our attention, like hunting seasons, school events, football and holidays. The fish have no knowledge of any of this but they sure notice the lack of boaters, and that’s a good thing!

This month tends to steer my boat in many different directions throughout each week as the weather changes, with multiple species and areas to catch them. Big bull reds are still near the jetties and passes in numbers that make catching easy and reliable. The last of the tarpon, cobia and sharks are migrating south in our nearshore waters. The sheepshead are pumping into the bays on each afternoon flood tide. The cooler water temps are making the trout and reds friskier than a 12-week old puppy. And we can’t forget the flounder, migrating through passes and channels in increasing abundance following each frontal passage.

The bull reds are still lingering near the line of demarcation at any gulf passage. Though they may not be as plentiful as we experienced during October’s new moon. Good numbers are still available during the first couple of weeks on ebbing tides. Cracked crab on the bottom on channel edges are still the best bait, day in and day out. I find more schools at the end of the gulf jetty rocks and on the outside sandbars of the gulf passes.

I monitor the weather for approaching frontal passages closely this time of the year. One reason is for safety on the water and the other is for an opportunity to fish the nearshore waters. Tarpon and shark have been known to linger in small groups heading slowly southward through November. The magic depth of 30- to 40-feet is a good area to look. My final tarpon jumped last season occurred on November 15, the DOA Swimming Mullet slipped from its mouth. I was fishing with Scott Alford on his beautifully crafted Winters custom boat “Migration.” We had seen several pods of fish that morning along with roaming schools of big jacks and sharks. I’ve seen tarpon migrating south as late as Pearl Harbor Day.

If the tarpon are not cooperating, we’ll make a mad dash to some of the state-water oil platforms or reefs in search of cobia. These fish will be working their way south, fairly close to shore, so long as water temps remain above 72-degrees. Nearshore structure also holds quality snapper, slot reds, drum and bluefish. The larger snapper come into shallower water during cooler weather while the reds and drum show from the bays. The bluefish, I don’t know where they normally hide but, I do know they like to eat shiny lead sinkers!

I like to carry a variety of baits to tempt any of the nearshore fish mentioned, but 4- to 5-inch pinfish and fresh dead shrimp are always solid choices. A single-drop rig with a 2- to 4-ounce bank sinker descends like a rock when fishing close to the structure. If the redfish are thick on the wells, the snapper often hold down-current 50-yards or so. I like to leave the reels in free spool to keep it near the bottom strike zone while drifting off.

Anyone who knows me or has read some of my previous articles are not surprised that I mention this species here. I simply love the sheepshead even though many dislike them. They are a worthy adversary; cunning, hardy, plentiful and excellent eating.

Typically targeted in deeper waters near jetty systems, docks and harbors. I like to target them on primary drop-offs of the outside shorelines of the bay systems. Find some shell on the drop or upper edge and they should be there or roving and cruising by every few minutes. There should also be some trout, reds or drum in the same area to sweeten the mix.

A Carolina rig with about 12-inches of 20-pound Big Game mono works very well. Use an egg weight heavy enough to barely reach bottom and a Mustad 9174NP-BN 2/O O’Shaughnessy Bait Hook. Hook a live shrimp through the center of the back in the third abdominal segment form the tail toward the head. Sheepshead most often nip a live shrimp first in this area.

I target trout and redfish this month near shell and mud. I look for shell reefs, passes and shorelines with lots of current from tide or wind. Find a drain out of a backcountry marsh area with a shell delta on an ebbing tide and hold on. Live shrimp suspended 24- to 30-inches below a float works well, as does the sheepshead rig described above.

For soft plastics, I’ve been catching good trout and flounder lately on a lure that is new to me; Cajun Lures – Mad Minna. The salt ’n pepper Mad Minna rigged on 1/8-ounce jig heads produced very well for me in September and October, under and around rafting finger mullet. Bouncing the lure on the bottom in light current was the ticket…should work the same over reefs and outside drains.

November is a great month for flounder and we catch them all over; from the jetties, to smaller passes, oyster reefs and marsh drains. For years, my go-to flounder lure has been the Berkley Gulp 3” minnow grub in chartreuse or pearl white. Rigged tandem on short shank 1/16 or 1/8-ounce jig heads really knock ‘em out. Slow-bounced on the bottom near bulkheads, sand flats and marsh drains is almost always a winner.

With the majority of finger mullet gone from the bays by late-November, we seek other readily available baits. Pinfish and live shrimp are popular and effective when free-lined over hard structure such as jetty rocks and oyster reefs. Attention to the bait’s drift is very important for the proper presentation without hanging up on structure.

In addition to exceptional fishing opportunity, November is also known for pleasant weather. What better way to celebrate the fall season than an exciting day of catching fish and listening to college football?