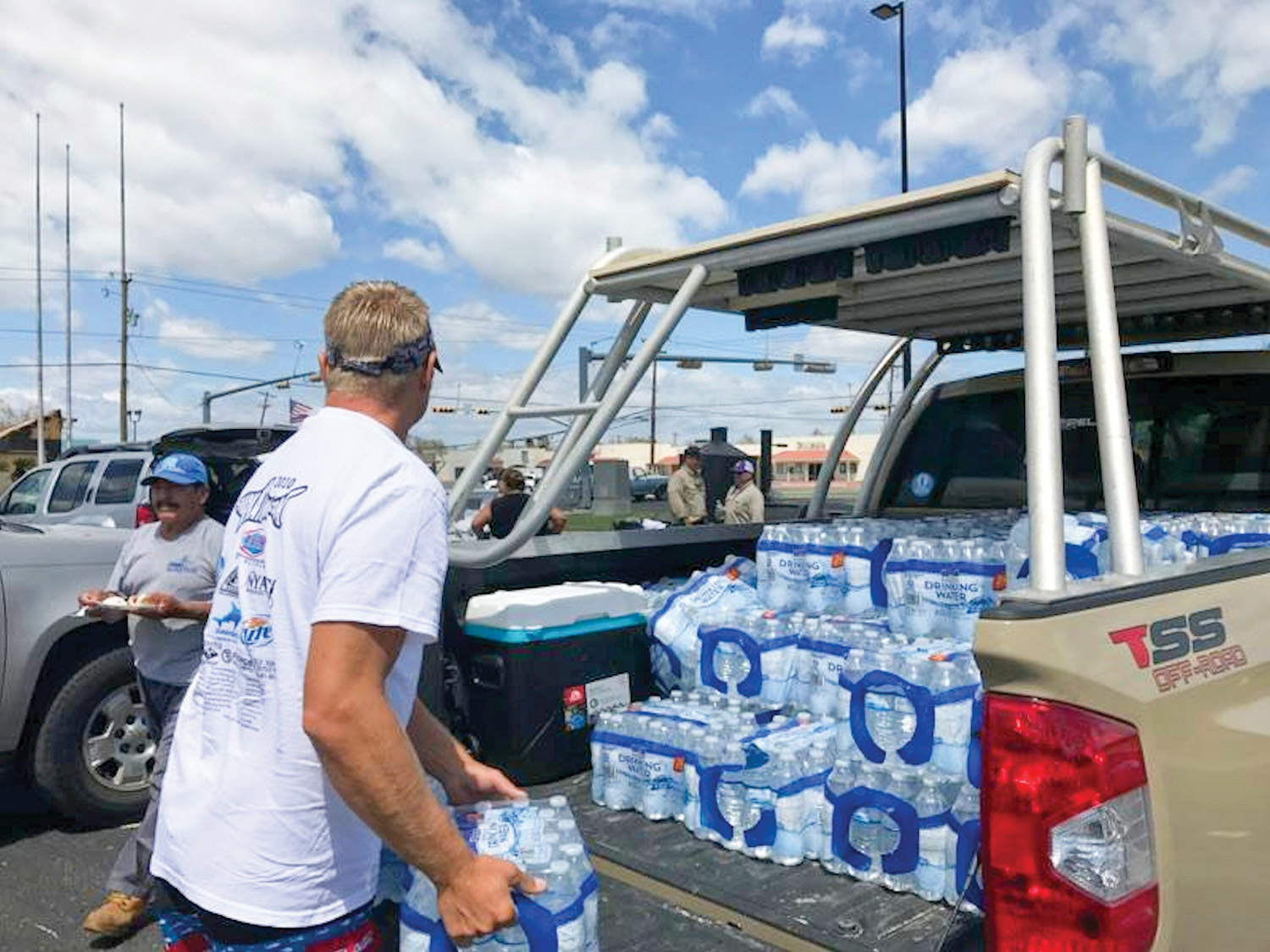 As I have preached for years, our region undergoes some of the most extreme changes in both weather and oceanic conditions seen anywhere, and this year has been no different. Sargassum seaweed plagued us just as the springtime winds began to blow relentlessly, delivering a tough two-punch combination for beach fishing. It took a lot of determination but we prevailed, in most instances, and managed some astonishing catches.

Then, right when the seaweed cleared and the winds finally began to calm along the coast, the annual Gulf shrimp season started up. Traditionally, shrimping activity off South Texas draws much of the summertime shark population offshore, away from beaches, with the daily free buffet of net cull. Blacktips and spinner sharks especially become scarce in the surf zone. Fortunately for beach anglers other monsters remained in the shallows. We enjoyed an above-average summer in terms of hammer and tiger shark activity. I succeeded in placing satellite tags on two tigers and releasing a hammer in the 12-foot class. The outlook for the second half of the year was bright with plenty of surf action. But a storm was brewing.

August 17, several hundred miles off the Lesser Antilles, Tropical Storm Harvey was born. While not a major threat at the time, it's disorganized activity was located well south of the area where powerful storms have been known to originate. Some of the early models predicted the storm might find its way into the Gulf of Mexico. With early inability to organize and grow in strength, Harvey didn’t seem much of a threat.

Harvey traveled westward into the Caribbean and then ran out of steam – nearly ceasing to exist. The low-pressure remnants continued west over the Yucatan as some of the models predicted it might. On August 23, Harvey officially became a tropical storm, again. Then in just over 24 hours, it blossomed into a slow-moving hurricane in the Gulf of Mexico. The forecast track had the storm hitting Texas at Corpus Christi, less than two days out.

The southern Gulf is known to produce rapid intensification in tropical systems, and with conditions favorable for development, the storm grew quickly. Each official update indicated greater certainty that Harvey was headed for the Coastal Bend, reaching Cat 3 strength or greater at landfall. Enough to convince me to board up the house and get the heck out of Dodge.

We left Corpus and headed to San Antonio on the morning of the 25th, detouring to the beach on the way out to observe tropical storm wind pushing the tide up. Many of my friends stayed, as did much of Corpus Christi’s population, underestimating the danger of their decisions. Harvey made landfall just north of Port Aransas as a Category 4 storm. It was reported that Port Aransas took wind gusts exceeding 130-mph but the full extent of the devastation was yet to be understood.

Early on the 26th, Alexis and I returned to Corpus to assess damage to our home. Fortunately, we had very minimal damage. One home on our street burned down and another lost its roof. My greatest fear had been storm surge, which luckily never reached us. Power was restored later that evening. What a blessing!

Alexis and I volunteered the next several days, delivering more than 5000 bottles of drinking water, groceries, lights and gasoline to the storm victims of Aransas Pass and Rockport. Seeing the destruction of infrastructure, homes, and businesses in these communities was very unsettling. The effect on human lives was even more profound.

But coastal towns and coastal people are a resilient lot and, Texans in general are rugged, resourceful and compassionate. We witnessed literally scores of vehicles arriving, countless individuals from all over the state coming to the aid of these small towns with donations of food and recovery supplies. Hundreds from across Texas began pouring in, volunteering their labor to assist with the cleanup.

Residents were in relatively good spirits despite some having lost their homes and majority of their possessions. Most had already begun focusing on recovery and rebuilding. Some stoically commented that Harvey was an inevitability, having been nearly half a century since Hurricane Celia hit Corpus Christi back in 1970.

Harvey made landfall and traveled a short distance inland, then tracked southeasterly back to the Gulf, and stubbornly followed the coastline toward Houston. All the while dumping enormous amounts of rain. Rainfall amounts exceeding 40-inches were common and some areas received more than 50-inches in a two-to three-day period. Flood levels within parts of Greater Houston and continuing east to Beaumont and Orange surpassed everything on record.

So, now that the storm has passed and recovery efforts are several weeks underway, anglers everywhere are anxious to learn what effect Harvey will have on fishing.

Fresh water is flowing to the Gulf in astounding volume and debris has been washing up on beaches. Back on Padre Island fewer than 48 hours after initial landfall, I drove the beach to observe the initial post-storm conditions. Still a tropical storm, Harvey’s winds were wrapping around and hitting Corpus Christi from the west. This was essentially blowing the surf flat despite 30-mph winds. On a quick drive between Bob Hall Pier and the boundary of the National Seashore, I began to see activity.

Something caught my eye in the flat surf – a fin.A shark was roaming the shallows. Large horse mullet were running thick right on the beach. I continued south and spotted another shark, then another.Predators were pushing this mass train of mullet right up on the beach – something you would never have imagined so soon after a Category 4 hurricane. I instantly turned the truck around and went to the house to grab a couple rods. I fished for roughly an hour. While not landing a shark, all of which appeared blacktips and bulls, I did get spooled on a shark bait casted from shore. Wild!

The next weekend I conducted a three-day charter, and followed it up with an additional day of personal fishing. The action was more typical of October than early-September. Anchovies were schooled in numerous baitballs up and down the National Seashore, along with a near continuous parade of mullet. The water was teeming with life. Sharks, redfish, bluefish, trout, and jack crevalle were frenzy-feeding in incredible numbers.

The adventurous kids of my weekend-long charter had the time of their lives. If it wasn’t brute jacks wearing out their arms, it were the insane amount of giant skipjack attacking every lure you could throw at them. Blacktip sharks were so thick they were fighting over kayak-deployed baits. This was by far some of the best September fishing I have ever participated in.

Just as the people of the crumbled towns north of Corpus were coming together and rebounding from Harvey’s horrible blow, the fish too exhibited great resilience in the wake of extreme natural forces.