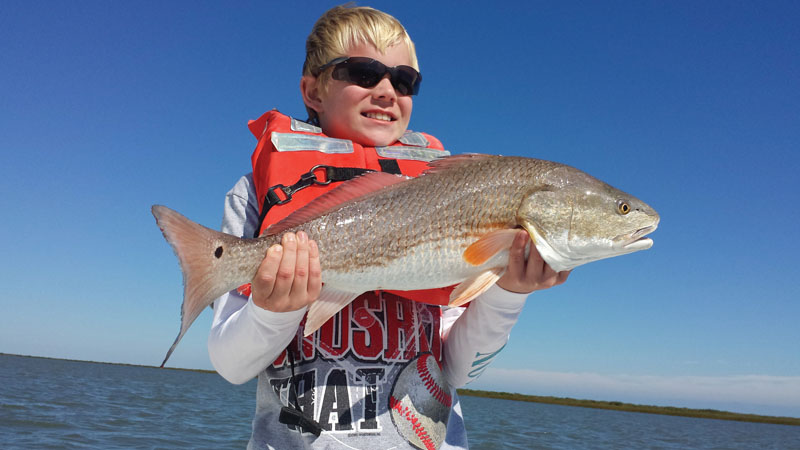 While September sets the stage for cooler weather patterns it is October that brings them home. This transition reminds me much of what we experience during the month of March, but in reverse order. This is a good comparison of how our bay systems will prepare for and react to the changing conditions ahead.

Early in the month water temps hang around 70 and fluctuate often due to frequent weather changes. As the water continues to cool the effects directly dictate the areas fish frequent. By month's end our fishing patterns become more consistent and definitely more predictable.

The National Oceanic and Atmospheric Administration (NOAA) has announced a 90% probability of El Nino conditions increasing and continuing through winter. What this means to us is greater than normal precipitation and below average temperatures. The current conditions on the coast over the past few weeks have supported this weather synopsis.

With consideration of the news from NOAA, now would be a good time to get ready for a cold and wet winter. A thorough inspection of your waders, footwear, wicking layers and waterproof jackets is a good idea. I've been known to misplace an item or two during the off-season and more than once realized I had a new leak. Might as well get your replacements now before your favorite retailer is in short supply.

There is no way I can discuss fishing in October without mentioning redfish. Actually catching them currently is so good, this month's moniker has become cliche.

A variety of techniques, baits and gear can be used to catch the reds. Finding them is not very difficult with most mature reds relocating recently toward the Gulf. Ship channel jetties, natural and man-made passes, the surf and nearshore structure are all good areas to target. Once found, the schooling nature of the fish makes them susceptible to successful harvest.

I typically fish ship channel jetties by anchoring where the rock piles end and the sand bottom slopes toward the center of the channel. I use my depth sounder to help find these sweet spots, my unit has a monochrome display, so the wide bands of gray indicate a hard sonar return like rock. A softer return, signifying sand, is shown as a much thinner dark band. When an area is located take a note of the depth you plan to anchor.

I've found that a scope (anchor line) of 3 to 1 works in most situations, so in 40 foot depths measure out 120 feet. Tie the length of rope off to your bow cleat before dropping anchor. Once the anchor catches I allow the engine to continue idling, for safety's sake. Typically if the anchor set malfunctions it is immediately after the bow settles into the current and the tether is put in a bind. This immediate strain can cause an anchor to slip, a rope to sever or a boat's position to sheer. By aligning the boat parallel to a nearby object I can ensure the anchor is holding firm.

Once set, the engine is turned off and position fine tuning takes place. Often we have to deal with the conflicting forces of the wind, waves and current. Several quick equipment maneuvers can help us dial-in over the target. For lateral adjustment, the engine skeg can be trimmed up out of the water or turned varying degrees to port or starboard. To increase scope, play off more rope or take it in to decrease. For additional lateral movement or to stabilize a swinging stern, buckets can be tied off on cleats to increase drag.

Due to the fact that larger oversized reds are more plentiful this time of the year I like to use 30lb monofilament on the reel spool and 60lb for leaders. Single drop leaders or 12" Carolina rigs both work well in this style of fishing. The rig is dropped straight down instead of cast. On the business end I use a Mustad 39941 6/O circle hook and an appropriate sinker of 2- to 6 ounces weighting the rig.

Fresh dead or fresh-frozen baits like menhaden, Spanish sardines, mullet, cracked crab and large white shrimp are good choices. With finfish I insert the hook into the bottom jaw and exit between the eyes in the center of the skull. Both menhaden and sardines have an oval-shaped hard plate in their head. Shrimp are hooked through the tail, fish cut in half, the back half cut into pieces and tossed overboard for chum.

With the cooling water temperatures, migratory species will be moving on. Many go further offshore or follow the food source south, but don't give up. In recent years many species lingered during milder fall weather. We did well through Halloween on kingfish, big Spanish mackerel and cobia.

The available space quickly fills around the state-water oil platforms, wrecks and reefs. Silver trout, aka "gulf trout" show about the time the others leave. These fish are commonly 1-2 pounds and eat quite well when fresh, though not as desirable once frozen and thawed. These trout are commonly reeled up incidentally while catching other species. To target them specifically, smaller baits like shrimp or a squid cut into 1" chunks do well.

In October, bottom structure in 70-foot depths or less can hold a good quantity of fish. Upper slot and oversized redfish are common catches alongside black drum, large sheepshead, bluefish and red snapper. In fact the snapper tend to run larger than in previous months. Most fish will be down current and directly on the bottom near structure. Larger fish often stage up-current from structure.

The same tackle used for jetty bottom fishing can work for nearshore duty. A heavier drag setting, gloved hand and sheer determination may be needed to keep cutoffs to a minimum. For quantity and variety use cut up Spanish sardines, mullet or squid. Live pinfish are especially good if larger snapper are nearby.

Deepwater is where it's at this month for quantities of upper slot and oversized redfish. If you fish for them this month please keep a few things in mind:

- Use adequate tackle and circle hooks.

- The coarse meat of spawning-size fish is not very palatable.

Thank you for taking care of the oversized redfish, this is where the little ones come from!