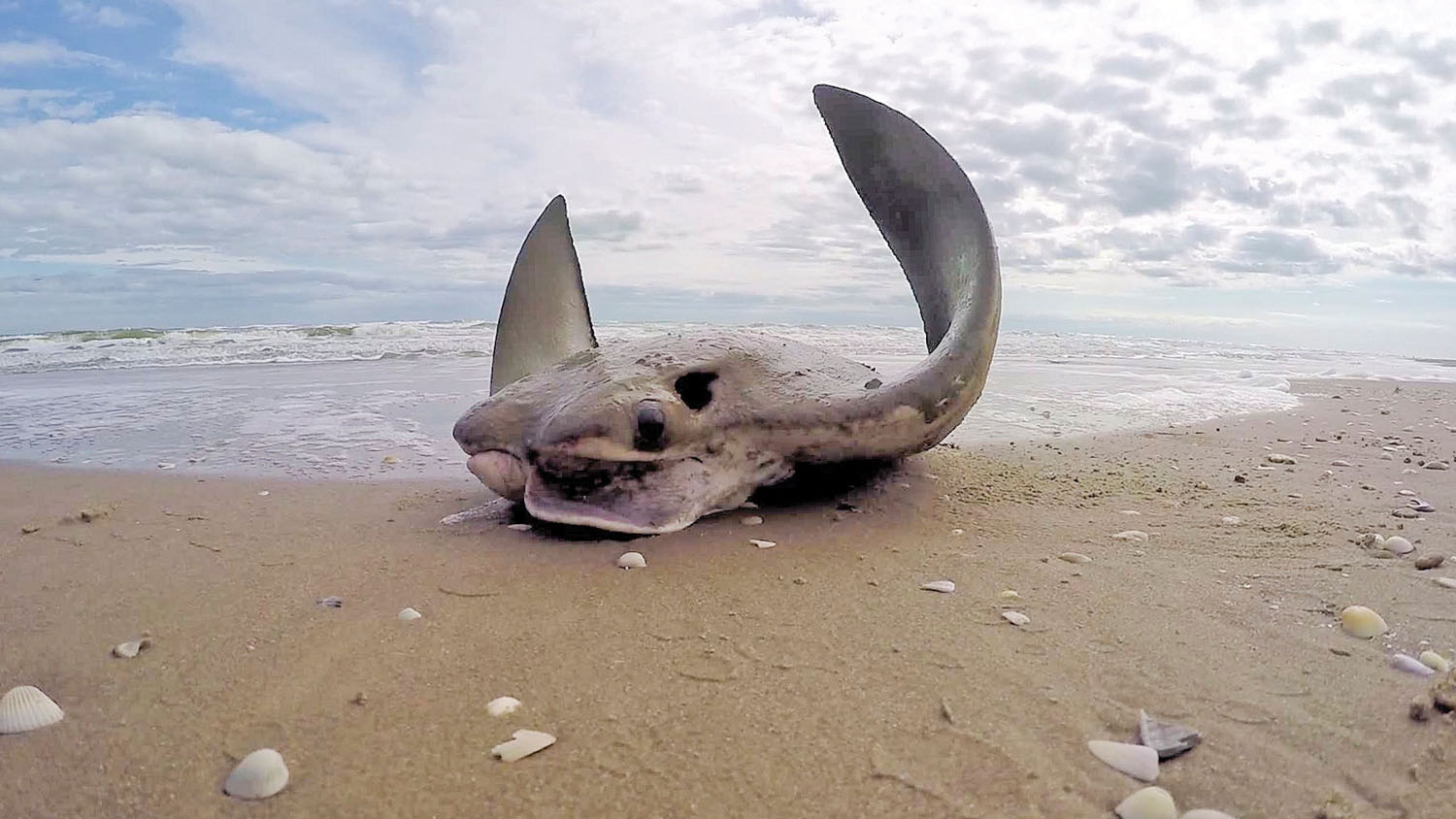 During the peak of their incredible presence in the PINS surf this year, dozens of freshly beached cownose rays could be picked up for shark bait.

Avid Texas fishermen eventually come to realize and understand the constantly changing dynamics within marine ecosystems. The only true constant seems to be never-ending change. Normally fluctuating seasonal patterns alone change our gulf and all the habitats associated with it. Winter lingers longer and colder some years while others may be shorter and warmer. The list of variables may be lengthier than a child's list to Santa. Nonetheless, marine life continues to surprise us with activity seen only perhaps by previous generations. You simply cannot rely on historic patterns.

Many factors combine to shape the foundation of our fishery at any given time. Torrential rain can drop salinity levels sharply while droughts bring increased salinity. Frigid winter and blazing heat can alter oxygen levels while horrific red tide blooms can kill or scatter fish until the surf zone is nearly barren of life. As anglers we adapt to change along our coast good and bad.

Combinations of natural variables can produce bounty and scarcity alike and 2015 was a great example. We had surf zone red tide that affected nearly the entire coast at one point or another. In some locations it lingered for more than two months and during the worst of it one could hardly see a live fish or crustacean. Some locations experienced shrimp migrations beyond all expectation that lasted almost four weeks. The typical runs usually last just over a week. No doubt the bountiful rainfall and warmer than average temperatures contributed to this. In passes where these shrimp were found, large schools of trophy trout, flounder, and redfish appeared and were caught.

Fortunately, in late November, the red tide finally loosened its dreadful grip and life began to return to the surf, though we were stuck in an awkward weather pattern with December unusually warm. One of the most unique events this fall was the migration of incredible numbers of cownose rays that caught anglers and other beach users by total surprise for several weeks. Cownose rays are usually seen in the surf zone during March and April. This rare occurrence was a boon to shark anglers who gathered all they could for bait; sharks love them. Like the shrimp, another species migration that is usually short lived, cownose abundance was widespread across nearly 50 miles of south Texas beach and they hung around the Big Shell for nearly a month feeding on juvenile coquina clams that were also uncommonly abundant. There is speculation that the red tide decimated the adult coquina population, and as Mother Nature usually does, she responded with a bumper crop of young of that species.

The presence of the cownose did not go unnoticed by the larger predators that were hungry as well. Historically, most sharks move away from the surf by the beginning of December. The exception here is that December traditionally marks the appearance of sandbar sharks. However, with the marine food chain replenishing itself vigorously and food abundant in the form of cownose rays sucking down tons of tiny coquinas, large and fierce blacktip sharks stayed longer and larger bull sharks were present in some of the greatest numbers seen throughout the entire year.

The weather evidently also had influence on other predatory surf species. We enjoyed a great jack crevalle run. I look forward to this every year as jackfish offer great angling sport and they are one of my favorite big shark baits. Pound for pound there may not be a harder fighting fish to land from the beach. While the jackfish run tends to peak around mid-November, they were seen feeding in mass numbers as late as Christmas. Around this same time, the water temperatures coming out of the Port Mansfield Channel were running 72-74 - simply unheard of in mid-to-late December. Also around this time, using cownose for bait, I had a steel cable leader bitten through. Rare at any time, especially rare in winter. While the likely candidate was a toad of a bull shark, you cannot rule out the possibility of a late-season tiger. With so much life active in the surf at that time, it seemed like anything could have been be possible. And while surf conditions were never quite favorable for me to target makos from the beach, I am fairly confident there was a window of several days when they were possibly within reach.

With winter not yet over, we may still encounter more anomalies before spring. We were finally starting to see drops in water temps at the start of the New Year and typically this pushes most of the predatory species offshore. Our downfall the past couple of months has essentially been poor water clarity, so targeting pompano was tough when they should be easy to come by. February is regarded as the slowest month of the year in the surf, but as seen over the past year, there may be more welcome surprises ahead. The biggest and most vexing question looming at present is whether we will enjoy another sargassum-free year or will we be inundated as in 2014?

My present plan is to continue hitting the winter sandbar sharks. They sometimes stay with us in good numbers until March. And if we ever get some emerald green water along the coast this winter, I may try to target winter trout which has been more myth than reality the past few years. If there are any surprises yet to be had, that would perhaps be more welcome than any!