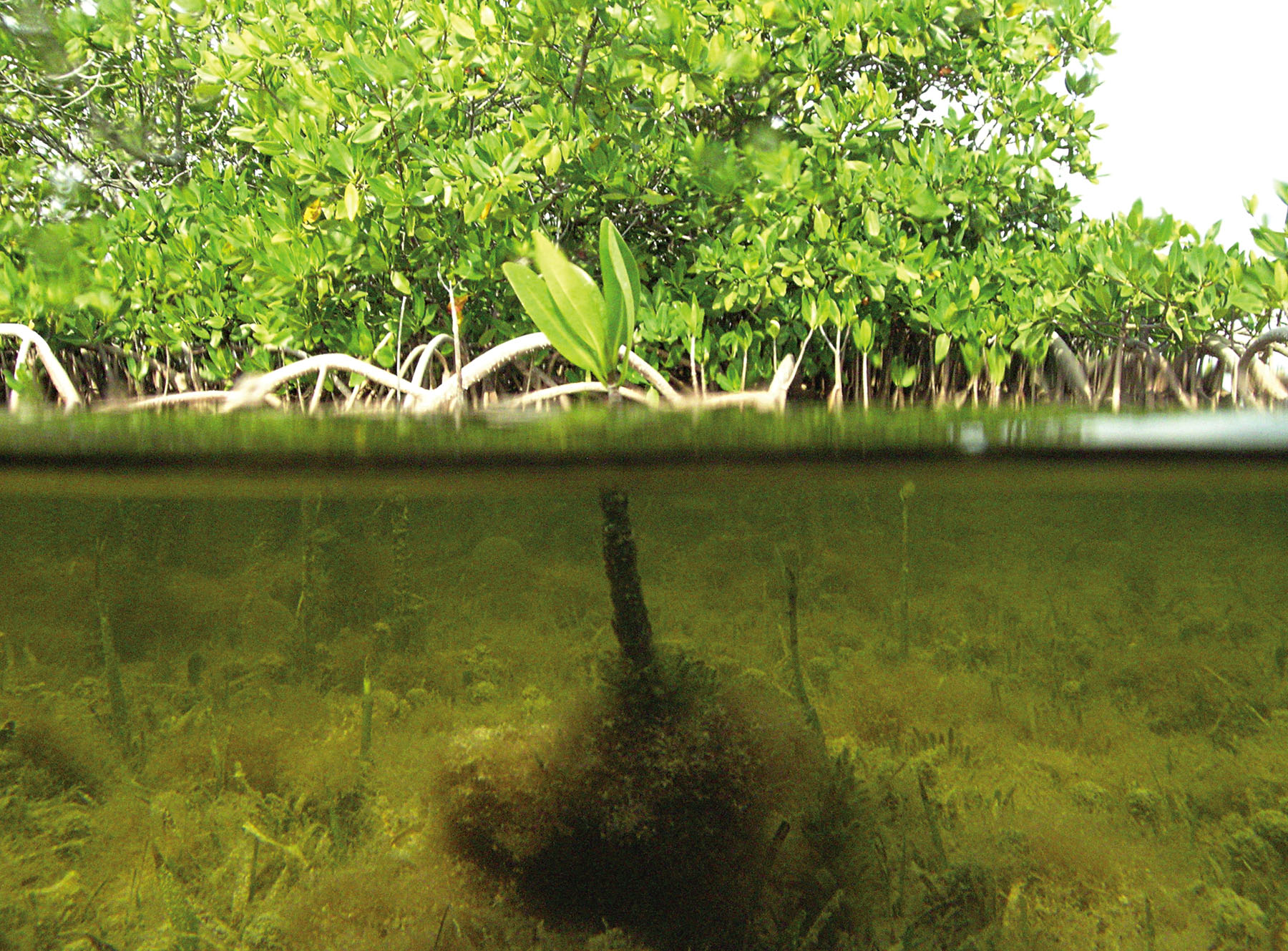 For whatever reason, I have a ridiculous fondness for mangroves. Why you ask? I guess because a good majority of the most exciting moments in my fishing life have all happened within the sight and smell, yes I said smell, of a mangrove swamp.

There are a variety of species that are called mangroves found around the world between the 30 degrees north latitude and 30 degrees south latitude; some 70 different species from two dozen different families. And, even though the encyclopedia tells me that and having been in locations reputed to have other species, I can honestly say that I am only familiar with three: red mangrove (Rhizophora mangle), black mangrove (Avicennia germinans) and the buttonwood (Conocarpus erectus).
Of the three species that I know, all can be found in the Florida Everglades and in the Ten Thousand Islands area where I travel several times annually to pursue the fish I love so much- the tarpon and snook.

I can still remember the first big snook that I ever hooked. It was my first trip ever to the Everglades and I was fishing with my friend Gary Rinn. As we used the trolling motor to navigate down a leeward shore in Tarpon Bay, he explained to me how the snook liked to hang out underneath the downed mangroves along the shore, especially the buttonwoods, waiting to ambush their prey. Now I do not have the first clue as to whether or not a snook can tell the difference between a red, black or buttonwood mangrove but, the first snook (out of a whole bunch over the years) that kicked my butt, came out from beneath a downed buttonwood. The fish nailed a wooden Snooker plug that I was chunking and proceeded to show me that she was the boss. To this day, I always fish a little harder around buttonwood trees.

Then, of course, there was my first truly sizable tarpon that I landed on my fly rod. My buddy Wright Taylor said he thought the fish would go about 85 or 90 pounds while I would like to think that it was right at 100. More than likely it was 70. We never put a tape to it so we will never really know and, to tell the truth, I really do not care. All that matters to me is that it was laying up underneath overhanging limbs and prop roots of one of ten thousand red mangrove trees.

When Taylor spotted the fish it was only about 50 feet from the boat and laid up in about two and half feet of water in amongst the prop roots. I would honestly like to say that I "expertly" dropped the fly in front of the fish but, it just did not happen that way. Actually it kind of did. You see, after about ten casts, several too far left and a couple too far right and some that just were not far enough, I did put the fly right in there perfect, just like on television. I let it sink to about six inches above the fish's head and began my retrieve and with a powerful swoop of the tarpons tail, it began to track the fly. Seconds later a black hole appeared beneath my fly and it disappeared. The fight was on and the rest is history.

And, while I find great joy down in the Glades chasing tarpon and snook, nothing could be more pleasing to me than what I have seen happening in our Texas bays in recent years. You see, over the past twenty years, the population of black mangroves has boomed along the barrier islands of the Gulf Coast.

As a child and during my years as a juvenile delinquent, I mean adolescent, I can honestly say I do not remember seeing that many mangroves in Texas. In fact, I was so curious about this recently, I went back and looked through all my old photo albums from the 80s to see if I could find any mangroves in any of the duck hunting or fishing photos that I cherish so. I found a few, but they were usually in photos that were taken down close to Port O'Connor near Pass Cavallo or further south in the Laguna Madre. The point being, there just were not that many mangroves back then.

The reason for this is most certainly, the freezes of '83 and '89 really beat back the few that were thriving here in Texas. In fact I remember the first time I realized that we even had mangroves in Texas. We were fishing a small cut along the shoreline of Matagorda Island when I looked over at the bank and saw two small, dark leaved shrubs that were barely knee-high. I did not know what they were so I got back home and dug into one of my coastal ecology books and found out what exactly I was looking at. Those shrubs are slowly becoming very tree-like and stand at least seven foot tall and have helped establish a very healthy population of mangroves in the area. From that day of discovery back in the late 80s, I have called, and forever will call that location the Mangrove Cut.

Needless to say, the black mangroves of Texas narrowly survived the frigid winter that is now, thank The Lord, finally over. Just this past week I noticed numerous mangrove, most of which were on the mainland side of the bay, had succumbed to the cold. Hopefully, this will be our only cold winter for many more years to come.

Now to clarify something I mentioned early. Whether it is smell of the rotting leaves deep in vast stands of red mangroves in the Glades or the blooming of the little white flowers on the black mangroves here at home which, incidentally makes the best honey that I have ever tasted, the smell of mangroves most certainly excites me because- where there are mangroves, great things happen.