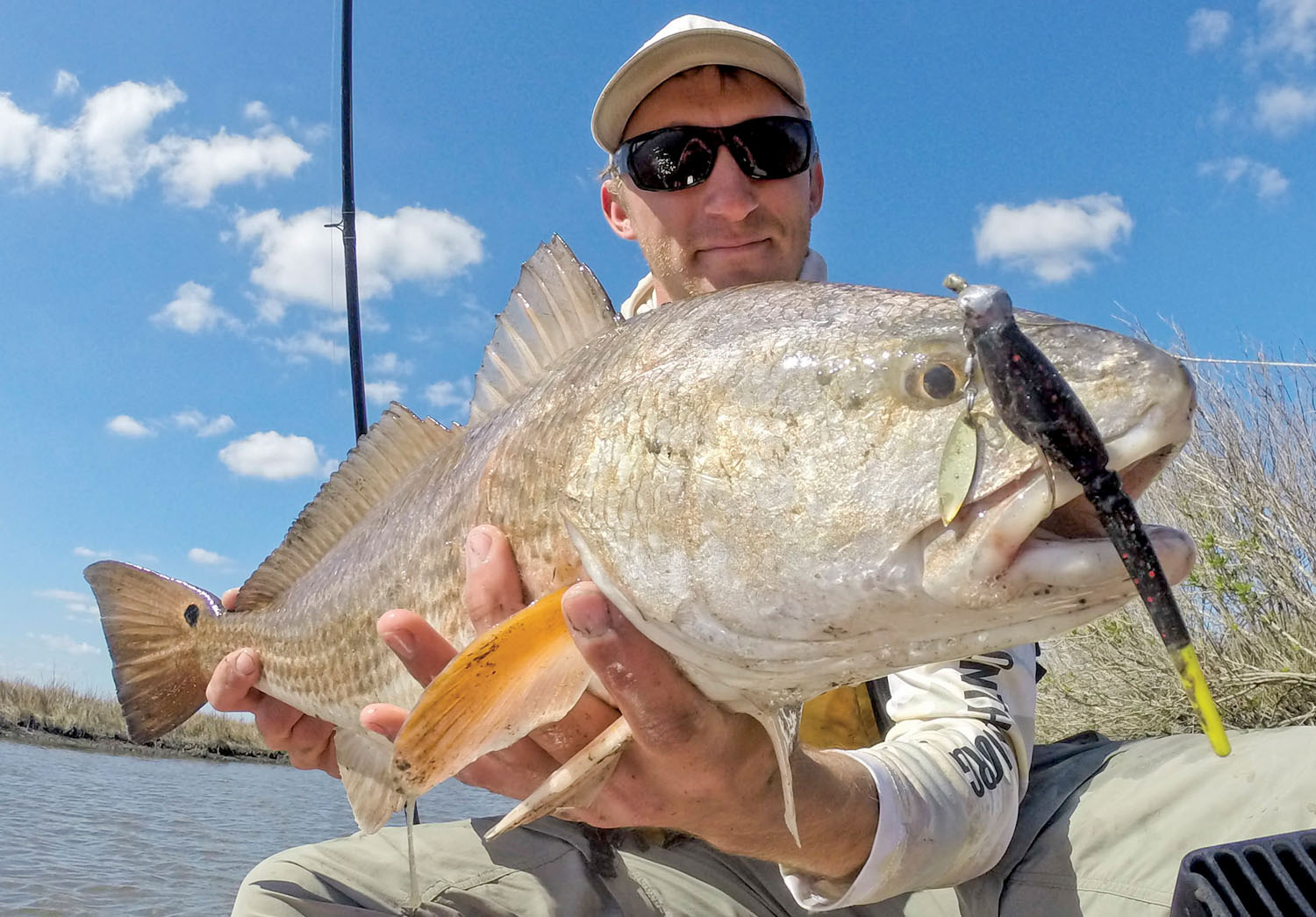 I hit the water this morning planning to search for shallow water redfish and was greeted at the launch with a cool north wind in my face. It was a familiar feeling that I have been missing for several months and it was nice to finally be reunited with it. It was also a great reminder of things to come in the near future; cold weather, trophy trout, redfish stacked in deep holes and, of course, the yearly migration of waterfowl. Though the wind felt great it is a bittersweet feeling because it signals the time for kayakers to share the marsh with other outdoorsmen searching for limits of ducks. It is inevitable this time of the year but, no worries; there are plenty of other options for kayak anglers.

When the marsh flats that we typically fish are scattered with duck decoys and mud boats, I have found it is best to just stay out of their way. Duck hunters take their sport very seriously, and rightfully so. Waterfowl hunting has become an expensive pastime that requires a lot of work and they only get a limited window in which to harvest their ducks. The last thing they want is for someone to come into range of their spread and start flaring the birds. That would be equivalent to us stalking a school of tailing reds and having a mud boat burning through the marsh and spooking them. It can be very frustrating when scenarios such as this occur, especially when they can easily be avoided.

I am a firm believer that when several duck boats start roaring through a marsh the redfish will quickly move out. Like anything else, they don't like the commotion and will leave to the main lakes and deeper channels. Though some might disagree, this situation can actually be turned around to become a fun day in a kayaker's world. At this time of the year the reds are usually feeding voraciously and not apt to miss a meal, no matter where they end up. My strategy then is stay off the back-lake flats and target bayous and main lake reefs and drains.

Bayous at this time of year can be very productive areas to fish. Add a strong north wind that has been blowing for a few days and that will just make it better. The wind will blow the majority of water off the flats, which will force the redfish to move into the channels. It also forces the remaining bait species to exit the flats, in turn making them easy targets for hungry reds. Whenever possible, I try to target what I call funnel points areas where the bayou necks down and forces the bait to gather more closely together. Feeding in these zones becomes almost effortless for the reds and we sometimes find a stack of them lying in ambush amid all that bait.

The greatest thing about this season is that redfish will eat just about anything they can catch and typically do not dine alone. An angler can expect to pull multiple reds out of a particular hole or drain that is carrying baitfish out to the main lakes or bays. My favorite lure to throw at them is a Norton Sand Eel on a 1/4 ounce jighead or a Chickenboy rigged the same way. Throw your lure into the mouth of the drain or cut and slowly drag it out into the channel and be sure to hang on.

Targeting these areas in bayous can also be very productive for catching your personal beast flounder. Throwing a Chickenboy lure is a great way to appeal to hungry reds and to also get the attention of a big flattie. Some of the bigger flounder I have caught and seen caught have come out of the same funnel point or drain that I was pulling redfish out of. They too seem to be fattening up for winter and also for their yearly spawning migration to the Gulf, so missing a meal is not an option.

Another area to target is the reefs and scattered shell patches in the main lakes near where bayous dump into a main waterway. The trout and redfish will be stacked up here waiting for big groups of shrimp and other bait making their exit to the Gulf. Often times their locations will be given away by gulls trying to snap up shrimp driven to surface by hungry gamefish feeding below. This always makes for a fun day of fishing and can be quite a workout while having to paddle to keep up with the school as they follow the food source.

The topwater bite is without a doubt the most exciting way to catch schooling fish but it can also prove to be the least efficient. When you have two treble hooks buried in a fish it is often quite time consuming to remove all the barbs. Treble hooks also have a nasty tendency of becoming tangled in a net, and there is also the possibility of having a trout thrashing trout in the kayak sticking a hook or two in your leg or hand. For these reasons I try to stay with soft plastics and spoons. Plus, a Johnson gold or silver spoon will never wear out. You do not have to worry about replacing the lure, as with plastics, when the bite is on.

You can certainly catch plenty of fish this time of year. It may not cater to our favorite styles of fishing but it is a great transition period preparing us for winter. This will be one of the last times to find schools of trout and reds under birds and it is undoubtedly the best time for catching flounder. Early-winter is about to settle upon our coast and the duck hunters will be out in full force. Let them have the marshes and enjoy the relative absence of anglers that crowd the water in warmer months.