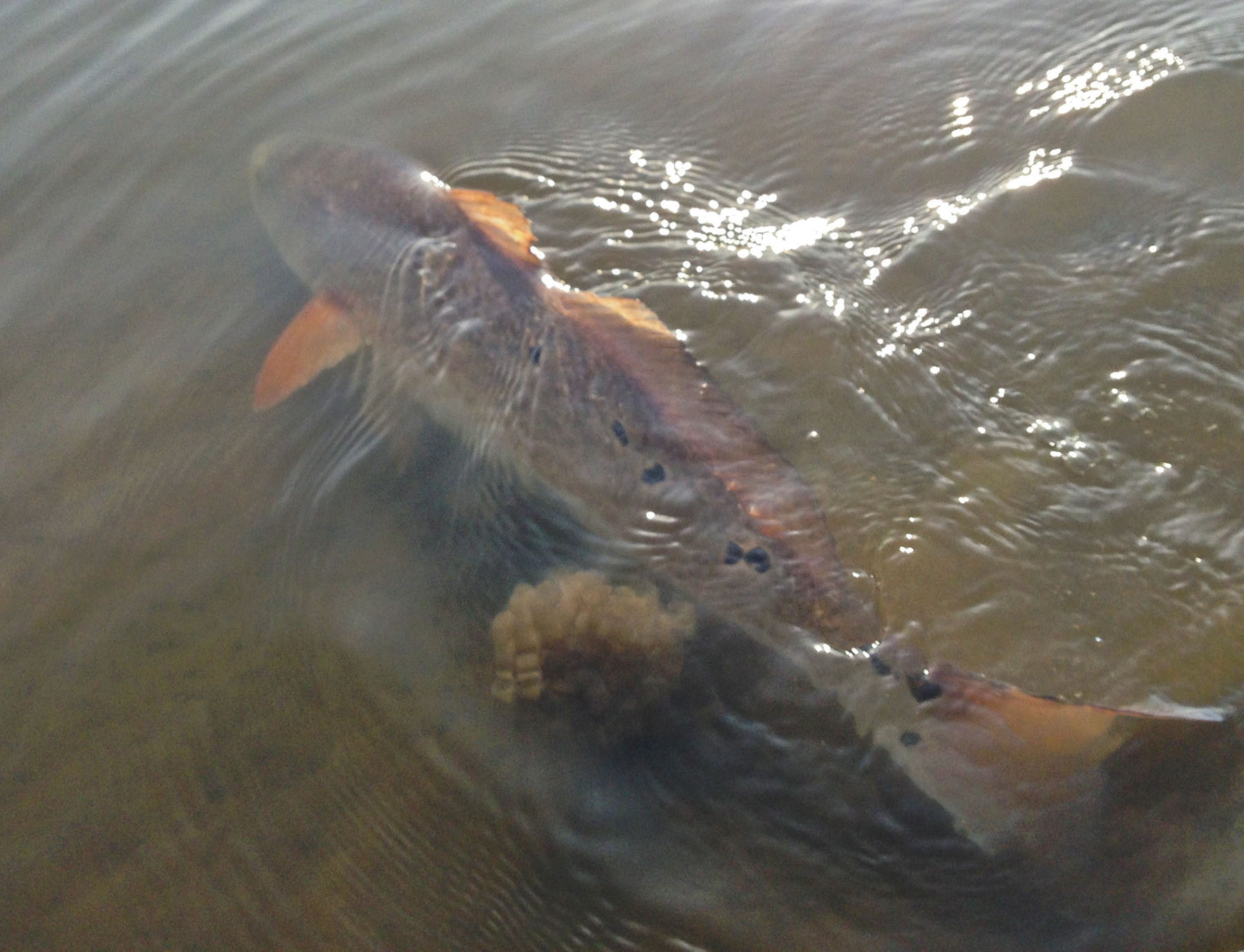 Is it Christmas yet? OK that's an exaggeration but, good grief this year is just flying by. Here we are about to turn the calendar to March.

March is a good month. March is the month of my birthday. It is also traditionally the month of the Houston Fishing Show, although the way the calendar works out this year the show actually begins on February 25 this year and runs until March 1. If you have never attended this little fishing extravaganza in the George R. Brown Convention Center I heartily recommend you make plans to check it out this year. If you have attended in the past I am sure you already have it marked on your calendar.

Throughout the fishing world March is commonly tabbed a "transition month" and aptly so. It's certainly not winter anymore, even though Old Man Winter will make a few more jabs at us, but it's sure as heck not summer either. Tides rise and we see more signs of life in the marsh, but nothing like we'll see in April and May. Last year around this time I did a write-up on spring cleaning, general preparation and updating of my kayak and gear. That routine will be repeated again this year and I encourage all serious paddle-anglers to do the same. It is amazing the state your gear can get into even when you fish frequently throughout the year.

Of course one of the most enjoyable parts of kayak fishing is the closeness you feel to your surroundings, right? While paddling along, when you move slowly enough to let everything sink in, you really can gain the feeling that you are a part of the wildlife. I always say that even if I have skunk day fishing, which is certainly not the norm, just being a part of the natural world for a few hours is reward enough. When you creep your way into prime fishing opportunity you are truly blessed.

With that being said, on a recent outing I was met with little to no wind (something that probably will not happen in March) and this made for a day of very peaceful and stealthy paddling. It was one of those mornings that you just know aggressive fish will be around every corner. So there I was, slowly paddling along, my eyes prying the water ahead and around me for fish activity. Anticipation ran sky high.

Minutes went by, then a half hour. No action yet. No worries though, it's still early, I assured myself. One hour in; nothing. Two hours; nada. OK, now it's starting to get interesting, the fact there is no sign of life present. I'm accepting the challenge wholeheartedly with each careful paddle stroke.

I continued on, paddling and paddling as quietly as possible, my rod in easy reach, searching every corner of that marsh shoreline. Nothing still. Finally, with a slight breeze coming up, I decided to try a drift across the open water of one of the larger lakes in the area. Halfway across, I spotted a red cruising along the edge of a submerged grass bed, perfect cast placement was met with an instant strike. Heaven knows how proud I was. The feeling of accomplishment was enormous as I worked him to the boat but for whatever reason it was a feat fate would not allow me to repeat.

This was perhaps one of the most pleasant days I have ever experienced. I managed to find and land only one fish, they just weren't plentiful, but I was OK with that. Work pressures have been growing enormously lately and the "fix" I received was exactly why I had decided to go fishing in the first place.

Just this afternoon, stuck in Houston traffic on my way to an appointment, my mind drifted as I stared at taillights ahead for miles, wishing I was on the water. I will survive, the weekend is coming. When the clock strikes 5:00 on Friday, I will be headed home. Everything is laid out neatly and packing the truck will take only minutes. I need another fix!