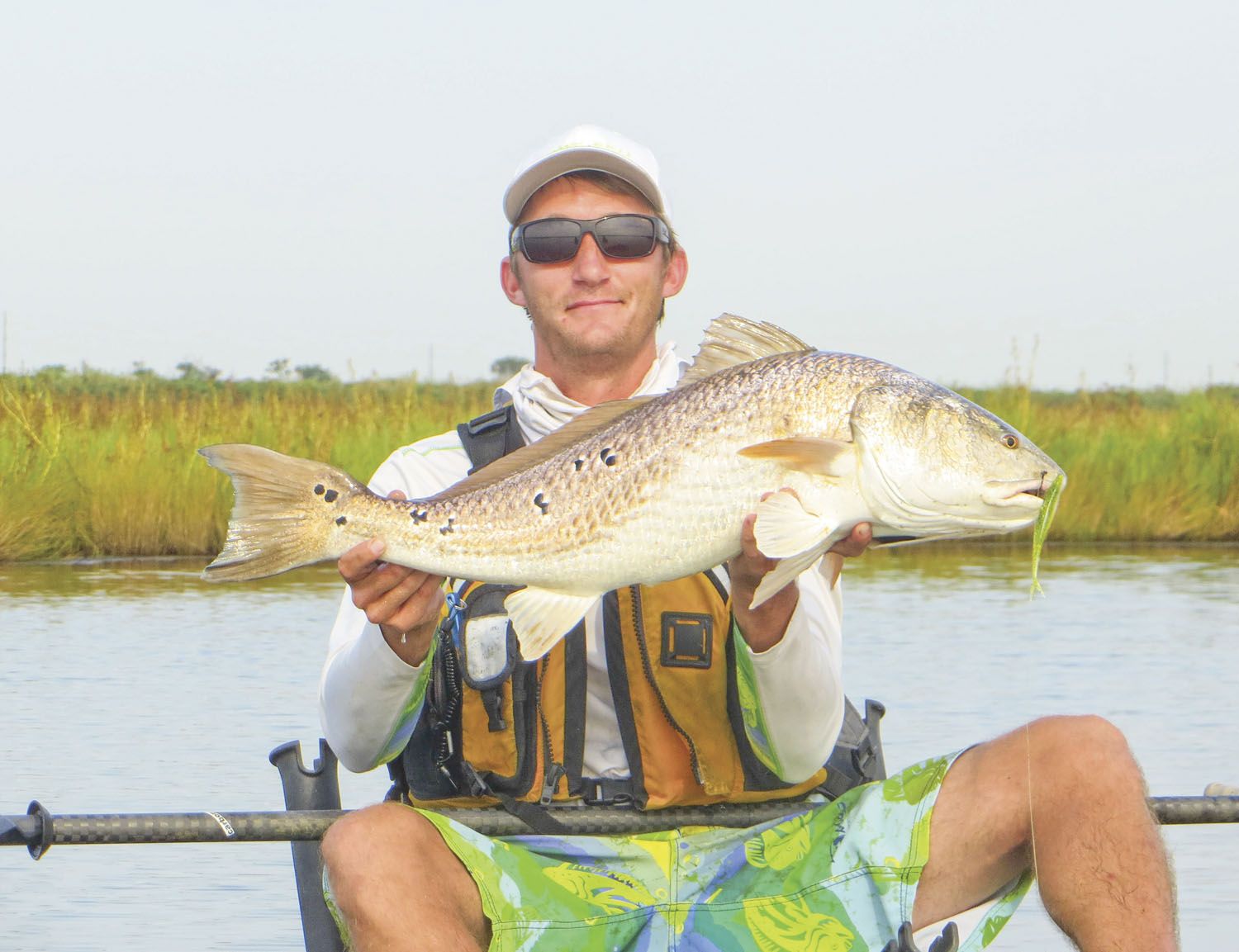 There are no traffic jams along the extra mile. -Roger Staubach

Years ago when I started kayaking I was obsessed with exploring untouched marsh in hope of finding hidden, secret places. I pored over Google Maps continuously trying to spot a pond that I missed on prior searches. Often times I would look at an area and automatically take it out of consideration. The idea of having to paddle an extra mile before I could begin fishing seemed too much trouble. Curiosity eventually overwhelmed my concern of paddling further and it paid off in the long run.

Before making a long trek to unfamiliar water, there are a few things that should be taken into consideration. Being physically able to make the round-trip journey is the most important factor. Becoming fatigued or injured several miles from the launch site is a bad situation to be in. So prior to going, be sure that you are prepared for the journey and have notified at least one friend where you are headed.

Gauging the distance you are planning to paddle is an easy task, thanks to modern technology. Google Maps has a feature that you can "Measure Distance" when right clicking on the map; this allows you to map out the desired path and gives you a reference of the distance to be traveled. This is a great tool to use when plotting a previous course which will give you an idea of how far you typically paddle on a given trip. You can then use that to compare the distance to a new pond or area and see if you are up for the trip. Another good guide to use while paddling is time. I have found that in ideal conditions I can manage a mile in 15-20 minutes, which puts me at 3-4 mph. Maintaining these speeds is however dependent on factors such as wind and tide.

Prepping for this paddle is important. Weather and tides should be carefully considered before heading out on your voyage. The direction and speed of the wind should be the deciding factor on whether you undertake the trip, or not. Paddling into a strong wind there or back is never easy nor fun. If planned correctly though, paddling in light wind on the way out, and then taking advantage of stronger afternoon wind to blow you back to your launch point makes greater distances possible.

Tide is another factor and just as important as the wind to a kayaker. It is SO nice to ride the tide to your destination first thing in the morning but there is nothing worse than paddling a long distance into incoming current. Add the wind in your face while paddling against the tide and it seems almost impossible to make headway. I have had times with that scenario when it would take me 45 minutes to paddle a half a mile–not fun!

So the real question is why? Why paddle that far? Why spend the effort and time to go this distance? Simply put, life is about exploring and witnessing different areas with new fish. Paddling a quarter of a mile to the same reef or marsh drain gets boring after a few trips. Also, there are likely plenty of other people that fish those places. There is true benefit to be gained in getting away from the crowds – which is the premise behind undertaking a 3-4 mile paddle in the first place.

When you arrive at a marsh that is full of reds that have never seen a kayak, much less a gold spoon, She Dog, or Spro Frog; the fishing can just be plum stupid! Fishing in a new area and finding new fish provides opportunity to witness how and why the fish behave in a natural state. You may get a chance to see them tailing or even schooled up on a flat, something we do not see every day. The important thing is that you do not know what you will encounter until you actually get there.

Last year, my buddy Chad and I decided to fish a new area that we believed no one had ever fished. I do not know if we were the first but, when we got there, the fish acted as if we were the first. Just before we got on a small flat, I looked down and an upper-slot red passed beneath me. I yelled at Chad telling him to cast behind me... a red was heading his way. Before he could get his rod in his hand, the red passed him up and slowly kept swimming. He looked and me and said, "That fish has never encountered anyone." And it seemed that all the other fish we found in that marsh never had either.

We aimlessly fished across that marsh and must have caught well over a dozen reds apiece. They came on gold spoons, flukes, and She Dogs – not picky in the least. It turned out to be a day for the books and paddling the extra distance paid off handsomely.

When it comes to the rise in popularity of kayak fishing, escaping the crowd can be a good thing. I tell people that my average trip is anywhere from 6-10 miles and they look at me like I'm crazy. Maybe I am – but I rarely see people as far back as I go.

I am willing to bet that if you were to paddle just one more mile you would pass up 75% of your fellow kayakers. Going the extra mile will always pay off, whether it in beating the crowd or finding new fish in a new area. One thing I have learned over the past few years is that there is no such thing as too far to paddle for a truly memorable fishing experience. You just have to plan and prepare correctly. Go the extra mile!