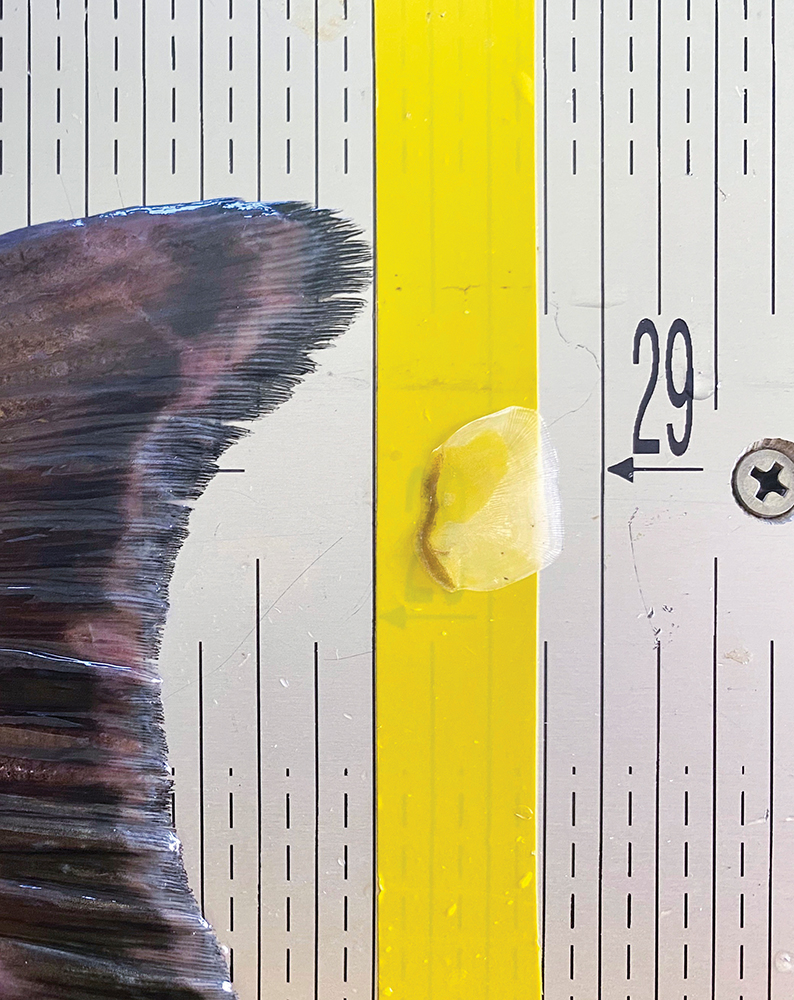 I know that every angler out there has looked at the weather and knew that it was not going to be ideal conditions, but went anyway. I have done that more times than I can count but typically, there is always a place to seek refuge and be able to fish somewhere. By having an idea of what the weather is likely to be you can take the proper precautions and have a more enjoyable paddle.

Now I understand there are times where an angler may throw caution to the wind because it is their only day off and they want to go fishing. There are also other times when someone may take on additional risk and by this I mean tournament day. If you have ever participated in a fishing tournament, then you know exactly what I mean. For starters, in order for a tournament be called due to weather, it must be something just short of a named storm. Along with that comes an anglers attitude towards that day; they will push the limits to win. With that being said, at what point do you ask yourself “Is it really worth it?”

Here recently I found myself caught in that exact predicament. I had a tournament coming up and I knew where I could find some really solid fish. The only problem was that they are in the lake and will be in open water, so that already means extra paddling. As the days drew closer, I kept an eye on the weather and sure it began to change, but not in my favor. However, I watched it closely and as tourney day arrived, I decided to follow through with my plan. The predictions for the day were saying the wind would be out of the north and blowing around 10-12 MPH. Now that is breezier than I would like but I knew that I wouldn’t be out in it long and I had a small window to catch my fish before the action quit.

I arrived to my spot and staked out while patiently waiting to see the first signs of feeding fish. Like clockwork from the previous days of pre-fishing, they showed up right on time. I made a quick paddle and tossed into the school and hooked up instantly. Since the drag was peeling I knew that I hadn’t hooked a trout, this was the redfish I was looking for, or so I hoped. A solid red came up and I got it into the kayak. A quick measure and she was a 1/2” too long. No worries though, the school hadn’t moved far and I was quickly back on them. I hooked up again, and in typical tournament fashion, this one was also oversized.

By this point, I spied another school across the lake about 500 yards so I took off. Arriving within casting distance, I sent the lure into the middle and sure enough, I hooked up with another redfish. This time I could tell immediately it was going to be too big. I didn’t even put her in the boat, I just reached with my pliers and shook the lure from her lip alongside the kayak. I made it back to the school once more and another cast produced another solid bite. This time I get her into the kayak and once again, another redfish that is slightly too long.

After that fish, the group that I was working had disappeared and I located another group about 500 yards away again. Not having a fish on the stringer, I decided to paddle over to them. I repeated the drill with three other groups of fish. Finally, I got one alongside the kayak and I was sure it would measure within the slot. She was a little over 7.5 lbs on the Boga and plenty short enough. Since I was still on the school, I figured that I might as well keep fishing them. A few more casts into the school produced another solid fish. Once I got her in I knew that this one might also have a chance to measure. She hit right at 28” and I quickly knew I was done for the day.

Now this is where my problem occurred.

While I was focusing on chasing groups of fish, I did not realize that the wind had picked up to every bit of 15-20 MPH and I am now well over a mile away from the north shore. I got my kayak turned into the wind and began paddling my hardest. It didn’t take long at all before I realized that there was no way I was going to make it back north to my launch point. This is when I made the decision to turn around, go with the wind and paddle south. In my mind, I figured it would be about 4 miles, and if I took my time, I would make it there no problem.  After mapping it, it was closer to 7 miles. I paddled across open water for 3 hours and once getting close to a takeout point, I realized that I made a terrible decision and not a very wise one. Yes I am alive but that was an unnecessary risk that could have been easily avoided. Once I got to dry ground, I called a buddy and he came and picked me up and brought me back to my truck.

I showed up to the weigh-in and I was absolutely exhausted! As people came in we discussed our day and it seemed like everyone had a great day of fishing. As the scales opened, I decided to grab my big fish and roll the dice with her; I’d gone through too much that day not to try and weigh that fish. As luck would have it, she was a perfect 28-incher and she weighed 9.3 lbs. I ended up getting first place and to everyone else, it looked like I knew exactly what I was doing, and that I had executed a perfect plan. Although it worked out in my favor, they couldn’t be more wrong.

I am writing this because I would like to bring awareness to the fact that there are times when it is simply not worth it. Yes that is one of the biggest tournament fish I have weighed in but is it worth having to call the Coast Guard to come pick you up. Or them having to send out a search party looking for you or even worse, your life? Of course it’s not, and there are times that we overestimate our own physical abilities. We put on the blinders and go for it without regard for the risks we are taking.

Please be safe out there. Remember to make good decisions, and keep in your mind that sometimes it’s just not worth it.