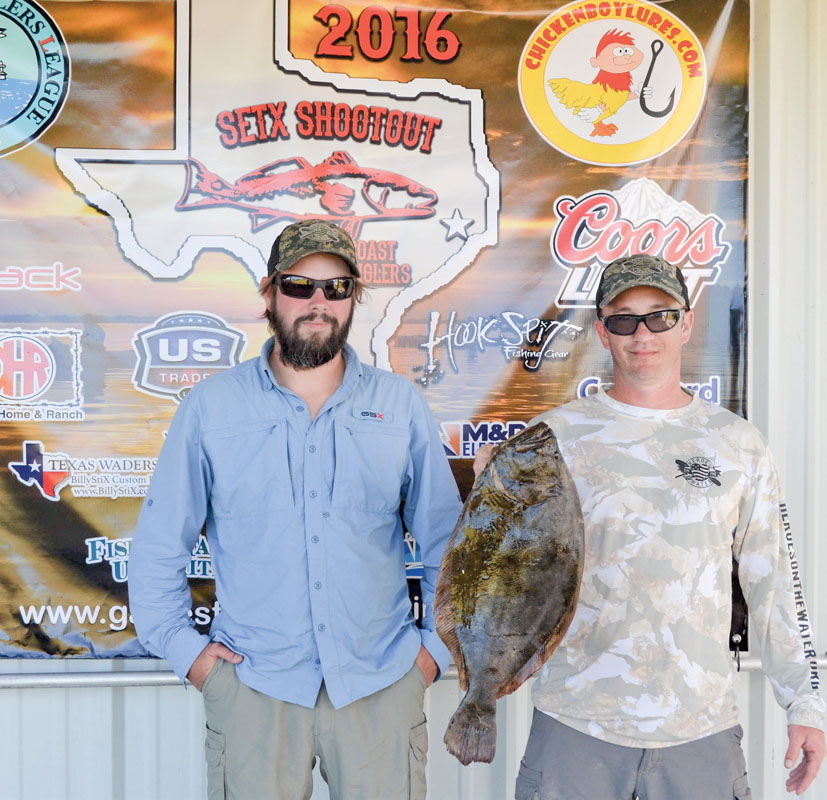 Fishing has been a big part of my life for as long as I can remember. I have been fortunate to spend countless hours and days on the water and have enjoyed a lifetime of fun. Through the years I have acquired several tricks of the trade, met great people from all across the country, and learned a lot about myself. Needless to say, this wild and sometimes unpredictable road I have been on has been nothing short of incredible.

Lately I have been reflecting on my years of kayak fishing and how I have bettered myself as a person and angler. I have always dreamed of being able to quit my day job and be able to fish, write and do photography full time. That said, I have always worried if that day was to come, fishing might then become a job and not a "just for fun" hobby. Because this is why we do it in the first place, right?

Here recently, the Upper Coast Kayak Anglers were hosting a tournament on Sabine Lake. The format was to be a two-day team kayak redfish event with the heaviest combined two-day stringer weight deciding the winning team. It was a benefit for Heroes on the Water and a unique format, so I was not going to miss this tournament. I called my brother and asked if he wanted to team with me and without hesitation, he was in. Team BROfessionals was signed up and prepared to give the two-day tournament a whirl.

As the date drew near I began pre-fishing several places that I considered to hold high potential, testing the water, so to speak. These spots proved not nearly as productive as I was hoping but it was okay as Blaze was pre-fishing too. He called me when he got off the water and had good news. He had found some fish piled up on a stretch of shoreline and we were certain this was where we were going to fish both days of the tournament. The only shake up of it was that there was a cold front coming in on Friday prior to the weekend of the tournament. Going over all the details, we figured it probably would not affect our fish and we were all in.

As the sun came up we were in position waiting for our reds to show up. To keep a long and rather frustrating story short, they never did. I can only assume the temperature drop and rise of atmospheric pressure pushed them to deeper water. On the bright side, Blaze caught a solid 22.5" flounder to fulfill our side pot bet and we were fairly confident we could receive a check out of that. Lo and behold though, Jason Vandiver caught a flounder that topped my brother's by two inches and well over a pound. It was without a doubt among the top three biggest flounder I have ever seen and deserves recognition. Across the board teams brought great fish to the scales, except Team BROfessionals.

Naturally, that we were nearly the only team without redfish to weigh did not sit well with me and I was legitimately upset. I was not mad at the fish, nor my brother, or the spot we decided on, but mostly with myself. Not really sure why but I gave myself a hard time about it. Let me reiterate this.

I spent an entire day fishing with my brother on one of the finest weather days that Texas could ever give us and when I got off the water I was mad.

After the first day weigh-in we all went to our traditional after-fishing dinner at BWW and had a recap of our day. We swapped stories about the prior day of fishing and tomorrow's plans. After talking to Dustin Lee at the table and expressing my feelings about the day and what my plans were for the next day to win the "Big Bag" side-pot, I was eager to shoot for the stars and do nothing short of that. Almost instantly I regretted my arrogance and confided to him that this was no way to be. Dustin replied, "Dave, just go out there tomorrow and have fun."

That is when I realized I was about to go fishing for the wrong reason and that I was taking the whole thing way too seriously. It is not about being the best angler or catching the most fish, it is about having fun! Because this is why we do it right?

The next morning, I went to a hole that I have not hit in several months but I knew it could hold good fish at this time of year. I had already made my mind up that if my fish did not measure 27" I was not going to put them on a stringer. "Big Bag" was my last chance at winning some money but I was going to do it my way. I went in the mindset of having fun first and, if it happens, so be it. I had put a lid on lofty expectations.

As I came across a flat that morning I noticed a tail pop up and for the first time in a while, my adrenaline kicked in! My heart was pounding as I inched closer into casting distance. This was the feeling I had been missing and it was refreshing to get it back. I threw a gold spoon just on the other side of the fish and dragged it across, seeing a huge swirl. This is when I realized that three reds were chasing my spoon and the wake they were pushing was something to behold. As I reeled faster, the wake bulged even greater and one of them stepped out of line to eat it. I set the hook and the fun began!

I went on enjoying well over thirty reds landed that day, about a third of them tailing in grass and the rest pushing impressive wakes in the shallow water before grabbing my spoon. A superb day of fishing, and I never put a single fish on the stringer.

At the Sunday weigh-in, I got to have conversations with several of my local kayak buddies and some out-of-towners that were gracious and dedicated enough to break away from their families to come fish the tournament and support a great cause. There were ridiculous stringers brought in, which always makes for an interesting tournament. With everybody's help we contributed a check for $5,000 to Heroes on the Water, all of it raised through the event. Between seeing familiar faces and some new ones, being able to spend a day fishing with my brother, seeing so many solid fish coming to the scales, and raising a significant amount of money for a great organization; it was all worth it. This is what it's all about.

Go fishing and have fun.