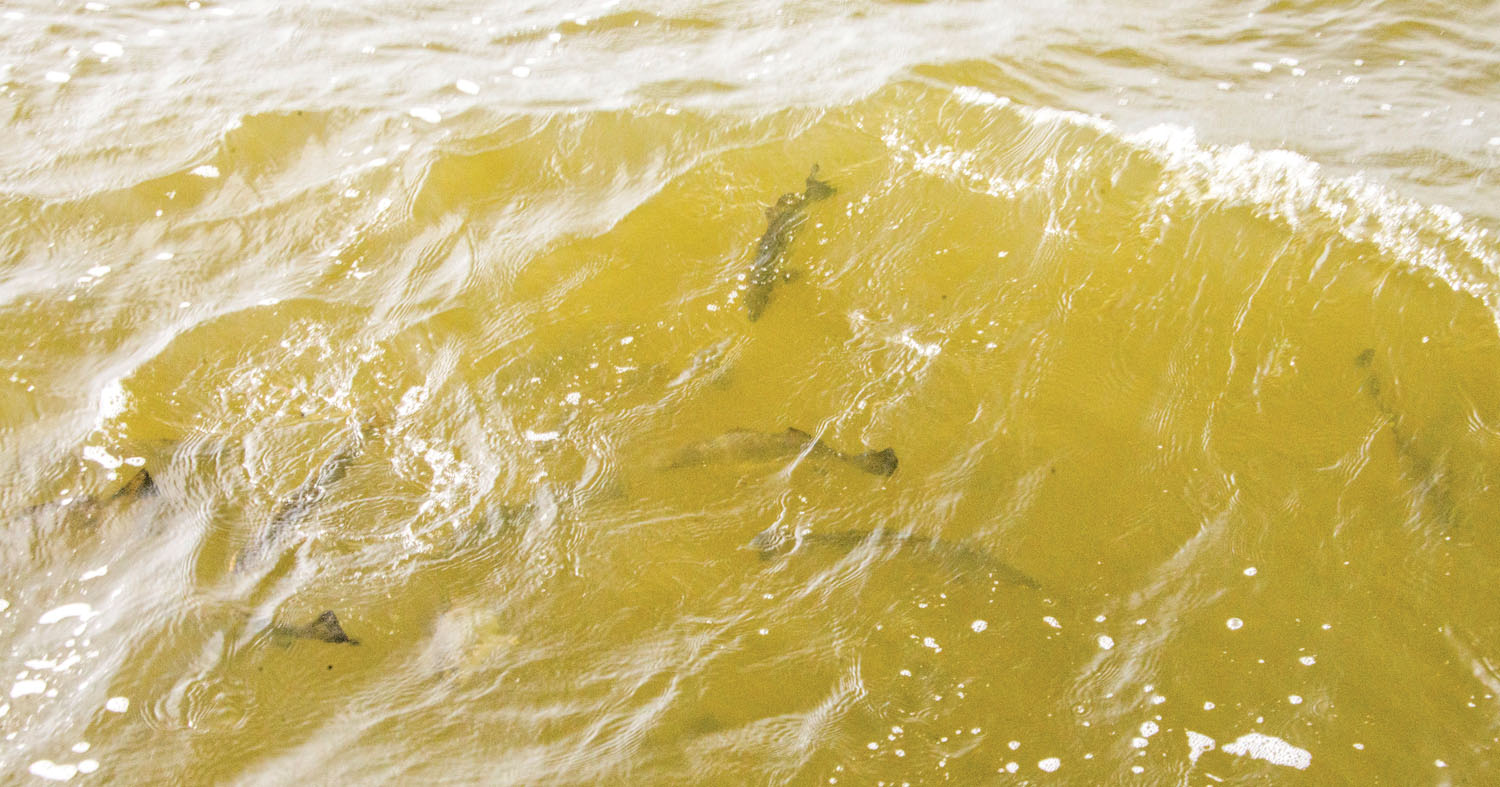 Well it seems we have survived another scorching Texas summer. As I sit here and write this I am daydreaming about the site of schools of redfish pushing the shorelines for shrimp and groups of teal buzzing overhead. These are two sure signs that summer is on the decline and fall and winter are near. I, for one, cannot wait to be shivering in a duck blind or on Sabine Lake throwing a Corky Fat Boy. I have had enough of the Texas heat and am ready to move onto the next chapter.

As I prepare for the transition in the weather, I have looked back on fishing this season and have come to realize that this was one of my more productive summers. Even though I did not catch a wall hanger trout, a record number of fish or anything exotic; I was still able to experience and learn several things when it comes to fishing and was fortunate enough to capture some of it on camera.

My summer started off with me working 7-12s which really put a damper on my fishing. I only had one day off every two weeks and, of course, I spent it on the water. Fishing with this kind of schedule makes it difficult to put a definite pattern on the fish. A lot can change within two weeks, especially with the flooding we had. The conditions were constantly changing but that led me to one thing adapt!

Out of my whole summer, I believe that is the one word that best describes how I fished. I had to adapt to the weather, new fish and an inconsistent bite. So overcoming these conditions was more of a "pick up where you left off" scenario than a focused game plan. I knew that I had one day to fish and I was going to make it count. I paddled far, paddled fast and fished even faster. I had three different lures tied on that I knew I could cover a large amount of water quickly with. Once you combine that with paddling a great distance, you are bound to find some fish. Every trip I made I took into consideration of where I found the fish, what I caught them on and why they were there.

Two weeks later I would take that information and start from there and well, pick up where I left off. This fast-pace habit I gathered over a few trips on my busy work scheduled really paid off when I was done with my 7-12s. I was then able to fish three days in a row every weekend with the same mentality of paddle far and fish fast. This was a great way to quickly put a reliable pattern on the fish. After realizing that most of my fish were coming further back in the marsh and I was getting to them a little late; I had to change my tactics. I started launching an hour early and paddling straight back to the ponds that have been holding them. My numbers drastically rose when I started my day earlier; it also was a great way to beat the heat.

I also learned that no matter how prepared you may be or how perfectly you execute your plan, things just sometimes will not go your way. I always found it funny how that works but everyone has days like that. You do EVERYTHING right but somehow you still fail. I had a tournament this summer that I fished and I took a shot in the dark on a spot that was holding fish last year and had not been there since. I arrived to find exactly what I was hoping for, ponds full of redfish. I had three completely different styles of lures tied on and hooked fish on every one of them. They would come across the water at whatever I was throwing and crush my lure. I would set the hook and the fight would be on... for about 10 seconds. For some reason I had eight solid fish spit the hook on me; I guess that's fishing.

One of the other lessons I enjoyed most of all was to slow down and stop. I know that is the complete opposite about everything I just wrote about but I am not talking about catching fish. I got a lot of pleasure this summer by putting the pole down and picking up my camera to capture the moment. I got photos of my buddies catching fish, nature, and more sunrises and sunsets than I can count. These were just a few minutes that I took out of my trip to relish the moment and take in the beauty. I got to see nature in action as it should be without human interference and these instances were well worth my trip. They were more memorable than any fish I caught this summer. I was also able to pass on photos of unforgettable fish that friends of mine had caught.

This summer was full of ups and downs with more high points than lows. I had a lot of great lessons and gathered some really good knowledge of the sport. The temperatures are finally starting to drop but not fast enough. Fall and winter are just around the corner and I am hoping to learn a few new things this season that I did not know in the past. I know I will be taking some of my summer schooling into this season and will use it in my advantage. I plan on adapting to changing conditions, understanding when fishing is not in your favor and to slow down in appreciation of what is happening in front of you and to enjoy life.