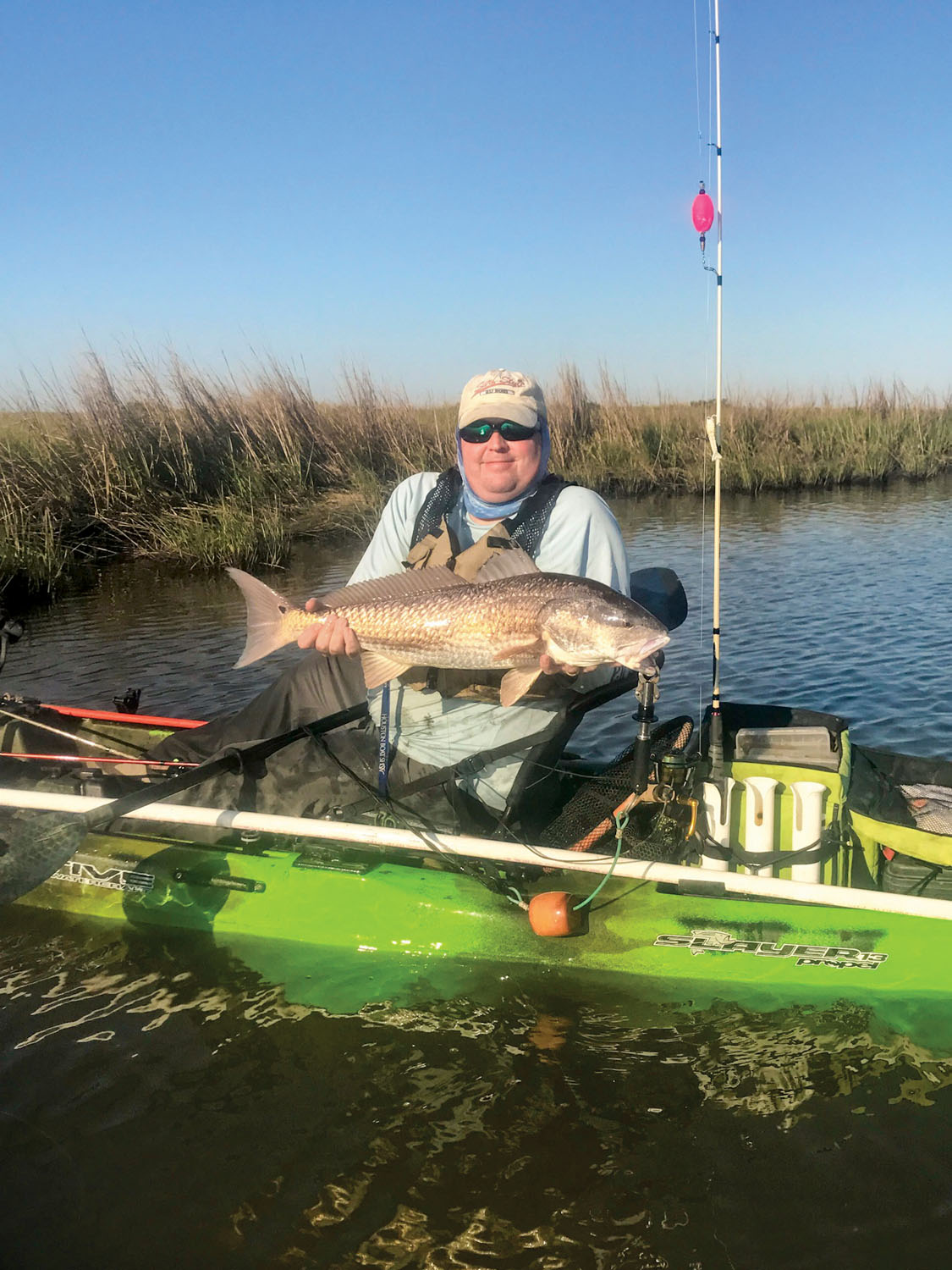 I’ve had plenty of opportunity lately to reflect on feeding habits and fishing patterns. Weather has been a huge factor, varying widely each trip out. For some crazy reason I am still surprised by this but hey, this is Texas, after all. Regardless of the conditions, a few constants have emerged. Long paddles into remote marsh regions and long casts once fish are located have consistently provided the best results. And- the rigors of the long paddle are soon forgotten when you are catching fish!

For the past few months my mornings have begun at first light, with an hour to an hour-and-a-half paddle into the marsh, depending on the weather. Yes, there are fish upfront, meaning closer to the launch or where the marsh joins the bay, but they are more plentiful and more likely to take a lure the further back you go.My initial discovery of these facts was something of an accident but I'll take a lucky outcome over a skillfully planned maneuver any day.

I was pre-fishing for a tournament, so I was more interested in finding fish rather than actually trying to catch them. Locating what appeared to be a small school of redfish crashing bait along the shoreline, I decided to make sure they would eat a spoon. A few precise casts verified they would, and they were tournament-class, to boot. Having learned of at least this group of quality reds, I decided to stand up and look for more.

I spotted several smaller pods cruising in the lake and knew it was time to ease out of the area, with hopes they’d remain until tournament day. On my way out, I spotted a tern hovering near the surface and, sure enough, a tail popped up. Excited with my find, I stopped and pulled out my iPhone to make a video of what I expected would be a single tailing fish. By the time I looked up again I could see several tails, and they were heading toward me.

In a situation like this it is impossible to get out of the way without alarming the entire group. All you can do is remain calm, sit still, and hope. I had well over 30 reds swimming right beside my kayak and, luckily, not a single one seemed to detect my presence.

I have returned several times since I first located that school, as early in the morning as I could arrive, but the weather hasn’t been friendly. Every time I made the trek I faced headwinds of 20-mph or more, that made the long paddle even longer. Overcast skies and high atmospheric pressure didn’t help. The combination of the weather conditions virtually wiped out any hope of sight-fishing. No worries, though, I was still determined to make it work.

I still had blind-casting as an alternative, and my earlier scouting told me there were plenty of fish hanging in the middle of the lake. I paddled on, to the far upwind side, and staked out. Standing in the kayak with the wind at my back, I was able to make incredibly long casts across the center of the lake, nearly emptying my reel. I then methodically cranked the gold spoon across the flats. I continued doing this over and over and it proved a very productive method.

Throughout the long-cast session I kept a sharp lookout for terns, bulging wakes, and any signs of tailing activity. Standing on the staked kayak paid off handsomely, enabling me to spot several smaller groups of feeding reds I probably would not have noticed otherwise. Pinpointing their position, Chad and I would ease up, stake out again, and make long casts into them. Several times scoring double hookups. The best part of this story is that the strategy worked every time we employed it in that lake. Everything from oversized studs to solid mid-slot redfish.

Tournament day finally arrived and Chad and I pushed back to our pond hoping for a repeat of our scouting successes. Despite our hopes the schools were nowhere in sight. Our only option was to push further into the marsh. We hit a few coming across the flats but it was not the same.

The sky was heavily overcast and we had to dodge storms all morning. About noon I decided to put the spoon down and try a She Dog. It was a different lure but I kept to the same long-cast tactic. On the third cast I stuck a red that was about 24" and was nearly the same size as our third fish so I released it. Two casts later I heard what sounded like a bowling ball dropping into the water and my line came tight. I was casting so far that I didn't see the blow-up, only heard it. I set the hook and the fight was on. I managed to land it and the scale said right at 7-pounds and we were headed to weigh-in.

Fishing these past few months has been a great learning experience for me. I have been finding more schools of redfish in the marsh than ever before and I am finding them in many different areas. Reminds me of October. I am just hoping that with warmer weather arriving they will remain congregated and not disperse throughout the marsh. No matter, I have faith that I can find them again. All it takes is long casts and longer paddles!