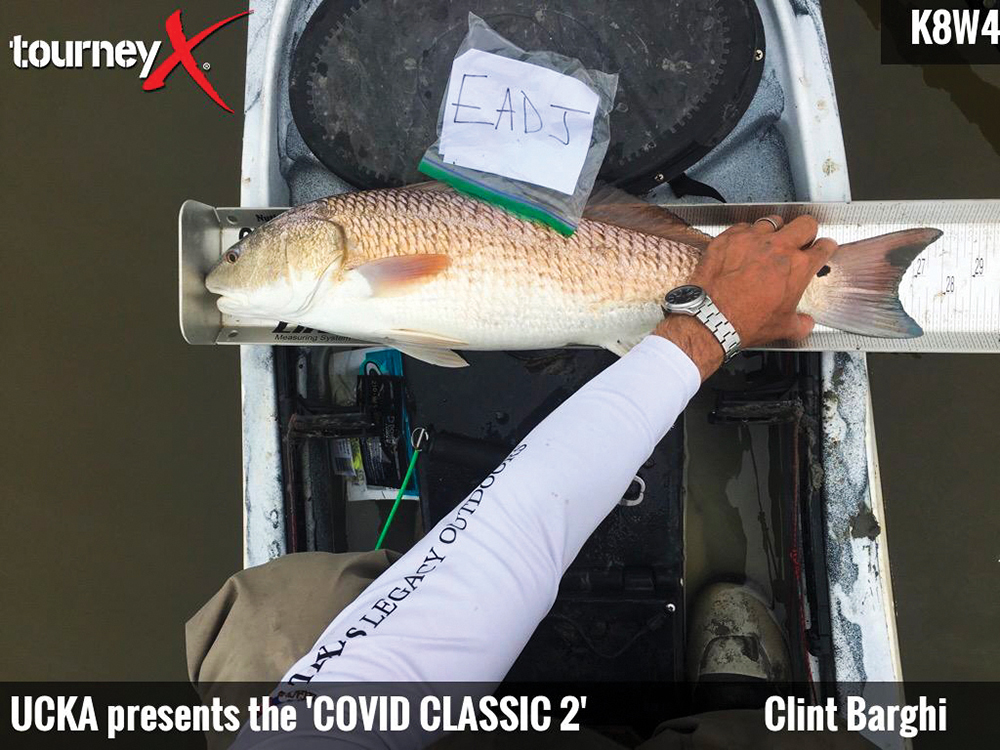 The past several weeks have been crazy and scary as people around the world are impacted in a variety of ways due to the spread of the Covid-19 virus. No matter how rugged Texans might think we are and might actually be in many ways we are still susceptible to the sickness as everyone else. The leaders of our country and state have published guidelines that we are all familiar with by now. Although not popular they were all well-intended.

One of the biggest and most important is the encouragement of social distancing, the conscious act of maintaining a distance of six feet from other people to help prevent the spread of the virus. Nothing new here for paddling anglers, we have been practicing it for years on nearly every outing. The majority of paddle boats designed for fishing carry only one passenger, and even when we chance to meet up with others on the water there’s usually plenty of distance between us. I know that this Covid-19 thing is not the most ideal situation but at least we are still able to get out and enjoy time on the water.

As much as I enjoy paddling with a friend, there is something about making a solo trip that really makes you appreciate the sport. It gives you an opportunity to slow down and admire the natural world with no worries of having to keep up with a companion or group. You can go at your own pace and while doing so there is always the option of taking different paths through the backwaters than you normally do. Also when you’re the only one to answer to, there is no set schedule. You can leave whenever you like or fish all day. It’s your call.

If you do decide to make a solo trip during these times, please exercise caution in boat handling and navigation and be sure to wear your PFD at all times. You should also inform a responsible person where you are going and when you plan to be off the water!

One of the other unfortunate things about all of this has been the timing of it. Spring is always a great time of the year to fish and most anglers hate to miss the chance of getting in on the action. On the other hand, for the more competitive anglers, this is when tournament season begins and tournaments have taken a real hit given the ban on large gatherings.

My buddies and I who run the Upper Coast Kayak Anglers were affected by this because we hold redfish tournaments here on our end of the coast. So, knowing that we had to cancel the first few, we decided to take a play right out of the kayak bass fishing playbook. Kayak bass tournaments are incredibly popular and they have a structure in place that is fair, efficient, and does not require a live weigh-in or a gathering of anglers.

We decided to put on a CPR (catch, photo, release) tournament for redfish. How it works is that the morning of the tournament, the directors will release a specific identifier code that has to be included in the photo of every fish submitted so that we know it was caught that morning. When an angler catches a redfish they will place it on their measuring board, place the identifier near the fish, take a photo and then release the fish. After the release, the angler will upload the photo to the tourneyX app and there is a set of judges that will accept or deny the photo. The total length of your three longest fish, none exceeding the 28-inch mark, is tallied for your final score. The highest score between the group of competing anglers wins the pot. It is a simple format but perfectly suited for the scenario at hand.

After the first event we put on, it quickly gained traction and more anglers wanted in on the challenge. We now have kayak anglers fishing from Corpus Christi all the way to Delacroix. As the field grows, so does the competition! As of this date we’ve had only one angler score a perfect 84 – three reds at 28 inches – and believe it or not he accomplished it in back to back events. Very impressive! Others have come close, lacking an inch or less than a perfect score, but thus far he’s the only competitor to pull it off. It’s been fun for us all and I know it has helped others take their mind off of everything that has been going on in the world.

I know that the past few months have been tough for some and more for others, but I do truly wish everyone the best. This will hopefully all be over soon and we can all get back to living a normal life. Fishing has been a godsend and lifesaver along the way for many of us.