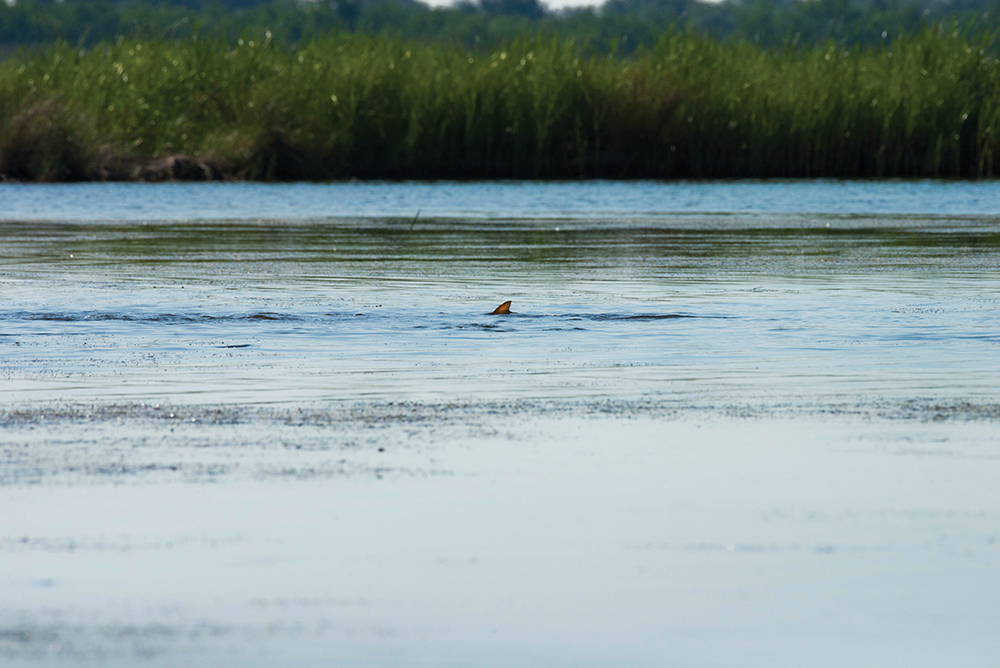 I’m sure that if you’re like me, you have a routine you go through on the mornings you are going fishing. Mine is always the same; throw the rods in the truck, make sure my kayak is tied down properly, and stop at the same corner store for the same cup of coffee.

Like clockwork the other day I went through the routine as I usually do, meaning that I didn’t start to perk up until I had my coffee. After a few sips I mentally began to layout my game plan and turned up the volume on the truck radio. The first tune that came through the speakers was an old blues number by John Lee Hooker called Mr. Lucky.

Getting into the music, it didn’t take long until my mind drifted from game planning to pondering the question of how much of a role luck plays during a day of fishing versus sticking to a rigid game plan. If you happen to stick to your plan and catch a mess of fish, is that a product of luck or fishing skill and good planning? Because I know good and well that most all of us try to stick to a solid plan and follow it to the letter, what about the days when we catch only a handful or even none? Which brings up another question; is that bad luck?

As funny or random as the subject may seem, it does get your mind working about past trips that happened to turn out more productive than others. The truth is that there is often one split second that changes your whole day – for better or worse.

I remember a few years back, my buddies and I decided to fish Sabine Lake on a Sunday afternoon. We were too busy to go in the morning and therefore decided to make an evening of it. As we were getting prepared to launch, I looked up and noticed a group of gulls tightly bunched on the south end of the lake. We quickly pushed off the bank and made a beeline paddle straight for them. It didn’t take long before we had our limit of trout but we continued to catch fish until we were tired. What made that trip even more special was that we were the only anglers on the water the whole time. Looking back on it, there were no expert decisions that went into that afternoon of fishing; it was purely by luck that we were there.

Then other times came to mind when I spent the entire day paddling marsh lakes and flats catching plenty of redfish, but not actually able to see any of them clearly tailing or waking.  Paddling slowly forward, I might catch a glimpse of something out of the corner of my eye, but too quickly to tell whether it was a red, a mullet, or even a fish at all. Whatever caught my eye was visible for less than a second. Without a doubt, if I was not looking in that direction, that fish would have gone undetected and I never would have known it was there. Is that being vigilant or just plain lucky to be looking in the right direction at the right moment? Also with situations like this, I wonder how many tailing fish we never actually notice.

Another factor where luck could come into play is on tournament day. I’m sure that most competitors would agree, the days that put you on the podium or prevent you being there, must certainly include some amount of luck. I recall a tournament a few years back that I was going into the second day of the Elite Kayak Redfish Series with a five-pound lead. I went directly back to the same pond that I caught my fish from the day before. As soon as I entered the pond a school of about ten or more fish were heading my way. I cast directly into the middle and pulled out a fish that was barely legal. After catching at least twenty that day I ended up going to weigh-in with two fish that measured barely 20-inches and ended up second. I guess you could say that it wasn’t my lucky day.

Here recently, the Upper Coast Kayak Anglers held their first tournament, an event based on your single heaviest slot red. I tried my best that day and brought in a 7-pounder that was only good enough for sixth place. The winner of that event was James Garner, who weighed in an impressive 9.5-pound slot red, and also earned the half-pound live-weigh bonus which put him at a whopping 10-pounds.

Talking with James after weigh-in, he told me about his day and it seemed that everything fell into place, exactly in his favor. He went directly to his A-spot only to find that he had been beaten to it by another angler and had to move on. He hurriedly switched to Plan B and almost immediately landed a solid 7.5-pounder. Great recovery!

His next cast produced the behemoth that won the tournament. I’m not saying that James won on pure luck, because I know he is a great fisherman, but things definitely lined up perfectly for him that day. If the other angler had not beaten him to his first spot, it could have potentially thrown off the rest of his day, which could have resulted in him missing a nice check. When it comes to tournaments, I honestly believe that to be successful you have to be skillful enough to put yourself in a “lucky” situation.

There are definitely a host of factors that can influence the outcome of a day’s fishing, and I cannot help but believe that luck is greatly overlooked. Being in the right spot at the right time is kind of like, “You should have been here yesterday.” No matter how you may look at it, we should all strive to develop good fishing skills and formulate solid game plans, we call this preparation. I also call it preparing to get lucky!