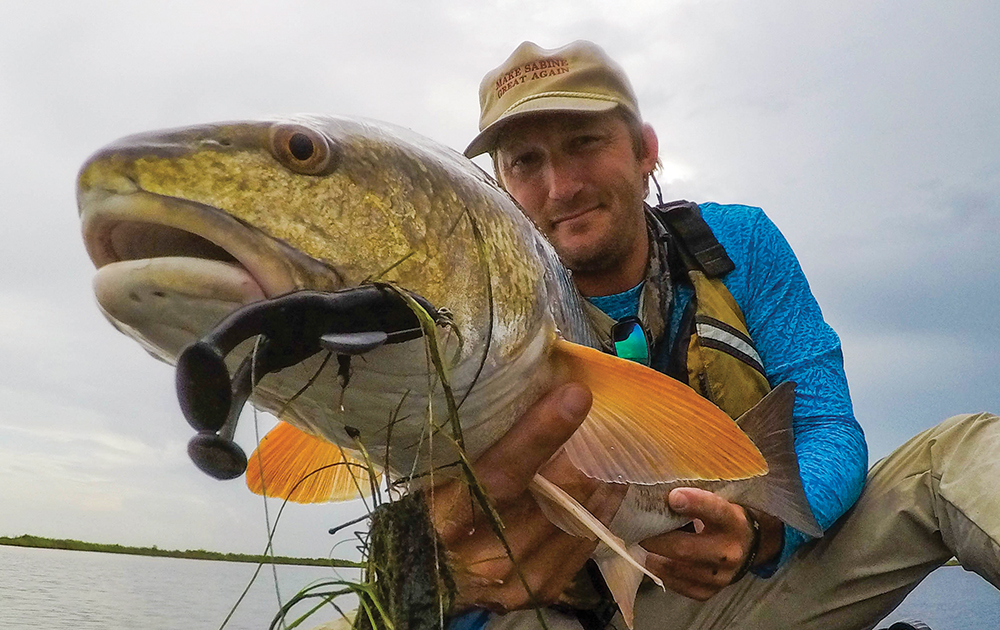 Something I have learned through all my days on the water; at some point you’re either going to have a really good day or a really bad day. I believe it is safe to say that the majority of the time everything goes pretty much as planned and we end with what I would call an average day. Here recently, I made a trip to the lake and from the time I left the house I was having one of those days.

I started planning my trip a few days ahead and from the looks of the weather forecast it was going to hold up for me. I only had Monday off before going back to work so I had to make it count. Sunday evening came around, I loaded my kayak in the back of my truck and gathered my gear in hopes of being ready for a predawn start the next morning. Waking up, I began my normal moving around routine and stepped outside for a look at the weather and noticed flashes in the sky. Early morning thunderstorms!

Right then I knew I needed to stop what I was doing and revise my plans. I quickly pulled up the weather radar on my phone and noticed a few scattered storms in the area, with a major cell just off the coast. It seemed to be breaking up as it got closer to land but a squall is hardly something you want to get caught up in while fishing from a kayak. Shifting gears, I figured it would be better if I mothershipped my kayak to the area I was planning to fish. If the storms decided to change direction I could quickly load up and get back to the safety of my truck.

Now trailering my boat, I continued keeping a close watch on the radar to monitor which way the storms were moving. The closer I got to the lake it seemed that my chances of dodging the storms were improving. I pulled up to the ramp, checked the radar one last time and determined it would be safe to go. As I stepped out of the truck I was instantly greeted by the smell of something burning. A quick look at the trailer tires revealed one of them covered in grease and the hub was smoking. I knew I was dead in the water with a bad wheel bearing. Great, now I have a broken down trailer to deal with in addition to the weather threat.

Assessing the situation and with my best fisherman’s logic, I figured that since none of the area parts stores would be open for several hours, I might as well go fishing. I eased my boat into the water and took off across to the area that I wanted to fish. Setting the anchor, I slid my kayak out of the skiff and was finally away.

I made my way down the bank and started off throwing a bone She Dog parallel to the edge of the grass. It didn’t take long until I had a blow-up and a feisty little rat red coming to hand. I breathed a sigh of relief that my hectic morning up to that point might be making a turn for the better. I paddled on a short distance and began casting again. Another blowup and this time a much bigger fish. After setting the hook, the fish made one fast run and my line went suddenly slack. Luckily my She Dog surfaced a few yards away. At least I knew I had a few fish hanging around and they are willing to eat.

I kept moving forward and when it seemed the topwater bite had slowed I picked up my popping cork rod and aired one out there. The cork went under on my second cast and the drag was screaming as line peeled from the reel. A good fight ensued and I brought the fish alongside the kayak and into my lap. A solid upper-slot redfish and my morning was made. I snapped a few quick photos and sent it back on its way. The scene repeated itself and for the next half hour or so I landed another four fish that were of similar size. The last fish to slam the cork rig was a very nice flounder that had completely swallowed the Gulp lure and left me no option but to cut the leader where it disappeared into its gullet. No worries – I still had my She Dog.

Continuing along the shoreline, I made my way to the mouth of a slough running toward a large marsh pond. I noticed a fish bust bait on the bank to my right and made a quick cast. A few twitches later another good fish slammed the plug and I was hooked up again, this time to an even larger and stronger redfish. The fight lasted several minutes before I managed to bring it to hand, another upper-slot fish, maybe just a tad oversize. A few photos later and preparing for the release, I began to look over the pond and this is when I realized how many fish are actually in it. Tails wagging to the left and right and fish pushing wakes in every direction. To top it off another fish crashed bait in the same location I had hooked the one I’d just released!

I kept sending the She Dog and the reds continued trying to destroy it. Some hitting it and coming unbuttoned, only to have another make a determined swipe at it within seconds. It was the most aggressive redfish feeding display I had ever witnessed. I landed two more solid fish before the third snapped the line during the landing and left with my She Dog. Being the only topwater in my box, I tied on a Stanley Ribbit frog and went back to work, never missing a lick. Needless to say the troubles waiting for me back at the boat ramp, though temporarily less important, managed to creep back into my thoughts. I’d had my fun and knew I needed to head back and take care of my trailer.

It was a hard thing to do but I left the fish biting that day. As I look back on it, regardless of how my day may have started, it ended up being the best I’d had all year and I managed to make repairs to the trailer without too much difficulty. I returned a few days later but, in typical fashion, that school of fish had left the pond and were nowhere to be found. I guess that is how it is supposed to be, though, and exactly what keeps us coming back with high expectations. You just never know when you might have one of those days.