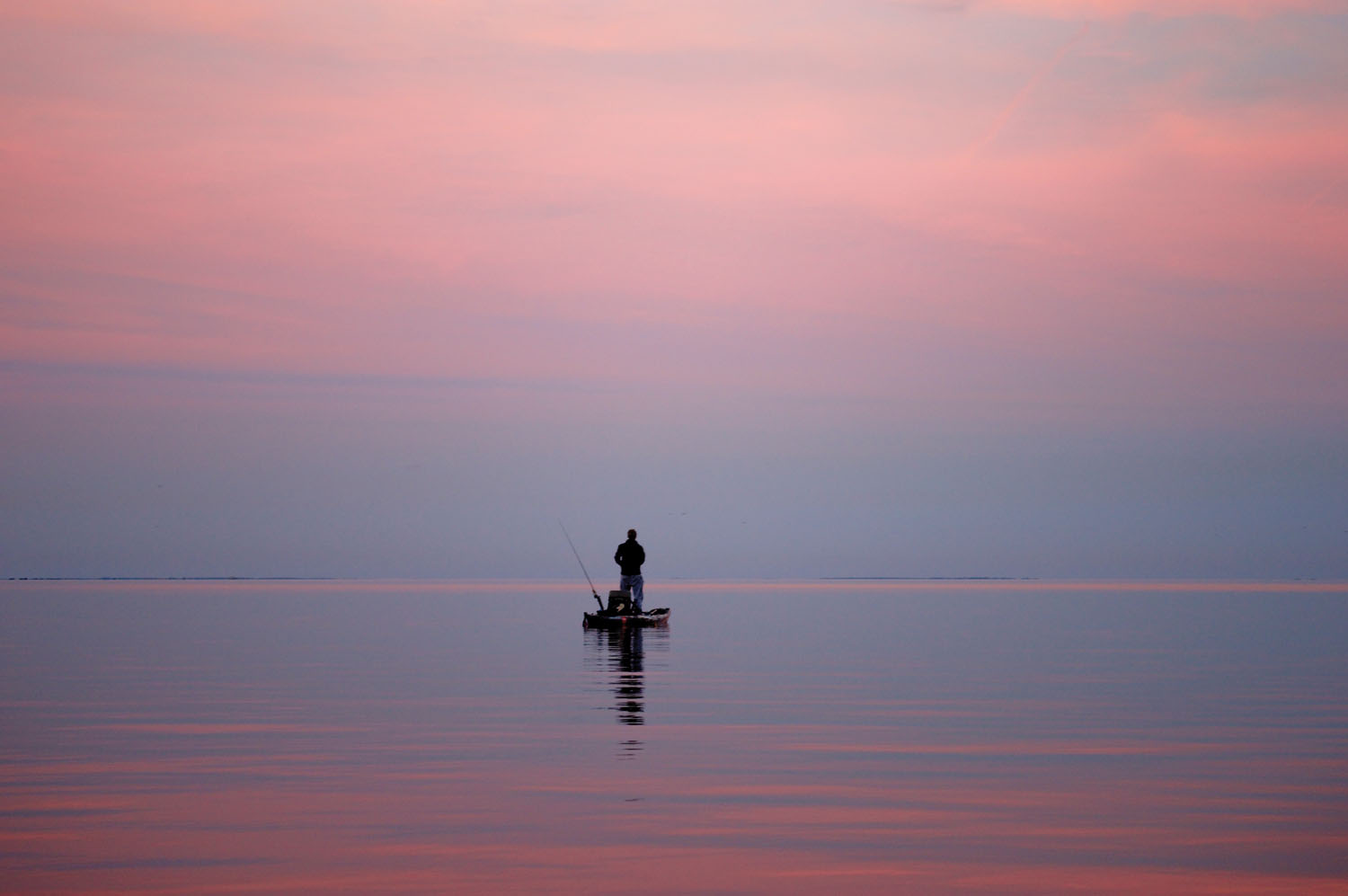 February in Texas can be downright nasty with some of the harshest weather of the year. Long bitter-cold days capable of making any outdoor activity unpleasant. But despite the weather, February is my favorite month to catch trout. An angler can have fishing days that exceed expectation when timed right, meaning between fronts, when the wind is at least relatively calm and temperatures not too numbing.

Throughout the past few years of winter fishing for me, I have had record numbers of trout caught during February. And not just numbers, but impressive size-wise as well. I wish I had a reasonable explanation of why exactly this time of the year is more productive than any other, but I do not. This is just an observation that I have made during winter time. However, I do try and target specific days and conditions to have such luck.

The first thing I always look at is the moon phase. I firmly believe that the moon is a major factor when it comes to catching fish. I like to plan my excursion around a full or new moon. I personally prefer fishing a new moon rather than a full moon. There is a 5 day window that I try to target; 2 days before, the day of, and 2 days after a new or full moon. Around this time is when the tidal movement has a large swing between low and high tide and can make for a very productive day. I have also found that fish will almost certainly feed well during the period which an outgoing flow ceases and the next incoming tide begins flooding through the passes and sloughs.

The weather is another factor that comes into play. This is the one element that an angler cannot control and is difficult to plan around. If you were to wait for perfect forecasts you would likely end up fishing only a handful of days out of a whole year. Ideally, we pray for a day with little wind and lots of sunshine. However, any day that is warmer than average and not blowing a gale will work if you give it a chance.

Now comes the final piece of the puzzle and, in my opinion, the most important. A kayak angler has got to be quiet on the water! In regards to wintertime trout fishing, kayak fisherman have a significant advantage over boaters. I have had discussions over this topic with several people being skeptical of boats scaring fish off. Despite what they may believe, I know for a fact that being noisy on the water makes a difference. It can also help a kayak angler immensely when positioned correctly around other boats. I have seen times when boat traffic and general noise created by boat anglers will actually corral the trout and push them towards you. I try to stay away from others while fishing but sometimes it cannot be avoided.

With all of that being said, it is better to pick a day that is not as crowded as others. If you have the luxury of fishing in the middle of the week, do so! There is a lot less pressure on the fish and this makes all the difference in the world. So preferably you are looking for a day that has light winds, good tides and few people on the water; a perfect day... right?

This time last year, the stars aligned for me and I had my opinion of a perfect day. I had a Sunday morning trip planned with a few buddies coming to meet me. As I was heading to the lake I received calls from both of them backing out, so it was a solo day for me. I actually took my time driving around Sabine Pass that morning because I knew that the bite was not going to turn on until around noon. I watched the sunrise and leisurely made it around to my spot with plenty of time to launch and get to my target area.

After paddling to the flat I wanted to fish, I staked out, picked up my Corky rod and made a cast. I may have bumped it 2-3 times and then it got slammed! My first cast produced a twenty-five-inch trout and I knew right away that it was going to be a good day. My very next cast was a perfect replay; the same 2-3 slow bumps and boom! This one measured twenty-six-inches and I quickly sent cell phone photos to let my buddies know what they were missing.

I slowly began making my way across this flat, picking up scattered fish as I went along. I eventually arrived at a reef that I had planned to visit with hopes of a few more solid fish. Sadly, after landing thirteen really solid trout, my leader snapped and I lost my lucky Corky. Planning to quickly tie on a replacement, I realized I had left my Corky box in the truck. I dug frantically through my tackle bag without luck and dejectedly tied on my favorite redfish lure, a weightless-weedless Zoom Fluke. Luck was still on my side–my first three casts produced three really nice trout. My buddy Stu called to say he was on his way as I was landing trout number twenty-two.

It wasn't long when I noticed him making his way towards me and I decided to give him a call. I let him know that I had been steadily hammering trout, but he needed to slow his paddling and quietly sneak in beside me. He did exactly as instructed and shortly he too was on the action. It was almost a shame that he arrived so late. Great days are always greater when you have somebody to share them with and together it would have been monumental.

After all was said and done, I caught forty-eight trout that day, nine measuring longer than twenty-five inches. Stu caught twelve with one over twenty-five. A total of sixty trout between us made for an unreal day of fishing. The greatest part about it was that we were the only people on the water the whole day. I never saw or heard another boat. Some people just do not know what they are missing.

It may be cold, wet, or windy this time of the year but that is just part of it. The thing is that whatever the weather may be, the fish still have to eat. When the timing is right, an angler can have a day like he or she never witnessed. The fortunes of February are lurking in the shallows and offer memories that will last a lifetime.