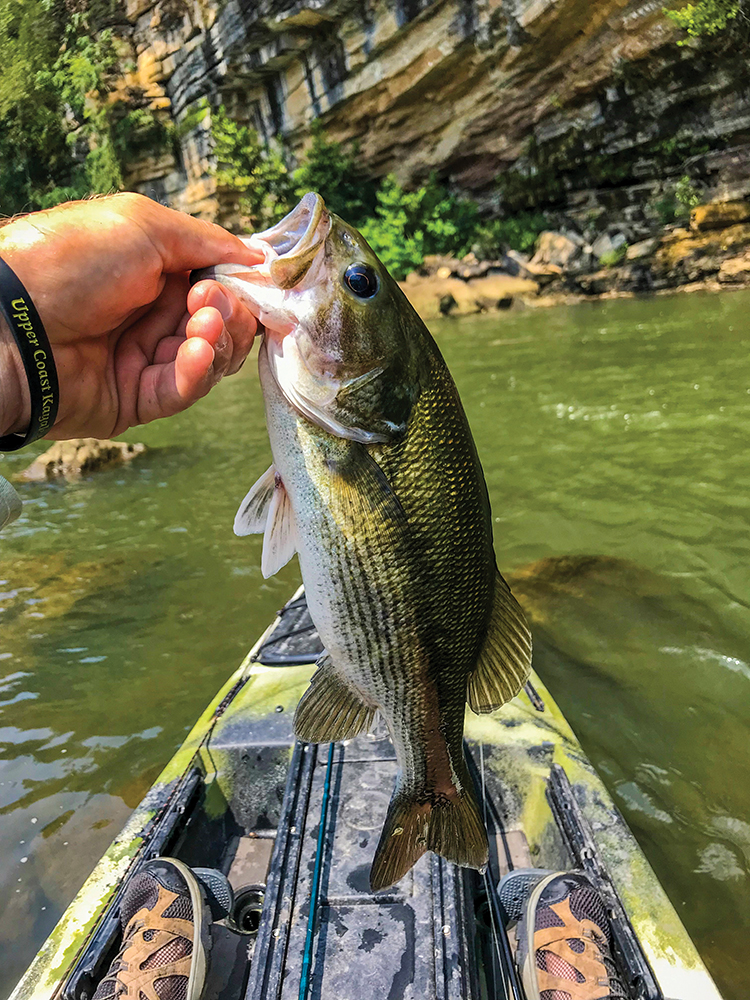 I am writing this from a hotel in Nashville in the middle of a two-week road trip. If you are a reader of my articles, you know that this time last year I went on a trip to South Florida. I headed down to meet some buddies for Snooktopia, which consisted of camping and trying to land a monster snook. Earlier this year, I found out that my buddy Bart was planning on hosting another weekend in South Florida. Of course I didn't want to miss the opportunity but was not sure if my work schedule would allow it.

Coincidently, about a month out from the event, I found out that I was going to a safety conference in Nashville. As luck would have it, it was the week leading up to Snooktopia and it seemed that I was going to be able to attend. So naturally, I decided to take full advantage of the situation and make the most out of my trip.

I started to look into my options and decided I was going to spend the first leg of my vacation trip in eastern Tennessee. I figured this would be a great place to check out; great scenery and I know the river fishing can be spectacular. As it got closer to my departure, I nailed down a few solid plans, laid out my route and booked a few places to stay. I then packed my truck down with every piece of camping and fishing equipment I own and was ready to hit the road.

After a long 12-hour drive, I finally reached my destination. I was just north of Chattanooga and was going to camp a few nights in Falls Creek Falls State Park. The park is known for its hiking trails and one of the largest waterfalls Tennessee has to offer. After setting up camp, I drove around for two hours, just trying to get my bearings of the place. I found the entrances of a few trails and overlooks of the falls, the lake and of course, the boat ramp. I headed back to camp, started a fire and prepared my rods for the next day.

When it comes to bass fishing, I'll be the first to say, my bag of tricks is about as deep as the marsh ponds I fish. But they are still fish and will hold true to typical patterns.

At daylight, I got up and cooked breakfast before heading down to the lake. I arrived and decided to paddle across where a shoreline was lined with rocks. I began to throw a Chatterbait parallel with them and it started out kind of slow. At the very end of the rock wall, I made one last cast and pulled out a little guy. A fish is a fish and I'll take it, no matter the size. I continued on, picked up a few smaller fish and decided to spend the rest of the day hiking around. I made my way around the park to see the falls and it was incredible. If you ever find your way over to eastern Tennessee, I would highly recommend pulling in to see the park.

The next morning I packed up and started to make my venture closer to Nashville. I found another state park along the way that had a few sights and it bordered the Collins River. I launched at Rock Island State Park about mid-morning and hit the river and decided to go upstream. I began throwing a jig along the rock face of a mountain and was not having much luck. I continued on and kept switching back and forth between that and my Chatterbait. I soon made it to a set of rapids and decided to pull up on the rock bank and fish from the shore.

I began to throw my Chatterbait strategically in the current, in hopes to miss the rocks. After a few cast I had a bite and pulled in a decent crappie. I continued on and only had one other bite. As I moved forward, the rapids began to grow and I came to a point where I could not continue. I decided I was going paddle up, make some photos and head back to the ramp. Photos made, I made a "Hey, why not" cast. As soon as my jig hit the water I felt a thump and I knew it was not a rock. I fought this bass while drifting downstream, banging into rocks and everything else. I finally landed it, made a quick photo and decided to reposition myself back on the rocks and wade.

I walked the bank all the way back up to the rapids and decided to cast again. My second cast brought another thump and I could tell this was a better fish. After getting it close and seeing it jump, I realized that it was a smallmouth and this is when I got excited. I gave her a little slack and when she was ready, I flipped her onto the rocks, the way we do trout on the jetty rocks. Right then and there, my trip was worth it! I checked off a new species and was able to do it on my own. I continued on and pulled a few more fish out of the rapids before I decided to head back to the ramp and more exploring.

Later on in the day, I made my way to the falls at Rock Island and they were truly awesome. Words cannot describe the sound and the immense amount of water coming over the edge of a cliff. I would also put this on the "must see" list.

Continuing the journey I swung by Sparta, Tennessee to check out the Jackson Kayak factory. I stopped by, introduced myself and they cheerfully provided a tour of the facility. I found the whole operation very organized and the process of kayak forming, fitting and assembly truly captivated my interest.

So far my trip has been nothing short of spectacular and I am only half way through it. Tennessee has been a great time and has provided me with great memories. It is now time for me to head to another safety seminar but it is going to be hard for me to pay attention. I know what the remainder of my trip holds for me and I could not be more excited. The Florida coast is calling my name and I can't wait to get back on the road to Snooktopia.