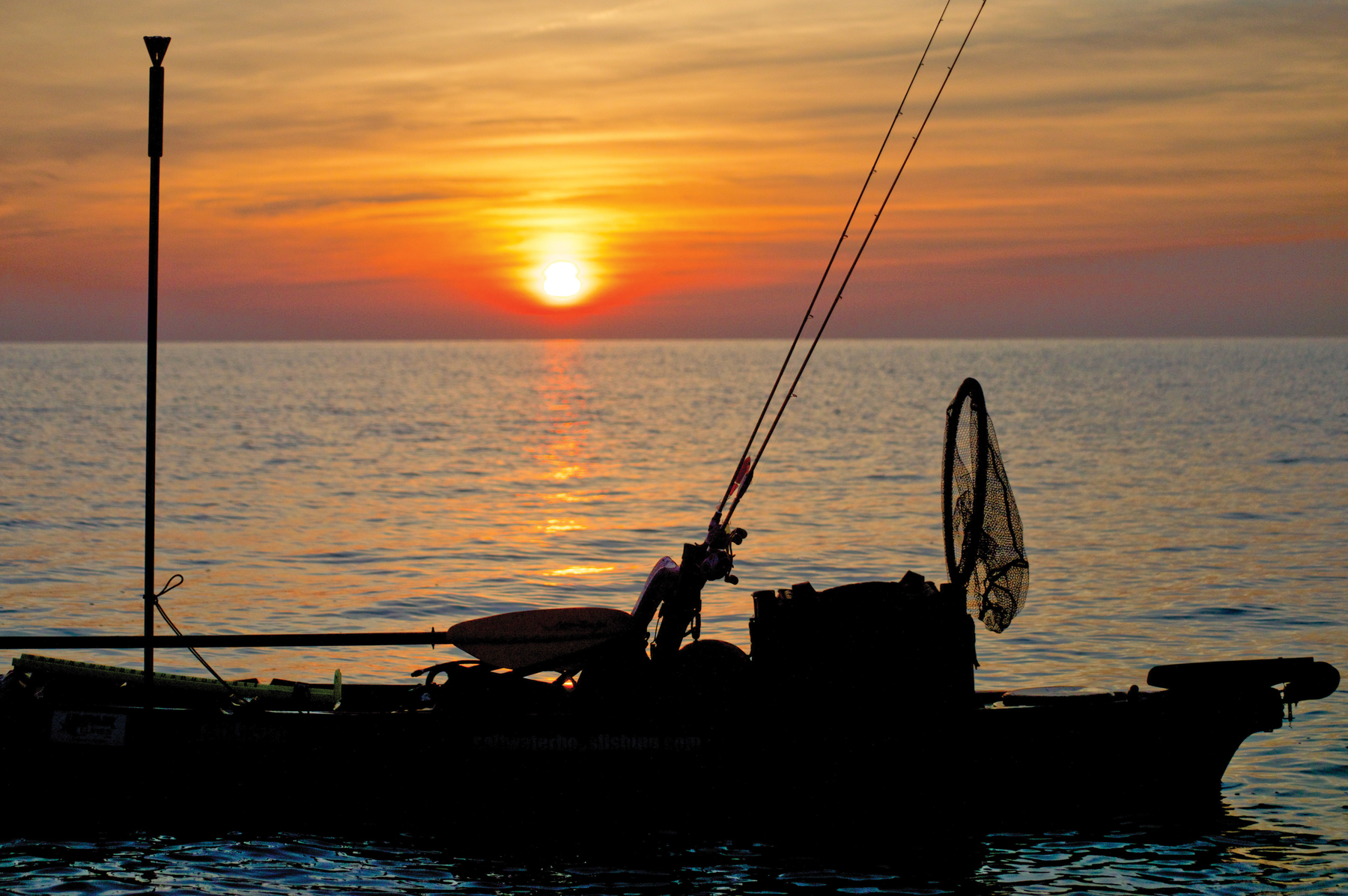 I have come to realize that life is too short not to experience and enjoy the great outdoors. Life is supposed to be an adventure. It is about exploring new places and being able to witness things few people have seen. The Texas coast is without a doubt a place to do this; a person could spend a lifetime exploring and never see the same spot twice.

I was contacted a little while back about the opportunity Texas Saltwater Magazine had for a kayak writer. I feel privileged to be able to have the opportunity to share my adventures with everyone. When I asked what I could write about, I was informed that I basically have a blank sheet every month. I could write about any topic just as long as it pertained to fishing out of a kayak. After pondering my first topic, I figured I would tackle a question that I often am asked; "Why do I kayak fish?"

Years ago a buddy and I got the idea to purchase kayaks, mainly because we were tired of fishing from the bank. We wanted to be able to fish new water and figured it would be a cheap way to go about it. After all, I was just a broke college kid with a fishing problem. My very first trip was one I will never forget. We launched at Texas Bayou in Sabine Pass and I paddled twice as much as I fished. From that point on, I knew that kayaking was for me.

It was not long when the intrigue of a cheap sport started to turn into far more. I became consumed with searching Google Maps, trying to find new places where I could launch, especially ones that motor boats could never reach. I was constantly exploring new places and was always on a new adventure. I would be miles back in the marsh and be the only person around. No noisy outboard motors, no nearby highways with passing cars, just you and the water. The only thing visible is marsh cane and occasional distant bridges arching over the Intracoastal Waterway. I would be so far back that it seemed I was taking in one of the last places on earth untouched by man. Marsh that was still in pristine shape.

The advantage to kayaking this unspoiled territory is that you are silent. By being so, I have been able to observe Mother Nature at her finest and I have seen fish and animals acting as they naturally should in their environment. I often feel that National Geographic photographers wait years and travel great distances to capture images of things I see on the regular. Being stealthy is a must when it comes to chasing shallow water fish, actually any fish in this case. Anyways, there is no better feeling than being just a short casting distance from a red that is oblivious to the fact that you are stalking him.

After a precise cast and watching your bait being inhaled–the fight is on!

Hooking a mad redfish puts into perspective the power these fish really have. They have the ability to drag you around the marsh before tiring to the point you can land them, a micro-version of "Jaws" dragging the Orca across the ocean. By being so close to the water you are going to get wet trying to net this fish, sometimes even muddy. That is just part of the challenge of catching fish in a kayak. If it was meant to be easy everyone would be doing it!

Throughout the years I have been fortunate to meet and fish with some great people. I have fished with first-timers to old salts, teenagers to 80-year-olds, and all having the same linked passion. The kayak community is a great group of people with a wealth of knowledge about the sport. Not just here in Texas, but everywhere. I have met people from many coasts–Virginia to South Padre. Every one of them has been kind enough to share ideas, stories, and have even offered to take me fishing if I happened to be in their area. I would do the same for anyone traveling through Southeast Texas, just so they could see my world and perspective of the sport.

I was lucky to meet a gentleman recently that is a well-known face in the kayak fishing community. He is very avid person when it comes to promoting the sport of kayaking. He said something that really struck a chord with me and figured I would share.

"Fishman" Fil Spencer said, "We all are preaching out of the same book, it just has a different cover."

Though we have different ways of how we do things, at the end of the day we are accomplishing the same goal, and that is spending time on the water and doing what we love. We all share the same want and need to break away from the ordinary and explore new horizons. Everyone has a different experience when it comes to kayaking.

We all have days on the water that are no walk in the park, as they say. Mother Nature sometimes throws a curve and you spend the majority of your day fighting wind or any number of tough weather and water conditions she can send your way. I have had several days when I fished from sunup to sundown and came home empty handed, with nothing to show but a sunburn for the effort. Other days I have caught limits within a few quick casts. No matter the outcome, when returning back to your launch point, there is always a sigh of relief. You forget about the grueling paddle and the constant grind of trying to entice fish to bite. Everything disappears from your mind as you gaze west towards a setting sun and this is when you realize that it was all worth it.