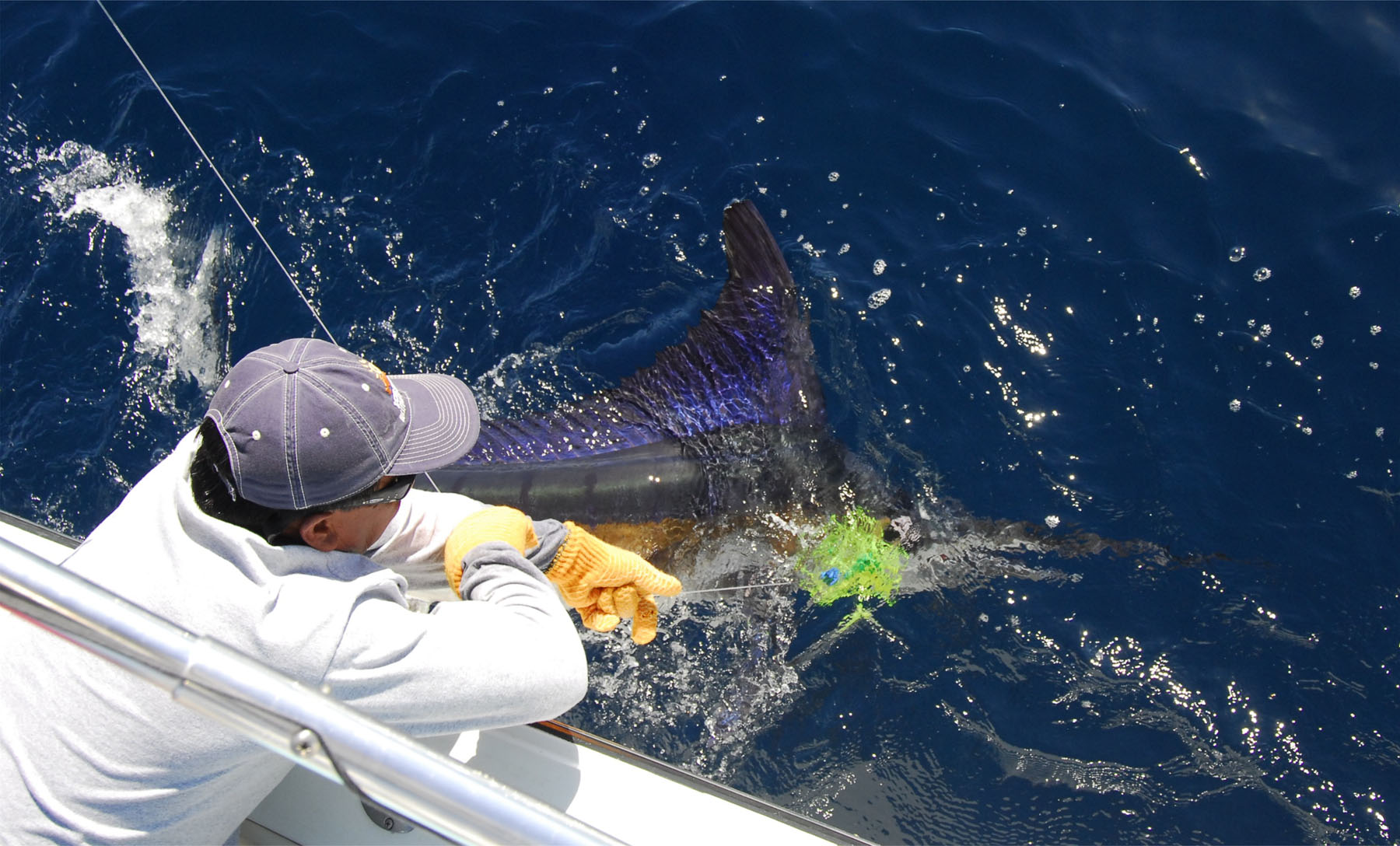 As with just about any adventure, it all started with a simple phone call. “Scott, I do not know if you would be interested, but I have a boat down in Cabo San Lucas and we would love it if you would join us for a couple of days of marlin fishing,” said Lee Skipper on the other end of the line.

I had yet to visit Cabo and so the adventure began...

Last week I drove up to the airport and hooked up with Skipper and two of his buddies, Steve Lyons and Brad Jackson and boarded the plane headed for Baja. While on the plane Skipper told me about how he ended up getting his boat down to Cabo and how he ended up in the fishing business. It was no surprise to me that the cost of keeping a boat down there was steep and that it would be only logical to hire out a crew to run and charter the boat to offset that expense.

Throughout the remainder of the flight he filled me in about his boat, El Bandito, and his crew and all of the stories about setting up his operation and about the fishing. I had always known that Cabo had a sizable sportfishing fleet but I never realized how great the fishing was off of Baja.

Once on the ground we decided to rent a Jeep to get around in which, incidentally, came in very handy on night number two of this adventure, but that is almost a whole other story in itself. Once we arrived in Cabo, we quickly checked into our hotel which I was pleased to find out was just a hundred yards away from a place that I have wanted to visit for years- The Cabo Wabo Cantina.

For those who are big Van Halen and/or Sammy Hagar fans, this is a place that you have either visited or at least know about. In 1988, Van Halen recorded a song called Cabo Wabo that basically glamorized life in Cabo. The song then inspired singer Sammy Hagar to open up a bar and create his own brand of tequila.

Anyway, the next morning we met Capitan Rygo Acevedo at the docks and were quickly underway. We had a comfortable ride out on the 29’ Blackfin under a beautiful morning sky and an hour or so later we were fishing. And, it did not take long before we had the first fish on and beside the boat. Immediately thereafter, we had a double on and . . . since a picture is worth a thousand words. . . I will let them do the talking!

Rock and roll and fishing- what more could someone ask for in a trip. For those who have not made the trip down to Lands End, I highly recommend it. It is an inexpensive trip to take and it is a blast! And yes, I did sample the Cabo Wabo.

To fish the El Bandito