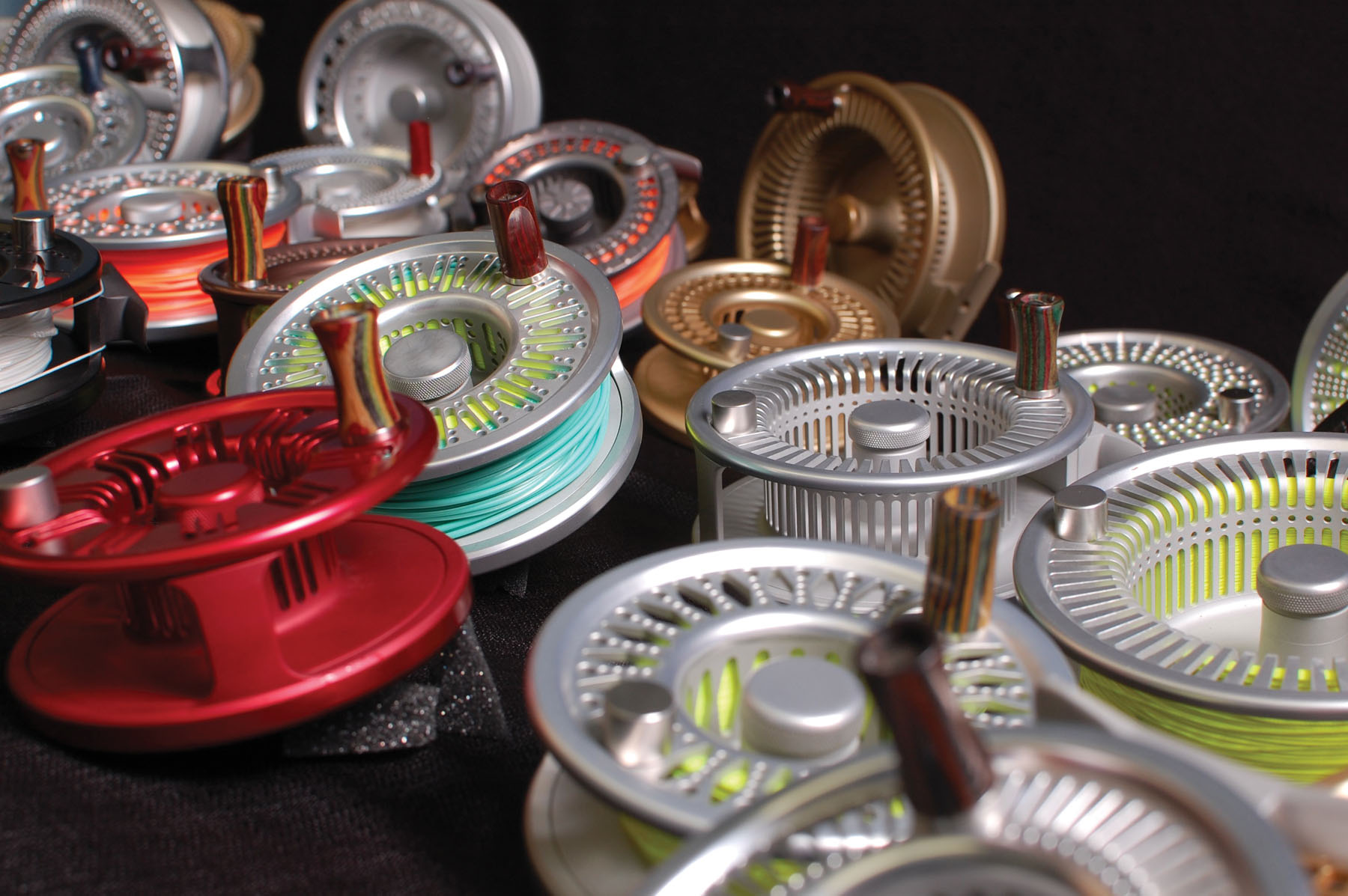 One of the things I truly love about my job is that, not only is the view from my office (poling platform) pretty damned nice but, I have the opportunity to do so much more than fish. For me, the creative side of my business really keeps me going when the weather is bad or fishing is slow. If you are reading this, it is obvious that I get to write about the things that I love and, it is no big secret how much I love photography, even though I rarely pick up a camera any more. And, while these things do keep me occupied and help pay the bills, one of my biggest passions has become product design and development.

Not so long ago I wrote in these pages about the push pole foot that I have been working on. Unfortunately, even though there are several being used and the molds are cut, I still haven't been able to bring it to market. Remember, I am just a dumb old fishing guide and know nothing of engineering and polymers. When we set out to design it, we had no knowledge of the injection molding process and did allow for the "shrinkage" once the super hot materials had cooled. In short- the shank of the foot was just a little too small which meant if it is not bonded perfectly, water can seep into the pole. The mold is being modified but, as you can imagine, it is hard to find someone good enough to make this change without having to start all over from scratch. A costly error on my part but fortunately, I have the ability to learn from my mistakes. In fact, this 'learning' experience I speak of has already been put to good use and applied to several other products that I have designed and prototyped to accompany the Skiff Gear brand should the concept ever come full circle.

Outside of the products that I have designed from my concepts, I have actually had the opportunity to work with other manufactures (mostly in the boating industry) as part of a team of select individuals to either help design or at least give feedback and input that would enhance current designs. For me, it has been rewarding and educational beyond my wildest dreams. I have gained insight not only into design, but into construction, materials and marketing. What more could an uneducated, dumb old fishing guide ever want in life? Health care and a retirement plan, that's what. Of course I am just joking- but very serious at the same time. Moving on….

While I cannot actually say it is the most recent project I have been involved with, it is the most recent to come to fruition. A few years back I was visiting a friend in the Florida Keys by the name of Tim Borski, who not only is a world-class fly angler, but a world renowned artist. We had just gotten in from a most excellent day of fishing the back-country of the Everglades and were unloading the skiff when Timmy's new neighbor came over to introduce himself. The gentleman introduced himself as Tom Kapusta and through further conversation revealed that he was a soon to be retired machinist. Timmy was quick to ask, "What kind of stuff do you machine?" The reply was simple, "Just about anything you could imagine."

Timmy quickly excused himself and retreated to his house to come out holding an old tattered custom fly reel. "Could you make one of these?" Tom took in his hand, looked it over and said, "Sure can."

As they started talking about the reel and why Timmy wanted another one, I had the chance to look it over and decided I had to have one too. I just love having custom toys so I inadvertently blurted out, "Hey Tom, if you are seriously going to make one of these I'll gladly pay to have a second one made."

A few months later I get a call from Tom and he is asking me for my address and tells me he has a reel to send me. "I'm really curious to hear what you think about it. Timmy suggested a few changes so I incorporated them. I think this is reel number five."

Then a week later I had my first of what would eventually become several of these reels and I was floored. I instantly picked up the phone and we started talking more about the reel and at the end of the conversation he told me that he was thinking about building more and was even considering starting a custom reel shop. "I would really like for you to be involved in the development of the product," he said. "Tell me what you like, don't like and what you feel needs to be changed."

I was jacked! We got started right then….

Now, here we are four years later after several major and minor improvements and Kapusta Reels are now a reality. The build of these reels is based on a more traditional, tried and true design than some of the newer designs that have come out as of late and, to say the least, being built to last a lifetime. In fact, I consider it to be something that can be passed down from generation to generation. But what makes them really special is the fact that these are not your everyday reels- they are custom ordered and built one at a time. You can choose the color you want and even get custom porting on the spool to match your personality. The short version is, you could have twenty guys standing at the dock and they could all have the same reel but not a single one would be alike. That is what you call custom and I like it!

All said and done I have found the prototypes that I have in my possession to be nothing short of bullet-proof and at the same time, just outright classy. And, I cannot overemphasize how much I'm looking forward to receiving my next reel that is currently being built- a reel that I have specified to be built very narrow for backcountry redfish and snook.

I will have to say, if there is any one thing in life that will do me in, it is my love for custom, built-just-for-me kind of stuff. Boats, guns, bows, rods and now- REELS! If you are the same way, go check out kapustareels.com or give me a call, I can fill you in on all the little details that you might not get from the website.

Until next month… be good and stuff like that!