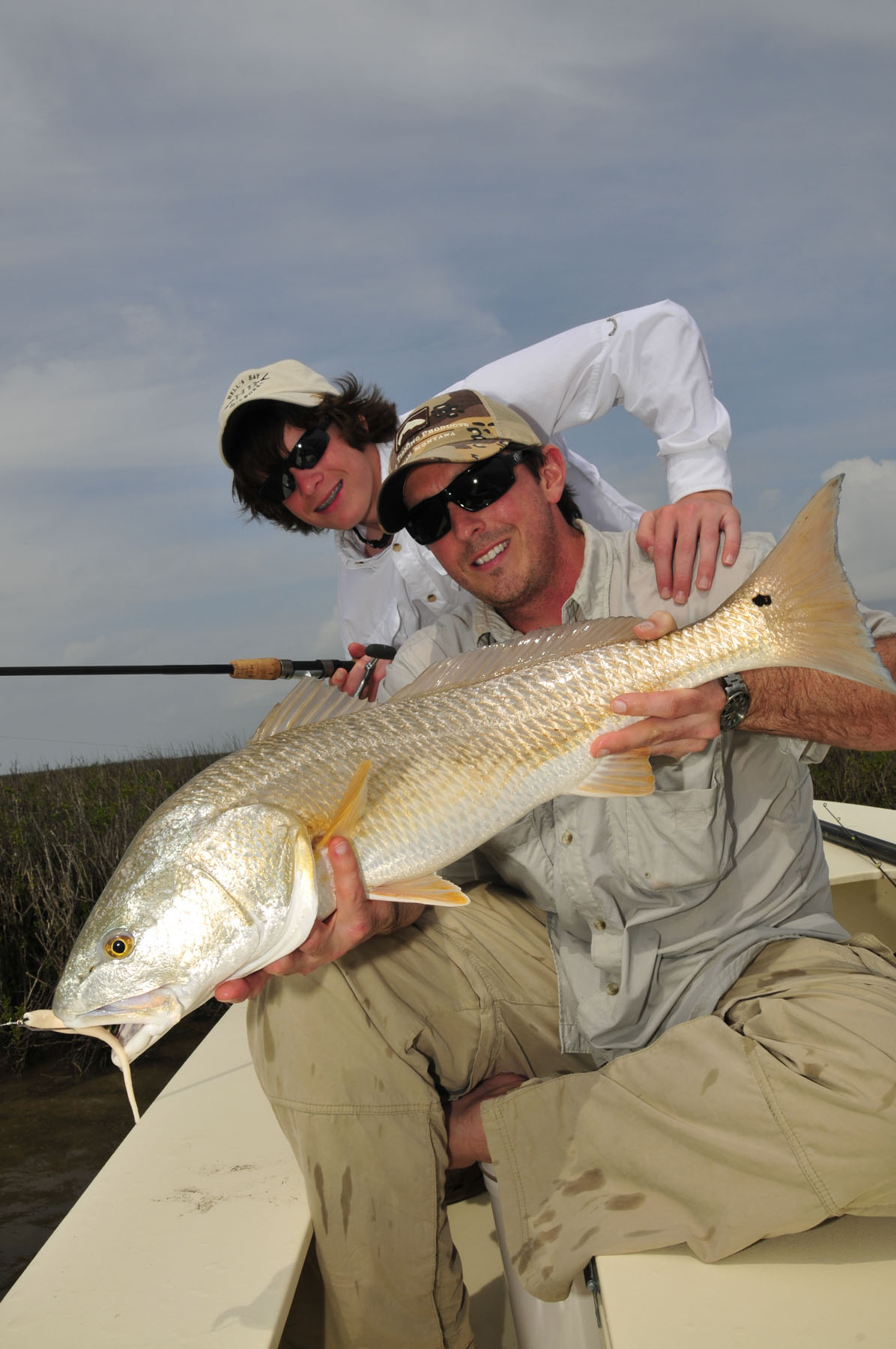 First times- we all have them and, they have such a profound effect on us, that they shape our lives and the lives of those that we hold dear. Whether you are talking about the first steps of a child, the first words that come not too long thereafter, the first day of school, or even a first date, the list can go on and on. Of course the effect these "firsts" have may only be minute or, they might be significant, but regardless, things are never the same. For example, I can remember a "first" that occurred many, many moons ago that, to this day, I still cannot believe where it took me.

Anyway, way back when I was a teenager, I received a call from the chapter president of our local GCCA chapter, Larry Stanley, asking me if I would like to join him and his friend S.T. Fergusson to fish in a little inter-chapter tournament. I accepted graciously and one morning not too long thereafter we were launching in the Colorado River in the dark.

We raced down the bay in total darkness to our first spot and, as we watch the sun come up, it was very apparent that it was not going to be a long day. Storms were building in the Gulf and the sun was struggling to peek between the thunderheads. Larry and S.T. bailed out of the boat and headed for some working bait in a nearby gut and I headed up to the shoreline to cast the grass-line for redfish. After walking and casting for quite some time with no results I decided to return to where Larry and S.T. were, by the looks of things, wearing the trout out.

Once I was close to them I slowed my pace as to not spook the fish that they were on. And, that is when it happened! Out of the corner of my eye, up on the edge of an exposed patch of oysters, I saw something that I had never seen before. I of course had to do a double take but, my eyes had not deceived me. There was a big redfish with its back completely out of the water up against the shore.

At this point, I turned in to a complete and total wreck. Buck fever had set in and it was not going away anytime soon. Needless to say, it took several casts to get the little Hogie to that danged ol' fish, but it did happen. And, when the fish saw it, it was like I had just rolled a bottle of whiskey into a jailhouse full of winos. The fish slammed the bait with reckless and abandon and I set the hook. Moments later, my prize had come to hand.

I had done it- I had sight-casted my first redfish and I am not talking about throwing at a wake or busting bait. I had seen the fish, I knew exactly where its mouth was and I put the bait in front of it. I was proud of myself but not near as proud as Larry and S.T. were. The ride back to the dock was surreal and I do not even remember hardly caring that I was getting blasted by the driving rain or salt spray.

The point of it all is, I have not been the same since and sight-casting to redfish has not only become a passion, it has become my career. Now, let us fast forward to this past weekend when I had the opportunity to guide Larry's grandson, Hayden Holley, to his very first sight-casted redfish.

Enthusiastic to say the least- this young man was fired up! I am telling you, fish need to fear this kiddo. Anyway, about twenty minutes into the trip Hayden was learning how to see redfish as they cruised under the glare of the water. He had trouble at first but it was not long before he got the hang of it. Then it all came together.

"Okay Hayden, there is a redfish swimming along the bank at ten o'clock," I instructed.

"I see him! I see him!" was his reply and the rest is history.

Now, what really makes this a special moment for me is that he is one of the youngest members of a family that I have been friends with for over 25 years. In fact I can proudly say I have had the privilege of not only taking him out to sight-cast to his first redfish, but also have guided Larry, his son Theron and Hayden's father, John Holley all to their first redfish on fly. And, to think, it all started with one danged ol' redfish. It is funny how things come full circle. My Best to you all!