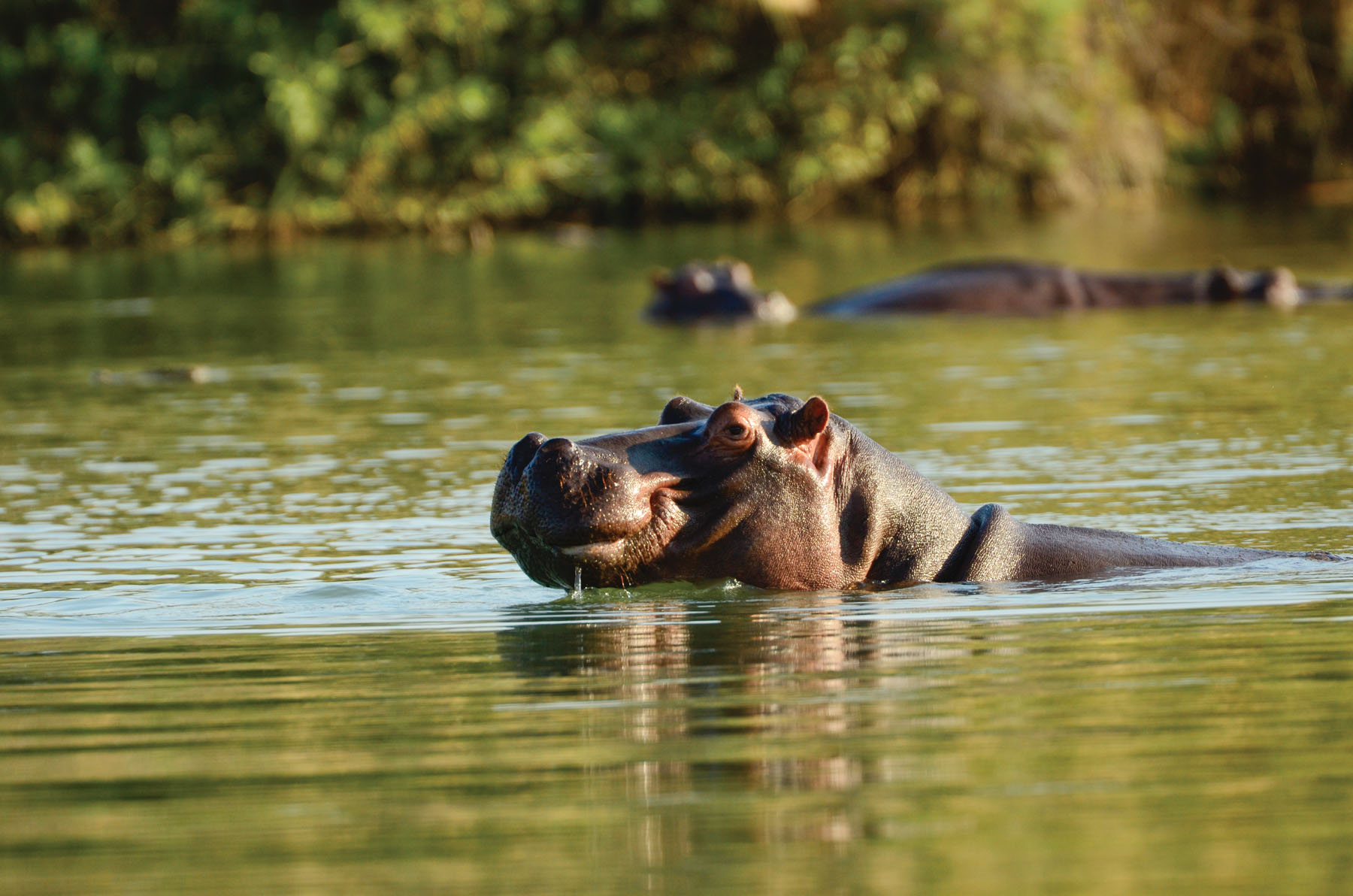 So, about a month ago when I was turning in last month's column to E.J., I informed him that my material for the next month was going to be later than usual. He inquired as to why and I, with great enthusiasm, explained that I was going to Africa for almost the entire month and was not supposed to return until five or so days after the deadline. He assured me that it would not kill him to receive the material a little late and wished me a good trip. I thanked him and then asked if he would mind if my next piece was about the trip and not so much about fishing. His reply was, "Well it is called According to Scott." So here we go.

All I can say is WOW! For the first time in I do not know how long, I have found something that has truly inspired me. Talking about the ultimate outdoor experience. Imagine lying in a tent at night listening to a cacophony of new and strange sounds as a variety of animals move through and feed in and around the camp. Then there is a momentary silence that no words can describe. Then the animals start barking alarm to one another as what can only be described as low growl is heard. Holy crap! Was that a lion that I just heard? Needless to say, I did not go outside to find out.

They say Africa is where all life began and it is easy to see why. For every species of animal that you might see while hunting here in Texas, you would, on most days, see five times that many different species while exploring the African bush. More over, I was surprised at how much the numerous areas that we hunted were like our Texas Hill Country and some even resembled the most westerly, more rocky parts of South Texas.

What surprised me most about the trip was how different the terrain was compared to what you might see in some National Geographic special. It was nothing like that at all and very few of the animals would actually stick around for a photo op like you might see on television. These critters were as wild and as easily alarmed as any I have ever seen.

Outside of the shear adventure of the hunt, which included the tracking and stalking of various animals, there were the nights when you could look to the sky and more stars that humanly imaginable. To me, one of the greatest experience of my life was looking to the sky and seeing the constellation known as the Southern Cross for the first time which can only be seen in the southern hemisphere. But what was even more surprising and quite pleasing, is that I was able to look to the sky every morning before the sun came and see Orion the Hunter, a constellation that can only be seen in Texas about six or seven months of the year which incidentally appears just before dove season starts and can still be seen well into spring turkey season if you are looking hard enough for it. Coincidence? Probably, but interesting none the less.

Anyway, I am going to cut this short so there will be more room for more images but, as I said, the trip inspired me and I suspect that my next couple of pieces will include some anecdotal comparisons between hunting in Africa and our fishing here at home.

Oh, and by the way, we did find lion tracks on the road leading into the camp the next morning. Did any of you ever see that movie Ghost and the Darkness? Sends shivers up my spine just thinking about it.